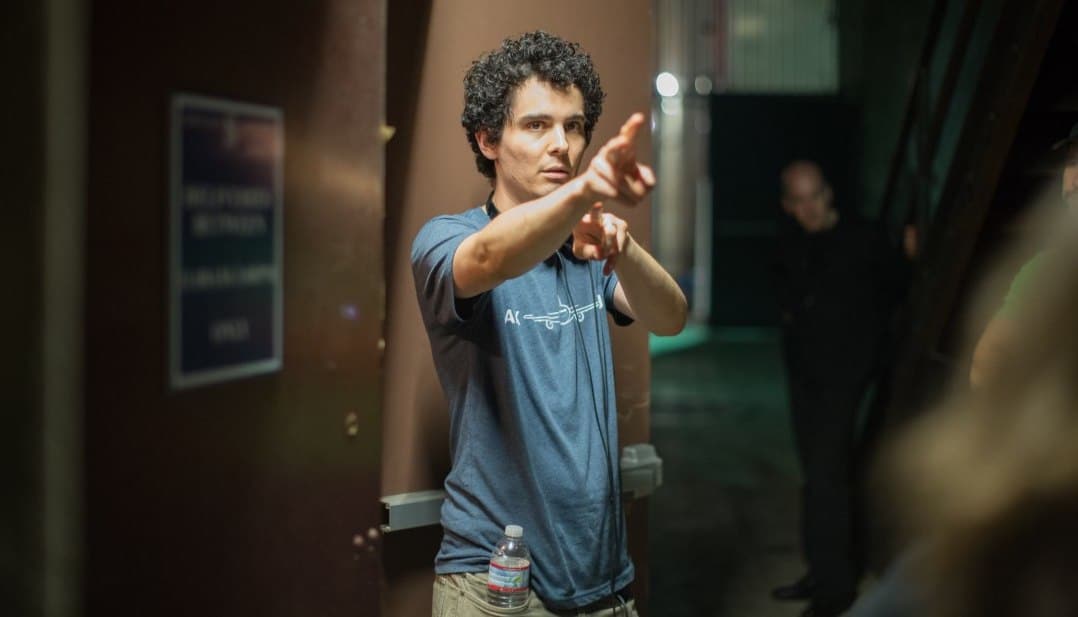 He’s a modern-day Hollywood heavyweight. But it’s easy to forget that it’s not long ago at all that Damien Chazelle was the industry’s hottest new thing. He’s a director who has rapidly risen up the ranks but someone whose intelligence is visible in the subjects he tackles and the breadth of his influences. So it’s for this reason that we’ve put together 15 fascinating Damien Chazelle quotes for writers and filmmakers to get inspired by.

Unsurprisingly, Damien Chazelle was training to be a musician before filmmaker (although he has said filmmaking was his first love). At Princeton High School, Chazelle was part of a studio band and has cited this experience as inspiration for his breakout film, Whiplash.

He failed to make it as a jazz drummer and so pursued his first love instead. But the two disciplines would overlap. Indeed, Damien Chazelle’s first three films take music as their subject matter. Guy and Madeline on a Park Bench tells the story of a couple navigating love amidst various jobs in music. Whiplash tells the story of a brutal jazz teacher and student. Whilst La La Land uses the language of a musical to tell the story of a romance between an aspiring jazz musician and an aspiring actor.

All of Chazelle’s films arguably deal with the chasing of a dream and the realities of such a chase. He seems fascinated by what goes into being an artist and the folklore that comes with it. Even his film about Neil Armstrong, First Man, is about the imagery of dreams and the reality of dealing with success and fulfilled aspirations.

Each of his films has, in some way, progressed on the idea of showbiz aspiration. From the out-of-work musician to the budding student to the jobbing musician. Even the context of Hollywood’s transition from silent to sound films in the 1920s (Babylon) provides a background of music and the movies as a playground for aspiring artists.

Damien Chazelle, therefore, seems uniquely placed to provide insight into the process of being an artist and the allure of Hollywood. Through the below 15 Damien Chazelle quotes, it becomes even more evident that he’s a filmmaker obsessed with the life of the artist.

1. “There something to be said for having even unrealistic dreams. Even if the dreams don’t come true – that, to me, is what’s beautiful about Los Angeles. It’s full of these people who have moved there to chase these dreams.”

2. “If you want to make a movie, there may be many forces trying to pull you down, but really, a lot of it is willpower. You can will it into being if you just believe that you are going to make a movie.”

3. “Certainly, grades only matter so much when you’re in Hollywood. But I became an utterly motivated, devoted, committed student. I was a good student because I was convinced that it would somehow help me in my quest to become a filmmaker.”

4. “Whiplash scared me. I feel you should only do projects that scare you to some degree. I get motivated by those sorts of feelings.”

5. “My motivation for being a good drummer was born out of fear, which, in a way, seems so antithetical to what art should be.”

6. “I do truly believe that the smallest stories can wind up being the biggest because it’s through the specific that a writer can best access the universal.”

8. “I love the idea of using film language similarly to how musicians use music – combining images and sounds in a way that they create an emotional effect.”

9. “I love the idea of thinking of cinema as not that far from music. A lot of my favourite movie makers, the way they move their cameras or the way they cut just feel very musical – even if the movies have no music in them at all.”

10. “In some ways, jazz is the most precise of art forms and the loosest in the sense that it’s all about improvisation, but the musicianship required is kind of insane. To actually play with real jazz musicians is a different level of musicianship that almost has no equal in any other form of music in the world.”

11. “When you’re trying to paint a portrait of a very specific world, you’re trying to show what makes the world different. So, sometimes it means exaggerating certain kind of aspects, but I don’t think it’s that important or it’s that much of an issue as long as you get an emotional truth across.”

12. “The go-to reflex all over Hollywood is still likeability. I’ve always had a problem with it because I think I have a weird barometer in the sense that some of the characters I’ve cared about the most in movies are characters that are often thought of as despicable.”

13. “Whiplash was just a lucky kind of convergence of events in that I’d been trying to get a bigger project off the ground with no success for a while, and then finally, out of frustration, I just wrote this leaner, meaner, personal script about my experiences as a jazz drummer, and that’s the one that wound up getting made.”

14. “I don’t like the idea the viewer can kind of sit there and go, ‘Make me like this person.’ People aren’t inherently sympathetic.”

15. “Real practice means working on stuff you’re not good at. Real practice is about butting your head against the wall repeatedly until you get it right.”

Feeling inspired by these Damien Chazelle quotes? Take a look at our list of Nora Ephron quotes and Martin McDonagh quotes for some more inspiration.