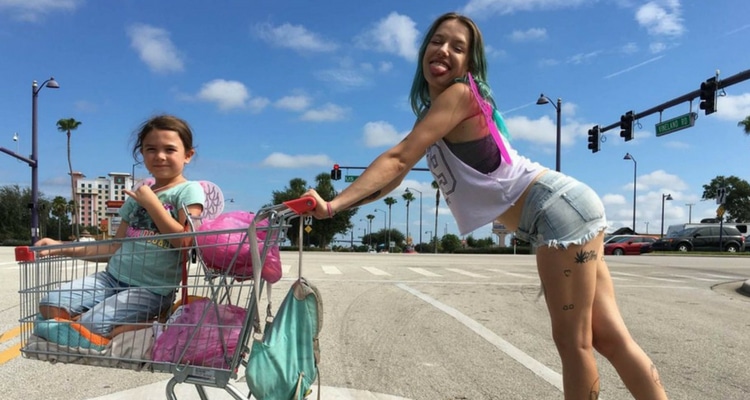 The terms “plot-driven” and “character driven screenplay” get thrown around frequently.

If a film has a narrative – that is, if it tells a story – then surely it will have both plot and character.

So what’s the difference between a plot-driven and character driven screenplay?

And is it a useful distinction?

The difference between a plot-driven or character driven screenplay normally comes down to its genre.

They tend to drive towards a certain conclusion. The conspiracy will be uncovered, the killer will be caught, or the monster will be defeated (for now…).

In plot-driven stories, characters still push the plot forwards by making decisions. They still have backstories, motivations, and everything else that makes up complex characters.

It just means that the story focuses on the events, rather than the characters’ internal lives.

The coming-of-age genre provides many good examples of the character-driven screenplay, for example BOYHOOD, 20TH CENTURY WOMEN or THE FLORIDA PROJECT. The BEFORE trilogy (SUNRISE, SUNSET, and MIDNIGHT) are character-driven romantic dramas.

In the character-driven screenplay, conflict is mainly internal, rather than external.

However, the writer still needs to externalise this internal conflict so it’s visible on screen.

Crucially, characters have to be complex enough to support a character-driven screenplay. The writer needs to give the characters opportunities to show multiple sides of them through interacting with other characters and with different facets of their environment.

It’s possible to find new takes on familiar genres and stories by adjusting the balance between a plot-driven and character driven screenplay.

There are several recent examples from the sci-fi genre. ANNIHILATION, adapted by Alex Garland, follows a team of scientists and soldiers on a mission to find out what the mysterious ‘shimmer’ is. A framing device reveals that most of them didn’t make it back.

However, there are bigger mysteries in the ensemble of characters.

Who are they, and why have they volunteered for a suicide mission?

ARRIVAL, written by Eric Heisserer, likewise finds a new take on its genre by tilting towards the character driven screenplay. The plot begins with the army contacting an expert scientist (Amy Adams) for help making contact with extraterrestrials, as many alien invasion films do.

However, the story begins with her character experiencing the loss of a child.

Spike Jonze‘s HER establishes a complex future society but uses it to tell a character driven story.

However, like Ramsay’s previous films, it focuses entirely on its main character and his psychology. Following the plot becomes almost incidental to diving deeper into his mental state.

Each scene in a script has its own story, its own focus and trajectory. On an individual level, a scene can be plot- or character-driven. Many of the best moments in plot-driven films come from character-driven scenes.

One of its best moments is when villain Hans Gruber (Alan Rickman) comes face-to-face with isolated hero cop John McClane (Bruce Willis). So far, they’ve only spoken over the radio. Gruber puts on an American accent and poses as one of the hostages.

This scene is full of plot-driven tension. Will McClane figure out this other man is Hans Gruber in time?

However, it also allows for a respite in the action-heavy plot in which both characters get to know each other.

Similarly, the radio conversations between McClane and Sgt. Al Powell, the only policeman outside who’ll listen to him, are crucial to the pace. They exchange information that’s vital for the plot, but also open up to each other and grow as characters.

As SEINFELD proved, it is possible to write a successful sitcom with very little focus on plot, simply by creating characters that react in entertaining ways.

THE GOOD PLACE subverts expectations by being a highly plot-driven sitcom. Every few episodes the show introduces a new premise, one that could sustain an entire show itself, and explodes it completely.

There’s also variation within shows themselves.

Procedural mysteries like the CSI and LAW & ORDER franchises, or MIDSOMER MURDERS, SHERLOCK and LUTHER tend to be plot-driven.

However, as the episodes and seasons progress, even these shows introduce character-driven subplots and episodes. HOUSE, for example, later featured an episode that revolved entirely around Dr. Cuddy, a character that was normally House’s foil.

The “bottle episode” is a TV tradition with a long history. When shows are going over budget, they’ll produce an episode that takes place in few locations (ideally one) and with just the core cast.

There are also other (creative) reasons that shows might produce a “bottle episode.” Because they often take place in a single location, they tend to be more character-driven than plot-driven.

BREAKING BAD is character driven by Walter White, with several key secondary characters such as Gus Fring. One example, is the BREAKING BAD episode “Fly”. The plot is simple. Walter White becomes obsessed with finding and killing a fly in his lab, thinking it will contaminate his product.

The fly becomes a metaphor for Walter losing control in his life. It’s a key character-building moment, leading to Walt and Jesse talking about their feelings and their families.

Learning from the character-driven screenplay

What draws you to the story? What enters your imagination first? The characters or the plot?

In some ways, a plot-driven and character-driven screenplay is a false binary. It’s more like a spectrum, and each story will fall in a different place.

Thinking on the level of individual scenes can be helpful. If your story gets stuck, consider switching up between character-driven and plot-driven scenes.

Introduce a plot development that the characters have to respond to with quick action. Or slow or pause the action, while not letting up the tension, to dive deeper into the characters, their interpersonal and internal conflicts.