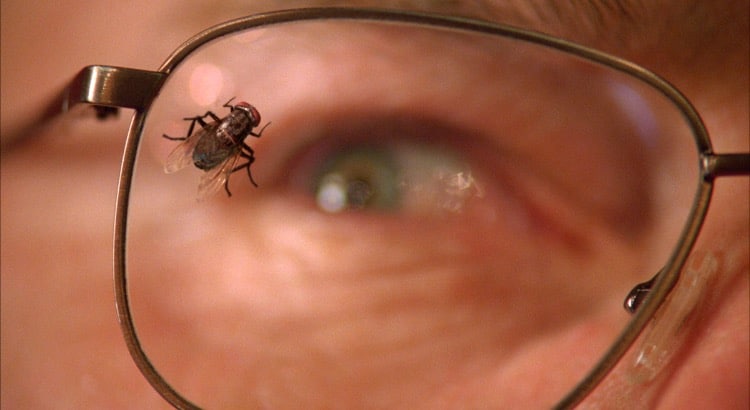 Most TV series, whether comedy or drama, have a bottle episode at some point. And they can often take pride of place in the series’ history. They can serve as a crucial moment to bring together important themes in a focused way. Whilst practically they can also serve as a budget saver within the middle of a series, restricting all the action to one location.

In this article we’ll take a look at what makes a great bottle episode, the key steps of writing one and some of the best and most famous examples.

What is A Bottle Episode?

Bottle episodes require a big amount of imagination in a restrictive setting. TV series have a fixed budget, and while you could think production costs would be spread evenly across episodes, it’s actually far from it.

Not only do they serve as budget savers though, but they can also provide a change of pace and illuminate some of the series’ running themes. They can shine a spotlight on characterisation amidst heavy action, or force characters into a revealing situation.

A bottle episode will typically:

Why Are Bottle Episodes Used?

Imagine your favourite TV series, and there will likely be at least one bottle episode within that series. This is often the result of production companies spending more money on certain episodes. Whether it is a specific stunt, effect or an exotic location, producers will invest money in the most important episode of that series.

This is why we often see a season finale set in a one-off location. For instance, the Friends Season 4 finale, was set in London (where Ross marries Emily) and divided into two parts.

One week we see an epic bloodbath full of explosions & effects, next week, we might find our characters stuck in an elevator, opening up to each other. Writers have to constantly adapt to the locations and storylines they have at their disposal.

Bottle episodes, though they restrict writers to one setting and a certain number of characters, also open up opportunity for creativity. And in recent years bottle episodes have gone from just money savers to opportunities for the creative team to really flex their creative muscles. A bottle episode can be and often is a showpiece within the series.

Let’s look at the essential building blocks of writing a bottle episode.

How Do You Write A Bottle Episode?

1. Use Limitations To Your Advantage

Whatever your setting is, be it an elevator, locked room or underground bunker, you’ve got to use the location to heighten the drama. Let’s say your location is a closet, and you have two characters that are locked inside it. How could you use this to your advantage?

Furthermore, setting the episode in one location allows you to really explore the contours of that location. What is its atmosphere? If it’s a previously visited location, is there something we (or the characters) might have missed up until this point?

2. Make Things Difficult For Your Characters

Nothing should ever be simple for your characters. We as viewers enjoy seeing characters struggle, overcoming tough situations and developing as the story progresses.

Sometimes we see a character knowingly trap someone in a situation, to prank them, but it backfires. This is a great way to instil conflict into the episode. One character is unaware the entire situation was a prank gone wrong, whilst the other, feeling guilty, has to hold their tongue.

Again, the bottle episode is about pressure. And the characters have to both feel and manifest that pressure in their actions.

3. Give The Characters Something To Do

For example, the plot of your episode might be a character cooking a meal for their boss, with the episode shot in the kitchen. There’s a lot they could be doing and also a lot of things that could go wrong.

The characters within a bottle episode need to be preoccupied. This way, the limitation of the setting is distracted from. Whilst there’s no (or little) literal, physical movement, the character’s emotional movement will make up for it.

Who wants to watch an episode starring two characters who get along spectacularly? Not many people. Given the limitations of the setting, conflict through dialogue and actions are more important than ever in a bottle episode.

There has to be an imbalance in the characters’ relationships. We need there to be disagreements that create conflict and consequently drive the episode along.

The characters’ relationships also need to have an arc within this bottle episode. They need to go on a journey together, one that includes conflict but one in which some kind of resolution (if only temporary) is arrived at eventually.

5. Give the Episode a Focus

Perhaps the most important element of a bottle episode is what is at its center. What are the characters focused around? What is driving the plot? The episode should center around something with a resolution in sight, whether it be an event, task or problem to solve.

There needs to be some kind of unique reason for the characters and story to be trapped in the singular location, where previously the series has been vast in its use of locations.

The actual focus might not be important to the series overall and you might even forget what it was after a few episodes. But the focus, whatever it is, needs to be a vessel for other important thematic and character elements.

Friends – ‘The One Where No One’s Ready’

Potentially one of the best examples of a bottle episode. Even though the episode runs for just 22 minutes and is in one location (Monica & Rachel’s apartment) there’s lots going on.

Why does this work so well as a bottle episode? Well, let’s look at the events that take place during the episode:

Straight away, the stakes are high for Ross, who places importance on this night for this career. For Ross, the clock is ticking and it’s up to him to get his friends out of the house.

What makes this a good example of a bottle episode?

Looking back at the five things a bottle episode needs, do the writers of this episode tick the boxes?

The plot of the episode is that a fly has infiltrated the lab, and the pair must kill it before it contaminates their batches of meth. In short, it’s 45 minutes of Walt & Jesse trying to kill a pesky fly. That alone sounds distinctive.

This is actually the lowest-rated Breaking Bad episode, according to IMDb, with a rating of 7.8/10 (which in terms of the worst episode showcases Breaking Bad‘s high standards). However, some people also rate it as one of the best episodes in the series. There are a few reasons for this division of opinion:

What this episode does perfectly is delve deeper into Walt’s character. Walt isn’t just annoyed that the fly might be a contamination.

Truly, Walt is anxious about toeing the line working for Gus Fring, worried that one little slip up might lead to his death. At the beginning of the episode, we see Walt struggling to sleep. This highlights his prior anxiety, which he consequently channels into the fly.

Why does this work well as a bottle episode?

Unlike the Breaking Bad bottle episode, The Sopranos episode ‘Pine Barrens’ is more uniformly hailed by critics as one of the best in the entire show.

The main plot of this episode is: Christoper & Paulie mess up a simple collection from a Russian mobster, leaving them stranded in a snowy wood, almost freezing to death. Their only hope is Tony being able to track them down.

Right from the off, we have two dysfunctional, contrasting characters in Paulie & Chris. These are two characters that throughout the series are known to lose their cool. Putting them both in a life or death situation is genius in terms of conflict and entertainment.

Why Does This Work Well As a Bottle Episode?

There’s a lot this episode has going for it, not only to do with Paulie & Christopher’s plot, but also the sub-plot of Tony – who at this moment is struggling to keep a balance between his family & mistress.

This episode brilliantly highlights the key elements of a great dramatic bottle episode – tension, high stakes, a difficult problem to solve and a unique, specific location.

To Conclude: What To Remember About Writing Bottle Episodes

A bottle episode is a perfect opportunity to apply pressure to your characters, calcify running themes and showcase your creativity.

What can you achieve in a bottle episode that your usual action won’t allow? This is the essence of creating a good bottle episode, forcing your characters into an unusual situation with external pressures revealing something specific and unique that will, overall, move the rest of the series’ plot forward.

What is a Bottle Episode?

A bottle episode is an episode of a TV series, primarily set in a single location. The episode will be set within a restricted time period and typically focus around a singular event. It’s named a ‘bottle’ episode as it is self-contained, resolving the issues brought up within the episode in the episode itself.

Why Are Bottle Episodes Used?

The main purpose of a bottle episode is to keep production costs down or to serve as a showcase for the series. It can be a break from the series’ typical action and an opportunity for the creators and cast to flex their creative muscles.

What is an Example of a Bottle Episode?

Two characters might be trapped within a location, with a primacy focus to concentrate on. The pressure of these two factors will exert on the characters and reveal important elements of plot, character or theme. For example, a couple may be trapped in an office room, be trying to get out and reveal feelings about one another.

How Do You Write a Bottle Episode?

Bottle episodes are dependent on choosing a location that is simple but effective. Use your limitations to your advantage, by giving your characters things to do during scenes. Always give your characters a problem to deal with, one that they can’t just walk away from, in order to heighten the conflict and drama.

This article was written by Sam Lyne and edited by IS staff.