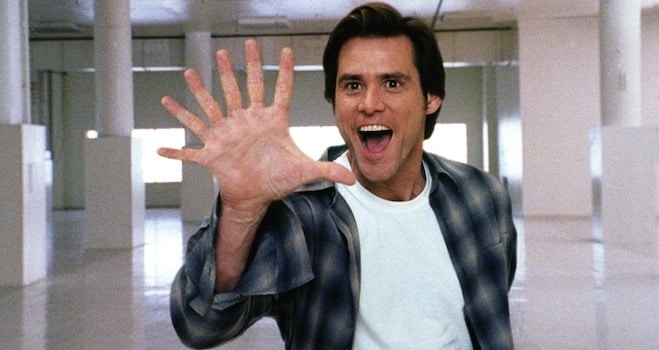 The comedy genre has boundless opportunities. It has an evergreen appeal to audiences, especially in dark times. We all need the tonic of humor and a light-hearted premise at some point. And a ‘high concept’ comedy channels this appeal in one of the most striking ways possible.

What is a High Concept Comedy?

A high concept comedy is one of the many different sub-genres of comedy. And in an ever-competitive industry, a comedy with a unique premise driving both the story and the humor is a shortcut to standing out from the crowd.

Executives, producers and script readers will all tell how you how much a clear premise will make your screenplay stand out from the piles they read every day. And this is particularly true of comedy.

A high concept premise creates a clear motivation and ground for comedy.

It can be described as a type of story that is easily pitched, has a brief and clear premise and is often characterized by a ‘what if…’ scenario that stimulates the plot. There might also be a fantastical element to this premise.

There are similarities between a high concept comedy and a fish out of water comedy. Indeed, many overlap with each other and the rules don’t have to be strict in this regard.

One of the distinct characteristics of a high concept comedy is the typical description of the entire premise in the title.

This is just a hint towards what a high concept comedy is. It’s a comedy that has its premise front and centre. This is what will drive the comedy and this will be the film’s standout feature.

You can see how the following high concept comedy movie examples have a premise that is strikingly and compellingly clear in only one or two sentences.

The Key Elements of Writing a High Concept Comedy

So how do you go about writing a high concept comedy? The premise might be half of it, but how do you execute this engagingly? How do you build a narrative around a unique and distinctive comedic premise?

We’ve summarized some of the essential elements of writing a high concept comedy and fleshing out what comes around your unique premise.

1. What is Your High Concept?

High concept films are relatively simple ideas. This simplicity arguably makes them harder to write. You need to intrigue, entertain and humor your viewer whilst delivering your story in a witty and structured manner.

The premise is clearly the most important element of your high concept comedy. So finding it is the first key step of writing your screenplay.

The easiest way to approach a high-concept premise is with ‘what if’ or ‘fish out of water’ scenarios. These make a great start for a simple but interesting plot. They set up a question and prompt you to come up with a creative answer.

A few examples of successful ‘what if’ scenarios:

All of these scenarios are simple but bring comedy and intrigue due to the inevitable conflict within the ‘what if’.

To find your own premise, look for scenarios that will make you laugh. The wilder the idea the better. And then eliminate what seems to be too outrageous or too simple (boring) to arrive at your own unique high concept idea.

High concept films are idea-driven rather than character-driven. The characters are thrown into a specific scenario and faced with a set of challenges that will reveal who they are. Whilst the character is an important part of the story and comedy, the concept leads.

Despite high-concept comedies being driven by an idea rather than explicitly by character development like for example, in a coming of age movie, your lead character(s) will play an important role in the unraveling of your idea.

To ensure that your characters don’t take over your idea, make them human. This is where how they react to the scenario will be interesting. Give them flaws and establish them in the first few scenes. These flaws are what will set up the high concept and how these flaws will be addressed is what will drive the story as it relates to the high concept.

Don’t forget too that you are writing a comedy. Especially with idea-driven scripts, keep in mind that the audience will be looking for humor in the situations that your characters find themselves in.

Liar Liar is the perfect example of this. The protagonist‘s flaw is that he can’t not tell lies. It’s an essential part of both his job but also his personal life. The high concept premise (that he physically can’t lie) forces him to tell the truth and in the juxtaposition between his natural inclination to tell lies and the fact that he can’t, comedy is created.

The high concept is kind of the inciting incident in this sense, the force from above that forces your character to change when nothing else will.

3. Setting Up the Protagonist

Before you introduce the high-concept and comedic elements into the script, you have to set it up. This is achieved by introducing your lead character in their normal world and to their flaws that will eventually be ‘transformed’ by the end of the film.

By showing the protagonist in their ordinary world you can later create a conflict between ‘comfortable’ and ‘uncomfortable’.

In Liar Liar the film’s opening scene set ups the premise of the film in a comedic way:

The premise is established in the first few moments:

Then we are introduced to the protagonist himself, Fletcher Reede:

Fletcher Reede is in his element. Going forward, the aim is to take him away from his comfort zone…

This is the next element in the development of your story. Following an introduction to the protagonist and their world, it is time to introduce the conflict.

Within a high concept comedy, a conflicting element is usually surreal. In fact, there are not many limits in a ‘what if’ scenario. If you can make it credible for the audience, the conflict can be as unreal as you want. You just need a way and a reason to introduce the fantasy element.

These characters experience unreal events that force them to change their lives. They are thrown out of their comfort zone by an event they couldn’t possibly predict. Their actions and how willing and able to change they are will dictate the plot development.

They will likely react slowly (if they changed instantly there wouldn’t be much of a story) and the initial obstacle will breed further ones. The way this external change affects the character has to ripple out, creating a variety of scenarios for the character and the audience to engage with and overcome.

5. Where Does the Comedy Come From?

The comedy will primarily stem from the difficulty the protagonist has in adapting to this new world. There has been a sudden shift in how they have to interact with the world and the protagonist can’t keep up with it.

This will likely lead to some extreme situations. The protagonist will be made uncomfortable and this will result in some amusing scenarios.

Comedy in these situations is often excavated through extremity. The character will react in an over-the-top way to their new situation. It’s the perfect example of why Jim Carrey is so adept at performing in high concept comedies. He is a master of extreme, over the top reactions, after all.

But the screenwriter needs to create the circumstances for this extremity, even if the performance will add a whole new layer to it. Make your situations surreal and/or uncomfortable and heighten your character’s reactions.

Furthermore, have fun with the juxtapositions that the high concept premise will throw up. Think of the worst and best things that could come from it and use these ideas to find comedy.

Conflict will help you raise the stakes in your screenplay and this will keep the audience interested. The more your characters have to lose due to the conflict, the higher the stakes get.

This will also allow you to find comedic opportunities throughout your story. This is particularly the case as we watch the characters struggle and fail against an odd situation, finding difficultly in navigating it or explaining it to those who don’t understand.

For Example, in Liar Liar:

So the double stakes of Fletcher’s career and personal life entwine and raise the stakes to their fullest potential (within the context).

These kind of high stakes and pressure on the protagonist are what keeps the audience engaged. The high concept has to force a change. But that change should only come when everything seems at stake. People don’t change in an instant, after all, they have to be viscerally faced with what the consequences of not changing will be.

The final but not least important element is the ending. The protagonist of a high concept comedy will typically always have a happy ending, at least in terms of bettering themselves.

After learning their lesson, they can return to the ordinary world. However their ‘ordinary’ is now different due to the moral change they experience through the conflict in the film.

The resolution of a high concept film comes from a change in the protagonist through a number of challenges that they overcome during the course of the story. The high concept presents these challenges.

And a high concept comedy is a story in which the juxtaposition between the need to change and the protagonist‘s reluctance or inability to leads to comedic situations.

What is a High Concept Comedy?

A high concept comedy is a comedy that has a distinct premise, often characterized by a ‘what if…’ scenario. There might also be a fantastical element to this premise, one which forces the protagonist into changing and sources comedy from this juxtaposition.

How Do You Create a High Concept Comedy?

Find your protagonist, locate their flaw and force them into a situation where that flaw has to be worked on or solved in order to break the circumstances of the high concept premise. Audiences will accept a wide range of fantastical situations provided they feel believably rooted in the protagonist‘s characterisation.

How Do You Write a High Concept Comedy?

This article was written by Elena Bulatovskaya and edited by IS staff.