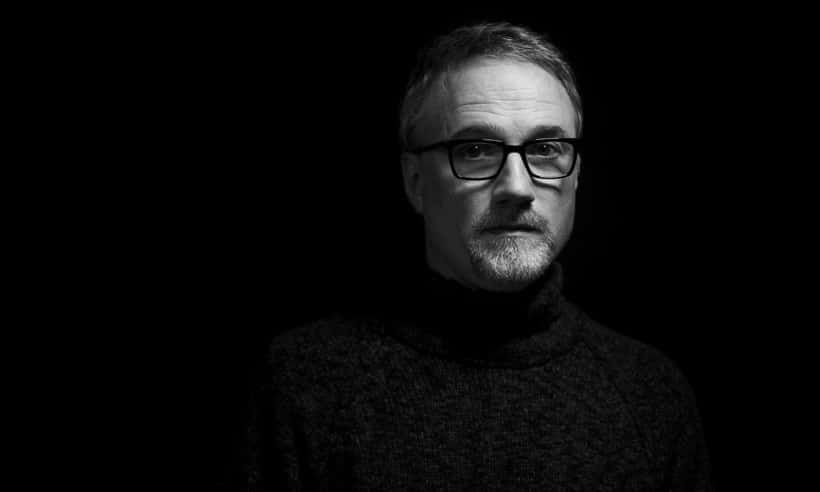 One of the most admired directors of the last 30 years, David Fincher continues to fascinate with the work he creates. From his breakthrough in the early 1990s as an exciting upstart to what he is now, a well-established auteur, he’s always been a filmmaker that has impressed audiences and critics alike. We’ve compiled 15 great David Fincher quotes to show the breadth of his industry expertise but also the way that creativity and artistry remain at the heart of what he continues to do.

Fincher directed his first feature, Alien 3, at age 30. This alone is an impressive feat. However, more impressive is the track record he had within the industry before this first feature breakthrough. Initially starting out working for George Lucas’ Industrial Light & Magic, he soon found himself directing TV commercials. And in light of this, he co-founded a production company, Propaganda Films.

He directed commercials for the likes of Sony, Pepsi, Nike and Chanel and whilst he professed to hating it, it wasn’t long before he progressed onto something more artistic, directing music videos. This was a well-established path for directors in the 1990s, with the likes of Mark Romanek, Spike Jonze, Michel Gondry and Zack Snyder not only working on music videos and commercials but working directly with Fincher’s Propaganda Films.

Fincher in many ways blazed this trail, giving inspiration to working directors when he landed the job directing Alien 3. By Fincher’s own account this wasn’t a good experience. And his first film would end up being one he could barely bring himself to watch (“No one hated it more than me…”).

Proving once again that a career in the film industry is never a straight upward trajectory, Fincher went back to directing commercials and music videos. That was until he read the script for Se7en by Andrew Kevin Walker.

This would be the film that would launch Fincher as one of the most exciting working filmmakers. It was a great script brought dynamically to life in a stylish, chilling manner. And Fight Club capitalized on this cachet, another bold and stylish work that highlighted Fincher’s music video background. The striking visuals make a striking story an irresistible piece of cinema, one that continues to be watched, loved and debated to this day.

If David Fincher’s stylish, dark, countercultural films defined 1990s American cinema, his films in the 2000s represented a maturing style. They similarly seem to sum up the decade’s cinematic style.

Paranoid, cold and dynamic features make up Fincher’s work in this period. Panic Room, Zodiac, The Curious Case of Benjamin Button, The Social Network – all these films feel both similar to Fincher’s early work and more mature and varied at the same time.

Fincher was also at the forefront of digital technology, pioneering its use in Zodiac and continuing to use it for his next films. Furthermore, the special effects used to de-age/age Brad Pitt in The Curious Case of Benjamin Button harked back to Fincher’s career beginnings in VFX. He again helped pioneer and make new technology mainstream.

The success of The Social Network, which garnered Fincher a Golden Globe, was followed by The Girl With The Dragon Tattoo and Gone Girl – two dark and pulsating thrillers that felt like a callback to Fincher’s original breakout thriller, Se7en.

As streaming became mainstream in the mid-2010s, David Fincher once again felt like he was at the forefront of new territories in filmmaking. He was crucial in the development of House of Cards and Mindhunter for Netflix, acting as an executive producer and sometimes director on both series. Whilst in 2020 he made Mank, about Citizen Kane writer Herman J. Mankiewicz, for Netflix.

David Fincher is a filmmaker with a distinct style. Yet he’s also someone who always feels like he is going to do something new. Fundamentally, he’s widely admired and continues to be relevant because he puts artistry and craft at the heart of his work. He draws in audiences, critics and filmmakers with creativity, style and flair in filmmaking.

The David Fincher quotes we’ve put together demonstrate the creative and artistic approach he brings to all his work.

He’s a director who isn’t interested in doing things a certain prescribed way. He will do things his way. And this is clear from how he talks about his approach.

In noting how David Fincher thinks about his role as a director, he gives a lesson to creatives on how to interrogate their own approach. Consideration and deliberation are key in enacting a good art and Fincher’s thoughtful, exacting methods and beliefs about filmmaking demonstrate this in action.

1. “Directing ain’t about drawing a neat little picture and showing it to the cameraman. I didn’t want to go to film school. I didn’t know what the point was. The fact is, you don’t know what directing is until the sun is setting and you’ve got to get five shots and you’re only going to get two.”

5. “When I’m watching somebody act, it’s a behavior editorial function – I look at someone act, and I might say, ‘I don’t believe him when he says that.’ I don’t know why I don’t believe him, probably because the people that I’ve met, they don’t act like that when they say stuff like that and mean it.”

6. “People will say, ‘There are a million ways to shoot a scene,’ but I don’t think so. I think there are two, maybe. And the other one is wrong.”

7 “Sometimes people freak out when you shoot 40 takes of something. They start looking at you like, “What did I do wrong?”, and it’s like “No. It’s not wrong. It’s just that we are going to try something different.”

8. “I don’t think that digital technology will ever take away the humanity of storytelling, because storytelling is entirely, in and of itself, a wholly human concern.”

9. “I want stuff to play as wide as possible. I want to be able to see… if I could play the whole thing in a master and it could be compelling enough, that’d be great. Then it simplifies my day, it simplifies life for the actors when you could just focus on that. But by the same token, I don’t want to be forced into coverage. So I want it to be as good from every angle and I need to get as many of the kind of shadings that I want from every angle.”

10. “Movies aren’t finished, they’re abandoned. And you have to make your peace with that.”

13. “You can’t take everything on. That’s why when people ask how does this film fit into my oeuvre. I say ‘I don’t know. I don’t think in those terms’. If I did, I might become incapacitated by fear . . . How do you eat a whale? One bite at a time. How do you shoot a 150-day movie? You shoot it one day at a time.”

14. “A movie is made for an audience and a film is made for both the audience and the filmmakers. I think that The Game is a movie and I think Fight Club‘s a film, I think that Fight Club is more than the sum of its parts, whereas Panic Room is the sum of its parts. I didn’t look at Panic Room and think, “Wow, this is gonna set the world on fire”. These are footnote movies, guilty pleasure movies. Thrillers. Woman-trapped-in-a-house movies. They’re not particularly important.”

15. “I have a philosophy about the two extremes of filmmaking. The first is the “Kubrick way,” where you’re at the end of an alley in which four guys are kicking the shit out of a wino. Hopefully, the audience members will know that such a scenario is morally wrong, even though it’s not presented as if the viewer is the one being beaten up; it’s more as if you’re witnessing an event. Inversely, there’s the “Spielberg way,” where you’re dropped into the middle of the action and you’re going to live the experience vicariously – not only through what’s happening, but through the emotional flow of what people are saying. It’s a much more involved style. I find myself attracted to both styles at different times, but mostly I’m interested in just presenting something and letting people decide for themselves what they want to look at.”

Enjoyed our list of David Fincher quotes? Why not have a look at our other quotes articles, such as Nora Ephron and Guillermo del Toro.