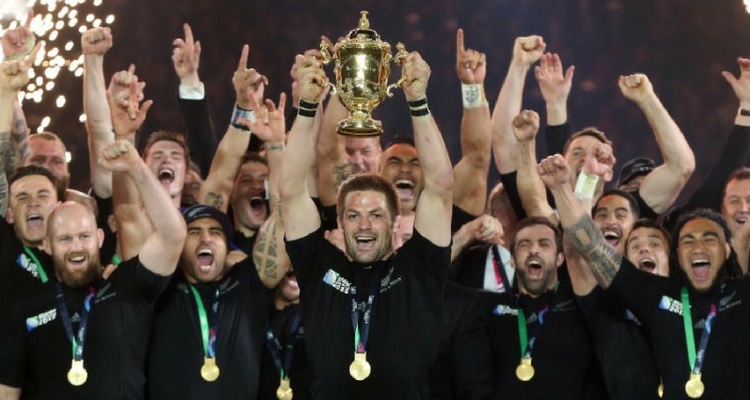 Learning From the New Zealand All Blacks

In the history of organised sports – globally – one team stands alone.

The New Zealand All Blacks are the most successful sports team in history, with an astonishing 90% win rate.

We’ll say that again so it sinks in properly – they win 90% of their matches.

They win in Edinburgh, Paris, Tokyo, Suva, Boston and, of course, Auckland.

They’re the first team in history to successfully retain the Rugby World Cup, winning the title in 2011 and 2015.

The All Blacks just WIN.

WINNING is What They Do.

They’re just a tiny nation of 4.5m people, out there on the edge of the world. How can they compete – let alone dominate – in a global sport this competitive?

Now, as a writer or filmmaker, you want to WIN too.

You want to develop the best scripts.

You want to make the best films and television.

You want to be handsomely rewarded for your toil, both creatively and financially.

You want at least two Oscars and let’s say 3 BAFTAs.

You crave WINNING as badly as the All Blacks do.

But their approach maximises their potential. Yours might not.

Let’s examine this most successful sports team, and examine some of their favourite mantras:

Mantra 1: “Take the referee out of the equation”

“Take the referee out of the equation” basically means: “even if the ref is against us, even if he’s whistling us off the pitch, we’ll make our play so good that we’ll win in the only place it matters: on the scoreboard”.

What’s the equivalent for screenwriters, then?

It might be something along the lines of: “write the taste-proof draft”.

Now the cynic reading this might say: “nothing’s taste-proof, it’s all subjective”, but they’d be wrong.

But the unavoidable bottom line is that if it is good enough…then good things will follow for said writer. And often quickly.

This is how the business rolls, like it lump it.

So why not take the referee out of the equation and gun for that taste-proof script.

When iconic All Blacks like Dan Carter and Richie Mccaw “sweep the sheds” (basically clean up the changing rooms after training), you know the All Blacks truly live this one.

Humility is vital to their sense of identity.

Now, one might not always associate humility with screenwriters who are often either sky-high or down-in-the-dumps but in a way you have to look at the bigger picture.

Is your surname Kurosawa? Did you actually direct The Terminator? If you walked in to a room of strangers would they instantly know every film and show on your CV, or at least most of them?

Why not be like the All Blacks and take every day as a chance to learn and get better?

Having been knocked out of the 2003 World Cup at an uncharacteristically early stage, the All Blacks worked with Ceri Evans, a forensic psychiatrist to better understand how the brain works under pressure. They wanted to prevent another incidence of ‘choking’ on the big occasion…

The All Blacks even use physical triggers to ensure they wearing a ‘Blue Head’. Former captain Richie McCaw, for example, used to stamp his feet to literally ground himself in the moment…

Using these triggers, the players aim to achieve clarity and accuracy, so they can perform to the very best of their ability under pressure.

Dr Steve Peter’s theory of ‘Chimp Management’; that performers need to learn to control their ‘inner chimp’; his name for the part  of the brain which runs on emotions and gut instincts, resulting in snap decisions. It contrasts with the more rational, evidence-based part of the brain which leads to more reasoned decision- making…

Mantra 4: “leave the jersey in a better place than you found it” / “nobody looks after the All Blacks…we look after ourselves”

In screenwriting terms these can be skewed slightly to the more succinct: “take full responsibility”.

Screenwriters often love to externalise, seeking false comfort in external factors or factors beyond their control as to why their scripts don’t progress.

A far more productive attitude, however, is to internalise, pivoting the microscope around to shine it on your own material and approach.

An agent thought the script took “an eternity to get going?” That’s a YP not a TP.

Again, own it. Don’t blame them.

Of course, it’s a fine line to tread, but it’s worth remembering that no-one criticises for their own amusement. Everyone in the industry is so desperate for great material, so hungry for that can’t-put-it-down read that if they think there’s an issue…the statistical odds will probably reveal that there really is one…