16 Powerful Plot Devices To Use in Your Screenplay

It’s a term that gets thrown around a lot but what exactly is a plot device?

A plot device is any technique in a narrative used to move the plot forward.

Plot devices are basically the methods you use throughout your screenplay to tell the story and specifically, get across the plot.

It’s perhaps because plot devices are so explicit in their intention that often they seem jarring to audiences.

Plot devices need to be heavily justified and worked in subtly to the screenwriting. Otherwise, the audience will feel the story being told to them.

Plot devices needn’t be inherently clunky as often perceived. They can help add dynamism and flair to your script. They also keep the audience engaged in your plot.

So what kind of plot devices are we talking about?

We’re going to take a look at some of the best plot devices to use. We’ve thrown in some examples too. 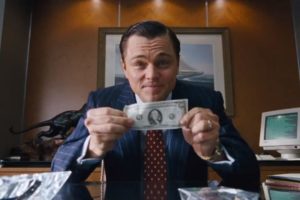 Voiceover/Narration can be a tempting plot device to use. It provides the audience with the protagonist‘s voice and gives the facts of the action unfolding.

It can’t just serve as a placeholder for getting across the plot in other, more naturally dramatic ways.

Some Examples of Great Narration:

Flashbacks can be key plot devices in getting across context about the plot, characters or setting. They can be an integral part of the structure. Or they can feature intermittently to provide exposition.

Flashbacks are at their best when they have a consistency and logic throughout.

Some Examples of great uses of Flashback:

A commonly seen plot device particularly in comedies, romances and sports dramas. A good montage will efficiently cover a period of time that it’s not possible or necessary to cover in real time.

Look out for the common traps of montages, however. These tend to be:

A good montage might also have an editorial tone or voice that operates in contrast to the action. For example, the precision and speed of the cuts used might undermine the depicted action.

Some great uses of Montage:

Top 10 Best Montages of All Time 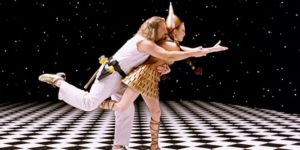 This can often seem an all too easy and amateurish plot device to use. However, dreams can also be a powerful and revealing plot device, primarily in conveying characterisation.

A bad use of dreams may be when the writer is deliberately trying to trick the audience. The reveal that ‘it was all a dream’ feels lazy. If the purpose of this is just to thrill, then the use of dreams will feel hollow.

Dreams can be useful in revealing something about the character’s psyche that cannot be revealed in normal, waking action. Some of the best uses of Dream Sequences:

Chekov’s Gun is essentially a plot device and principal that makes every element of a screenplay necessary and purposeful. It comes from the idea that if a gun is introduced into the plot early on, it will come to play a key role in the plot later on.

“If in the first act you have hung a pistol on the wall, then in the following one it should be fired. Otherwise don’t put it there.”  – Anton Chekov

This plot device can be used to foreshadow later events. It also helps generate tension for how the story is going to play out.

Some Great Examples of the use of Chekov’s Gun: 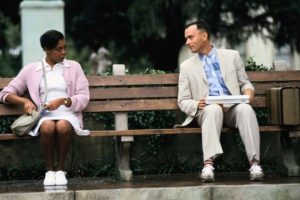 Some examples of Framing Devices:

A Deus Ex-Machina is a plot device intended to solve an unsolvable conflict or point of tension. This is usually by the unexpected appearance of an implausible character, object, action, ability, or event.

A classic example would be when a character is facing imminent death, only to be saved at the last minute by another character out of nowhere.

This plot device would typically be used within an action or thriller genre. It’s a device that a lot of audiences will see through but can none the less provide a satisfying thrill.

Make sure there is at least some plausibility to the action and that the character, object, action, ability or event has been foreshadowed earlier on. 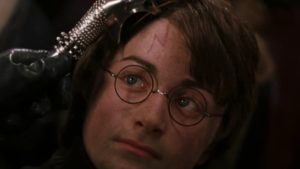 This is a plot device that allows the story to get away with a level of contrivance. Why does this character keep getting into dramatic situations? Why does the character’s story continually draw us back?

The Magnetic Plot Device goes some way to explain why police detectives are so often protagonists within film and especially TV. The nature of their job means that they are continually being thrown into dramatic and dangerous situations.

However, there are other examples too:

A Plot Coupon is a plot device used where a character needs an object to obtain in order to achieve the plot resolution. An example might be a key crucial to unlocking a power, secret or saviour.

With this kind of plot device, it’s important to remember that it’s not so much the plot coupon that matters but the journey towards it.

A prime examples of the use of a Plot Coupon includes:

A similar but distinguishable plot device from a Plot Coupon.

A MacGuffin is an object, device, or event that is necessary to the plot and the motivation of the characters, but ultimately insignificant, unimportant or irrelevant.

A MacGuffin serves almost as a decoy. Some great examples include:

Pulp Fiction: What's in the Briefcase? 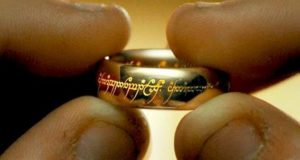 An Artefact of Doom is an object that has an inherently evil or corrupting power. The narrative will most likely focus around the destruction of this object or the attempt to resist it.

This plot device will most likely appear within a fantasy or sci-fi genre, as power granted to an inanimate object will inevitably involve some kind of magical power.

The best and most prominent example of the Artefact of Doom is in:

This will be an object that inspires desire and obsession in the characters, who lust after it.

There is arguably some crossover with the Artefact of Doom, for example in LOTR. However, the Artefact of Attraction doesn’t necessarily have corrupting powers in and of itself.

Conflict might arise from the race or battle between a number of different characters to obtain the Artefact of Attraction.

It doesn’t necessarily bring the characters together in the way that a MacGuffin does, but instead brings them into conflict.

Some good examples include:

A Race Against Time plot device will create an inherent suspense for the narrative.

You’ll need to make sure that there is a rewarding and convincing balance between the characters being able to achieve their goals in said time but a short enough timeframe to make the situation sufficiently tense.

This plot device will most commonly feature in a thriller. Some examples of the use of the Race Against Time plot device include: 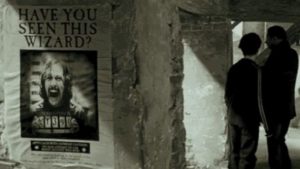 Red Herrings are pieces of information deliberately placed to mislead the audience.

The reason for a Red Herring needs to be as convincing as the Red Herring itself. Otherwise, the audience will see through it.

A fantastic Red Herring example is present in:

As a plot device, the Love Triangle works because it generates conflict.

Think about what this triangle brings out of the characters in terms of their secrets and insecurities? Mere external conflict within a love triangle will tend towards a more shallow, comedic, almost farcical tone.

Furthermore, what role does the protagonist play in all this? Is the conflict over the other two characters genuinely believable and dramatically tense? Is the choice obvious? Do we empathise with the protagonist‘s dilemma?

This is a particularly relevant plot device to use within TV. How do you keep an audience interested enough that they will tune into the next episode? Leave them with a cliffhanger.

However, try and think of the cliffhanger non literally. What are you leaving unresolved? What questions are raised but not answered?

Think of the character dangling off a cliff as a metaphor. What is the resolution of this perilous, high stakes situation? What are the ways in which the character could get out of it?