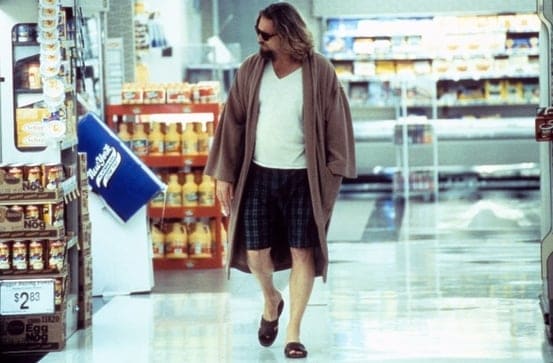 Great character descriptions are what help ease the reader into your great characterization. They’re the entrée, if you will, to the main event.

If you’re a screenwriter, you know a huge amount goes into the making of a fantastic screenplay. It’s a combination of compelling premise and theme, snappy dialogue and great, original, fascinating characterization.

But why exactly are character descriptions so important?

After all, they seem small and insignificant up against the real bones and meat that make up a screenplay.

Well, we’re here today to answer this important question and give you some key advice on how to make the best character descriptions possible.

But first, we need to break down a few things…

What is a Character Description?

It is essentially the foundation on which the entire character will build. No pressure!

The combination of these components is critical for crafting your character description. Why? Because it doesn’t just give an image of your character, it gives them a context!

So, now that we know the basics, what should a good introduction do or include? Well it should:

Including all of these points in just a few sentences seems like a difficult task, but it’s an important one.

Just like in life, our first impressions are also lasting impressions. In order to keep audiences engaged, you need a good intro to grab their attention and get them curious about what is to come.

DON’T be super general or vague

Yes, on a basic level, all you technically need to do in a character description is to, well, describe your character.

For example, if we are looking at a man who is said to be “about 40, average height, with a small build,” we get no real visualization of this character’s personality.

Instead, we are left with a generic figure. They could blend into any crowd and naturally won’t stand out to us as a compelling character.

This is exactly what we want to avoid. Instead, we’ll want to craft an image that feels distinct, memorable, and meaningful. 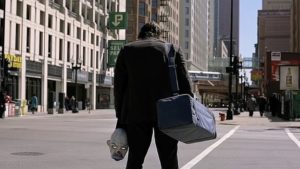 DON’T focus only on appearance

As mentioned in the last point, we want a character description to pull more weight than just serving to introduce a character’s physicality.

Without the latter, we have little more than a character description that meets the bare minimum requirements.

So, it’s important to look at what our example character’s body, age, and clothing looks like. All of these things paint a vivid picture of this character. It gives us a snapshot of who they are, or at least, who they could potentially be.

DON’T have a basic character entrance

The character’s entrance is just as important as the general description you give.

Not only does it provide some extra information about our character, but it also centers what role they might play throughout the rest of the script.

For example, a character introduced while burying a dead body says just as much if not more than what he’s wearing or acting like!

This doesn’t mean you should introduce a character in an intense situation if your screenplay and plot doesn’t call for it. What it does mean though, is that you should avoid incredibly mundane entrances unless that actually says something meaningful about the character.

How to Get Character Descriptions Right

So what should you do to get character descriptions right?

First off, recognize that there’s no one-size fits all for how to write these descriptions.

The approach will vary depending on screenplay structure, your story themes, genre, and will change project by project. That said, there are some key ingredients that almost all fantastic character descriptions incorporate.

Here are some important “dos” to turn your descriptions from good to great.

DO: Establish a sense of personality

It’s been stressed here a couple times, but it bears repeating – do not only give a generic description of what your character looks like!

Why is that descriptor so much more effective?

It is now somebody we can connect to, regardless of the fact he doesn’t sound like the most positive character. Also, we can assume certain things about him off his character description alone. This is essential to developing said character. 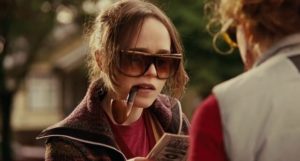 “Showing” rather than “telling” is important for elevating a character description from okay to great.

You can communicate what a character is like just by telling the reader, but it lacks specificity and depth. Basically, it leaves a character feeling hollow and it also allows too much room for interpretation.

For example, can you picture The Big Lebowski‘s The Dude just described as relaxed? Would he be the same character if this was the extent of his description? No.

You need to paint a visual picture of The Dude to really translate that character from script to film.

You need to describe the slow loose movements, the long wavy hair, the California, stoner-esque voice, and the ratty flip flops to really understand him as the relaxed, cult-classic character he is.

DO: Leave a sense of mystery

It may seem counter-intuitive and against everything we’re advocating for here, but stick with us.

Choosing to be specific, thorough, and intelligent in how you describe your character is crucial. You want to give readers a fantastic first impression that they can take to.

But, you need to hold back a certain amount as well in order to achieve this.

Character descriptions exist to do just what they say on the tin, but what they’re really there for is to hook the readers and draw them into the story.

There needs to be a certain level of mystery. The audience wants to discover more about a character and they can’t do that unless there’s things they don’t know.

So, when writing your description, remember: it’s a snapshot, not the full picture. 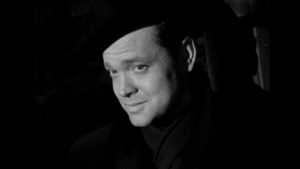 DO: Focus on what’s important

Last but certainly not least, one of the major keys to writing a great description is to focus on the important stuff. You are the creator and you need to shape everything.

Not only this, but you need to lead the reader in the direction that you want it. As such, you need to purposefully set the tone and decide who your characters are at their core.

All of this will impact how you introduce your characters and how they develop from there on.

Like with any first impression, you are curating the image you want them to take away at the end of the day. Curate it carefully. 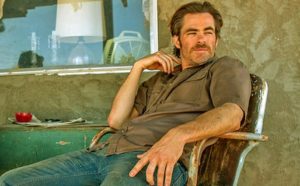 Take a look at some of these great character description examples and try to find ways you can apply similar techniques in your own screenwriting.

Also, can you think of any other fantastic examples? Leave a comment telling us what other character descriptions you think belong on this list!

1 thought on “What Are The Must-Know Keys to Writing Great Character Descriptions?”