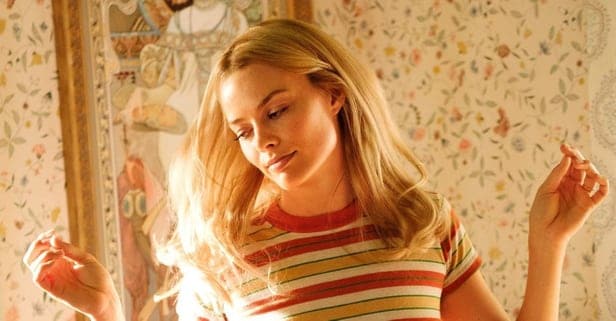 Surprise is one of the most important elements in movies and tv. Knowing how to write a killer plot twist is an important skill in your writer’s tool box. And in screenwriting, a red herring can serve as a great way of delivering such a plot twist.

A red herring is something that is used to divert attention from the truth.

In literature and cinema, a red herring is supposed to distract and mislead audiences so that there’s a surprising twist that audiences didn’t see coming.

A red herring is the writer’s equivalent of a magician’s trick. It’s the waving of one hand to distract, whilst the other hand does the real work.

Let’s take a look at 15 red herring examples in tv and film to prove their power and effectiveness.

#1 – Once Upon a Time in Hollywood

Red herring examples are plentiful throughout much of Tarantino’s work. Once Upon a Time in Hollywood makes major use of one.

Sharon Tate and the infamous Manson murders serve as a major backdrop for the film. Audiences who know the reality behind this story know where this is all heading.

The Tate murders and their notoriety are used to lure the audience into a certain expectation of what will happen, only to ultimately, shockingly, subvert it.

#2 – Harry Potter and the Prisoner of Azkaban

Much of Harry Potter and the Prisoner of Azkaban revolves around Sirius Black, the first wizard in known history to escape the prison of Azkaban.

Towards the end of the film though, we learn Sirius is actually an ally and has been framed for murder. The real villain is Peter Pettigrew, hidden in plain sight as Ron’s pet rat.

The Prisoner of Azkaban Film: A Cinematic Masterpiece (Video Essay) 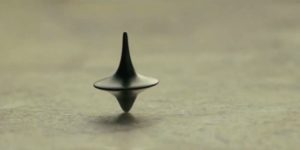 Inception is a movie which constantly leads the audience on.

Christopher Nolan doesn’t shed light on this either, insisting that the reality or lack thereof of Cobb’s reunion with his kids isn’t what matters. Rather, Cobb’s ability to stop caring about what’s reality or not is.

In its own way, this in itself is a red herring, disallowing viewers to ever truly understand the movie’s meaning and Cobb’s fate. Whether it’s a dream or not doesn’t matter, it’s Cobb’s peace of mind that matters.

Any fan of Saw (or horror generally) knows to expect the unexpected. Well, that precedent was set in this first movie with its classic red herring example.

After being beaten to death by Adam, though, we learn the reveal was a red herring. The real Jigsaw was the “corpse” laying in the middle of the room and is revealed to be John Kramer, Lawrence’s cancer patient.

It turns out, their antagonist was in front of them the whole time.

Anybody who watches Hitchcock films knows that he loves red herrings. Psycho really shows that off.

The classic psychological horror follows Marion Crane, a woman who stole $40,000 dollars, until her untimely death at the Bates Motel.

Where are the red herrings in all this? Well, practically everywhere.

Of course, the other main red herring lies in Norman’s mother. 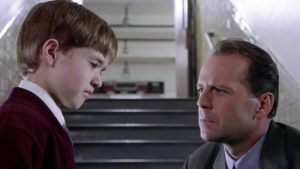 The Sixth Sense is defined by a great third act plot twist. And a red herring is crucial in getting to said plot twist.

The red herring? Malcolm is the one with unfinished business and the ghost. Eventually remembering how he was shot and killed, Malcolm is able to make peace with his death.

In this Stephen King adaptation, The Mist spends plenty of time building up the situation’s helplessness. Humanity is at an end, the monsters will reign supreme, and there’s nothing that can stop it.

In a heartbreaking example of a red herring, it turns out that the monsters have already been defeated by the army. The lead characters have remained unaware, assured that hope was lost.

Everyone could have made it out alive if they had just held on for a few moments longer. Instead, David is forced to live alone in a world he was convinced didn’t exist any longer.

Sherlock is a series built on misleading or distracting both the audience and Sherlock himself from the truth. A specific example of this can be found in the episode, ‘A Scandal in Belgravia’.

However, while attempting to retrieve the photos, Sherlock and John discover Irene has far more than compromising pictures in her possession. 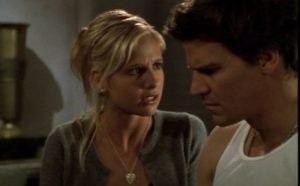 Buffy has more than its fair share of red herrings, but the episode “Earshot” comes to mind as it has two red herring examples in just the one episode.

We are left hanging until Xander walks in on an unidentified lunch lady pouring rat poison in the students’ food. Turns out, it was her all along. And ironically enough, it had already been foreshadowed by an earlier off-handed comment from Xander.

The writers of Doctor Who love misleading the viewers and the Doctor himself. A great red herring features in season 5.

Throughout the season, a major cataclysmic, universe-shattering event is foreshadowed. Prophecy says that an evil cosmic being will be released and “The Pandorica will open, silence will fall.”

When the Pandorica inevitably does open, it’s actually empty. In the end, the “evil, cosmic being” is the Doctor himself  and the Pandorica was built by his enemies to be his prison.

With the Doctor firmly out of the way, the universe would finally collapse and silence would indeed fall. 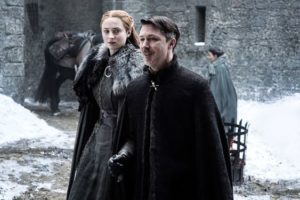 A red herring example runs through most of season 7 of Game of Thrones. It features in relation to the triumvirate of Arya, Sansa and Littlefinger at Winterfell.

The development of this arc leads the audience to believe that Sansa and Arya are venturing down an irreparable route of conflict. Just when it seems this conflict is about to reach a head, there’s a twist.

Sansa and Arya have actually been working together against Littlefinger. We haven’t noticed because we’re so used to Littlefinger’s meddling.

The reveal proves dramatic as the Stark sisters ambush Littlefinger and take him down for good.

Blade Runner 2049 is pretty much entirely built on a red herring.

During a mission to “retire” Sapper Morton, K finds the remains of a female replicant who passed away due to C-section complications. As reproduction was previously thought impossible, K’s higher ups order him to track down and get rid of the child.

After discovering the date 6-10-21 at the same location, K recognizes the date from a childhood memory. As replicant memories are artificial, K is led to believe he was born rather than created.

However, this ends up being a red herring. It turns out that K is not Rachael and Deckard’s son nor is he fated to be a revolutionary. The true child and chosen one is a minor character briefly introduced early on. 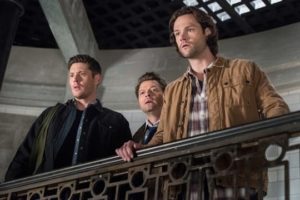 There’s a great red herring example in the season 5 premiere of Supernatural.

After Lucifer is released from his cage at the end of season 4, Sam and Dean spend most of “Sympathy for the Devil,” searching for the Michael Sword. According to Chuck, the weapon was used to defeat Lucifer once before and could be used for such purposes again.

To be properly utilized though, Dean must consent to possession by Michael. After refusing this consent, being tortured, and thankfully rescued by a somehow-alive Castiel, the Winchesters still find themselves two steps behind. 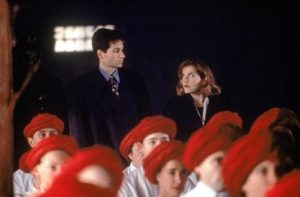 The X-Files episode, “Red Museum,” is one giant red herring in itself.

The vegetarian, red turban-wearing cult appear guilty. On top of them though, the audience is treated to all kinds of weird happenings. There’s also a suspicious plane crash, a peeping tom named Gerd, DNA alien injections, and hallucinogenic romps in the forest.

Ultimately, none of it actually has anything to do with the case. They’re just there to distract the audience and provide a general level of… weirdness.

Unable to discover any concrete evidence or explanations, Scully declares the case open and unsolved. 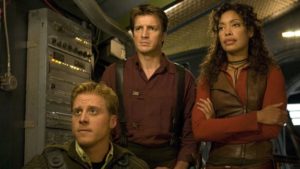 Joss Whedon’s Firefly is rife with red herring examples, including in the episode “Serenity.”

It turns out though that the mole is not Simon, but another passenger from Persephone named Dobson. Simon’s behavior was never due to working with the Alliance.

Instead, it was owed to being a fugitive trying to smuggle his sister to freedom.