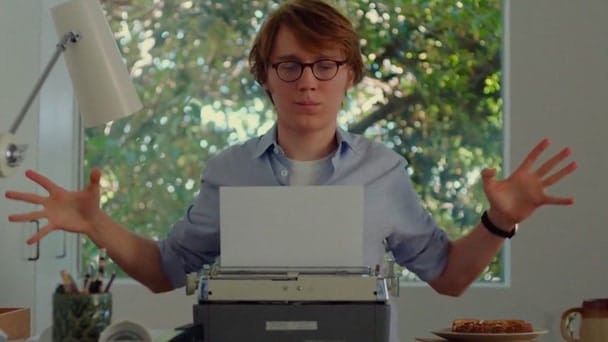 So you’ve managed to come up with a brilliant idea for a film. You’ve developed the idea into a logline and thought through a synopsis that seems to work. Time to just muck in and write the thing right? Wait a second – a film treatment can help clarify your script’s goals.

What are Film Treatments?

A film treatment is a document, written in prose, which provides an outline or overview of your story.

Why do you need a Treatment?

As a writer it’s a good idea to give your ideas a dry run. A treatment provides the opportunity to do this.

A lot of film treatments might not get seen by anyone other than the writer, but they’re a good way to actually look at your story on paper before you cement it into a screenplay.

You can see the shape and structure of the story and whether tonally all the beats fit together. A treatment gives you a glimpse of what your film could look like as a whole.

Essentially it makes everyone’s lives a little easier. They can get to the ideas within the work a lot faster.

Okay so how do you go about writing one of these things?

They say if you’re going to copy, copy from the best.

Now, obviously, do not go about pinching people’s ideas, but there’s no harm in reading some famous film treatments. By doing this you’ll see how professionals write and structure their work.

The more you read, the more patterns you’ll start to pick up, developing your understanding of how treatments are written. Think of your favorite films and see if there’s a treatment available online.

Some good examples include:

In theory, you should have started to notice similarities in the way the writer’s choose to put their story together.

So, in general terms, how should you construct a film treatment? 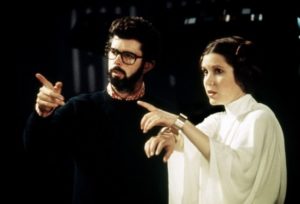 There isn’t one surefire way to go about writing treatments that is recognised as standard. This allows the writer to be creative in how they approach their film treatment.

Whatever your outlook, the best treatments tend to have a strong structure. This is because they should reflect the strong structure of the screenplay, showing you’ve thought out how your idea will translate into script and screen form.

There’s a couple of different ways to go about this but you should always start with a Working Title and then proceed to write:

A one sentence summary which breaks down the plot, central conflict and the main characters’ goals. Check out our guide for writing perfect loglines and our list of famous loglines.

Description of the Main Characters

Who are they? What are their needs and wants? Why are they interesting? What makes us empathise with them (we don’t necessarily need to like them)?

Set up the world and tone of your film. What’s everyone’s situation before the plot starts? What’s the inciting incident? What are the forces of conflict and stakes that your characters will have to face by embarking on this journey (physical or emotional).

What brings the characters together and then breaks them apart? The second act is usually the darkest (think Empire Strikes Back in the Star Wars Trilogy), so what are the lowest lows that the characters will hit? When are the forces of antagonism the strongest?

How do the characters get out of this situation or not? Where is everyone at the end of the story? And lastly, but importantly in Hollywood terms, is there room for a sequel? Or in TV, what is the potential for return-ability? Is there enough in this idea to stretch out for a number of seasons.

Note: Everything above is assuming that you’re writing your screenplay in the standard three act screenplay structure. Not all screenplays are written like this.

If you’re writing a TV show, particularly if it includes an outline of a series, a treatment will not look like this. However, a lot of the structural ideas you can adapt to fit the needs of your screenplay.

How to make your Film Treatments engaging:

So you’re finally here. You think you understand how a film treatment should look.

So what are some Do’s and Don’ts of writing film treatments?

A script is always better if everyone involved in making it can understand it. You will be writing this to (hopefully) be shown to various important key creatives, and they need to get it.

To specify: this is not telling you to write simpler ideas, just to present them in an easily-understandable way. Because the simpler and clearer your writing, the easier it is for everyone to understand your themes and ideas.

In line with keeping your writing simple, make sure you are exploring the maximum emotional range of your story.

In the treatment, make the highs incredibly high and the lows crushingly devastating. It’s so much easier to tone something back than to add more emotion into something. The latter is creating, whereas the former is refining.

When you translate this roadmap to its final form, you can add more subtlety and nuance to the writing. But again at this stage people need to get your key ideas and characters.

3. Include the first and last scene

You should be including elements of scenes as you go through the treatment anyways, but this is a sneaky way to add a bit of the screenplay into the treatment itself.

It shows the reader you’ve thought about how you want to start and end your film. It will also show them the quality of your writing, that you understand formatting and give them a taste of what’s to come.

4. Add interactions and jokes (but not too many)

As said above you want to have bits of dialogue in your treatment and these interactions can bring out character.

Humor, for example, is an excellent way to express emotion, it can be a defence mechanism or make us empathise with a character. If a character makes us laugh, we feel a connection and it can tell us about that person.

But you don’t want to bog down your treatment with dialogue. Use humorous interactions when useful and appropriate to the movement of the plot. 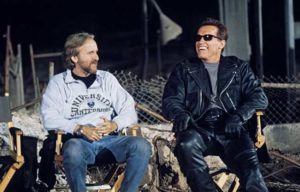 1. Cast and don’t get too specific

There’s a tendency for writers to write parts for specific actors. Unless you have that actor actually on-board for the project, do not do this.

You don’t know if you can get Leonardo DiCaprio, he’s a busy man. If your whole character relies on Leo’s abilities (or someone like him) and they cannot be got, then you’re pretty scuppered.

As with writing anything for film it’s about finding that balance by giving enough information to inspire creativity, but not so much that it restricts it.

You want the reader to experience the movie on the page. Therefore, if your movie has a twist in it, your reader should discover it at the point in the movie where the audience would.

If the reader experiences the release of information the same way an audience would, hopefully it will make them engaged and want to read on.

So many writers see a treatment as just a document but it is a literary document. It should be enjoyable to read and you should be able to see the movie play out as it will do on the screen.

If you can make someone enjoy reading a treatment, it will make them want to read more.

James Cameron’s treatment for The Terminator is famously around 40 pages. This is a really good tool for the writer, to flesh every aspect of the story. But if you’re trying to sell a treatment, remember you are not James Cameron.

A producer will likely have no idea who you are and why they should hire you. If you send them a massive document they won’t want to read it.

Like the rules of writing an actual script itself, you want to get in late and get out early. Leave them wanting more. That’s how you sell yourself and your work.

This may all seem laborious, but if the idea is good it can survive all the different forms it has to take to eventually make it on to screen.

Much of climbing up in the industry is about selling, and the film treatment provides a dynamic and engaging way to sell your idea.