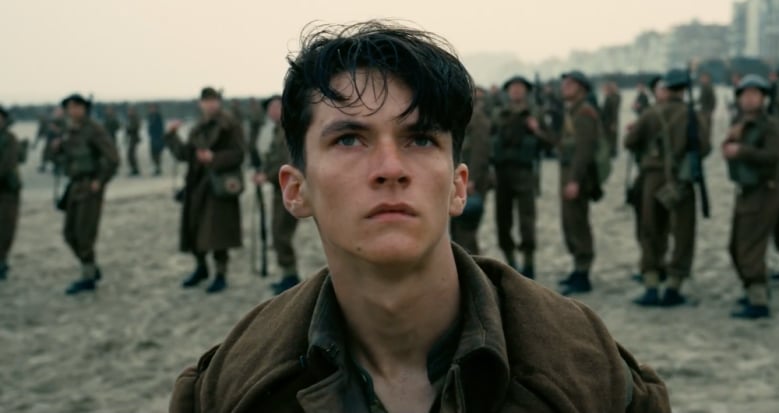 A great script requires great dialogue, great characterization and layered conflict. One of the most crucial elements however, screenplay structure, is occasionally taken for granted.

Effective screenplay structure is the axis around which the rest of the story revolves, yet it can drift in to the background amid constant dialogue about the importance of strong characterization.

Within a film industry that is replete with stories that follow the traditional three-act screenplay structure, this isn’t surprising.

An overabundance lends to the belief that the three act structure is the best one available and the most effective.

While it is largely agreed upon that there’s just some screenwriting rules one shouldn’t break, screenplay structure needn’t be one of them.

To convince you that bolder, more unconventional structures are the way to go (or, at least, that you shouldn’t write them off), here are 10 examples where bold structure paid off in spades.

The Tree of Life completely twists traditional screenplay structure, opting instead for non-linear storytelling that uses dreamlike imagery to advance the narrative and convey its themes.

The film follows a man named Jack who struggles to reconcile with the memories of a difficult childhood, a strained relationship with his father, and the death of his brother.

These scenes inspire equal senses of wonder and terror, firmly reminding the viewer that we are blips in the timeframe of the universe.

When positioned against Jack’s narrative, these scenes make a poignant point about the intimacy of our memories drowning in the story of the universe.

None the less, personal solace serves importance in finding meaning and goodness in a world that often seems to actively oppose it.

Whatever you think of it, The Tree of Life is a unique experience due to its screenplay structure. With a dreamy story of the universe and non-linear structure to anchor us, the film becomes more than a story about Jack — it becomes the story of humanity. 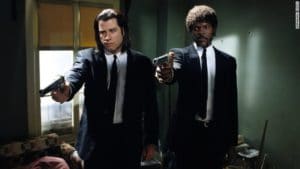 Like a number of Tarantino films, Pulp Fiction is a textbook example of non-linear narrative structure. There’s aspects of circular, branching and multiple points-of-view structure, with them all adding up to a cohesive whole.

Following the interrelated stories of contract killers Vincent and Jules and a fighter named Butch, the narrative wanders around.

The structure consistently subverts expectations of where the story is going and forces viewers to draw their own conclusions.

Pulp Fiction then becomes a sort of puzzle to solve, elevated from a passive experience to an interactive one. It requires viewer participation to figure out the order of events, proving all the more satisfying to those who can.

Whilst No Country For Old Men largely follows the traditional screenplay structure of setup, confrontation, and resolution, it also firmly subverts it.

The movie follows Llewelyn Moss, a man hunted by a violent hitman sent to recover money taken by Moss after a bad drug deal. It doesn’t deviate far from expectations until Moss is unexpectedly killed by the hitman about three-quarters into the film.

It turns the 3-act screenplay structure on its’ head. The bulk of the story ends up becoming the setup. The viewer is then forced to completely reconsider everything they know about the plot.

So if the movie isn’t about Moss, who is it about? Bell? That was all lead up? That wasn’t the climax? How are you going to squash a whole other plot into, like, half an hour?

Those are very good questions, fellow movie-watchers, and they’re all because of a few bold tweaks to expectations of structure and narrative. 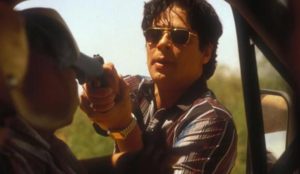 Traffic makes use of a hyperlink-style screenplay structure that examines the story of several interconnected people.

The hyperlink structure connects these characters and stories together through the theme of law and addiction. As they continue their separate fights against drugs, everyone begins to question whether it is a war they can win.

Ultimately, the film’s various story lines build to a powerful message about the hopelessness of anti-drug legislation and the moralizing of drug use.

#5: Interview with the Vampire 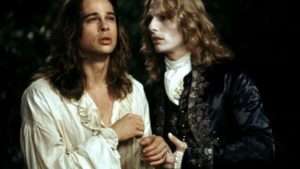 Interview with the Vampire bucks the trend of concerning itself with the “what” and focuses on the “how” instead, using Fabula/Syuzhet screenplay structure.

This structure is achieved by using the actual interview as a framing narrative to explore the beginning of Louis’ life as a vampire and how he freed himself from his creator.

This structure refreshes the vampire genre and makes it feel new again. After all, we all know how vampire stories tend to end.

The outcome of vampirism is somewhat obvious and predictable.

However, the details of the beginnings are more hazy and mysterious. We often don’t know why they were turned, the creator, or the new vampire’s reaction.

It’s largely unexplored territory and Interview‘s screenplay structure allows us to go there, to be surprised for once. It gives the supernatural film space to actually feel supernatural again. 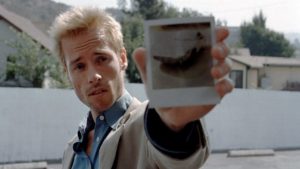 Memento has a fairly straightforward premise, following a man who is trying to track down the person who killed his wife.

What isn’t straightforward is the screenplay structure. Rather than a typical linear structure, Memento uses reverse chronological order to tell its’ story.

Similarly, the film structure forces the viewer to put the cinematic puzzle pieces together in order to understand the plot.

The film bounces between a narrative moving forwards and one moving backwards, constantly destabilizing the viewers and simulating a type of memory loss.

It’s as compelling as it is frustrating but it is impactful. The viewers don’t just see Leonard’s struggles — they experience it. This allows the viewer to get inside the character in a way that few other films afford.

Inside Llewyn Davis goes kicking and screaming against the three-act structure.

It is a movie that circles back around where we started.

He ultimately always ends where he begins — broken and bleeding in an alley, both literally and figuratively.

The film’s circular screenplay holds up the underlying theme of cyclicality and the struggle to progress.

Dunkirk is another film that makes great use of hyperlink film structure, told through multiple viewpoints, happening at different times but within the same small time period.

It feels desperate, hopeless and chaotic as each main character deals with bombings, dogfights and watching others die. The multiple perspectives lend to the palpable sense of fear and claustrophobia that makes the film successful.

Additionally, the screenplay structure disallows the option to focus on any one person. This unionises the experiences of those at Dunkirk, whilst also highlighting how individual and different those experiences were.

It puts war into perspective, showing that war against the few is really a war against us all. It’s horrifying but poetic, serving as a reminder of the horrors of the war and the necessity of striving for peace. 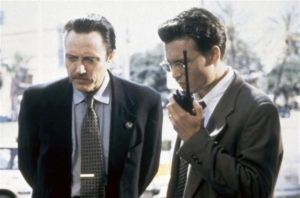 Nick of Time is a shining example of real-time screenplay structure.

Filmed in real-time, the movie has no jumps, cuts or breaks to move the action forward. This structure works beautifully for it, driving the action and supplying both the main character, Gene, and the viewers with a sense of urgency.

With a structure that makes the film feel real, an ending with the villain still alive feels all the more ominous and effective. 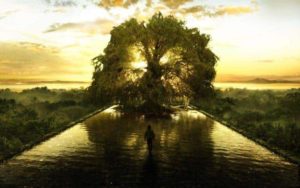 The Fountain is a film that uses parallel screenplay structure to tell a story about the human condition.

Three interwoven stories stretching over a millennium are the basis of the film.  They exist in vastly different contexts:

Despite different circumstances, they all tell the same tale. The Fountain’s three couples all tell a story about coming to terms with love, life, and loss. It’s about leaving fear behind and fully embracing that which really makes us human — death.

The film’s parallel structure positively reinforces this, showcasing all three narrative strands as different parts that equal a whole. It honors their personal differences, but highlights the underlying humanness in their experiences that bind us together.

No matter the time or place, humanity will always seek and fail to conquer death. The fragility of life is the story of us all.

Bold and alternative screenplay structure can be a great way of standing out from the crowd. However, if employing it in your screenwriting you should always make sure it has a distinct purpose.

The above examples are great because the alternative structure brilliantly serves the story and the themes they are trying to get across.

Bold screenplay structure for the sake of it can seem gimmicky. However, if intended to heighten the telling of the story and the conveying of themes it can make for a memorable experience and make a lasting impression on audiences.