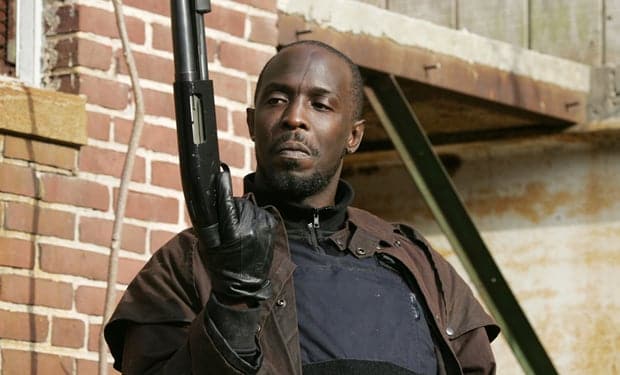 Welcome to Original Characters, an ongoing series of Industrial Scripts articles examining the most original characters to appear in both TV and film.

Want to view the whole series?

What is an original character?

It’s a character that sticks with you even when they’re long gone from your screens.

This second in our original characters series will look at Barack Obama’s favourite character from THE WIRE –  Omar Little.

If you’ve never watched THE WIRE don’t fear, this post will contain no spoilers!

Who is Omar Little? 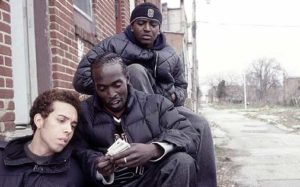 Omar Little is a stick-up man operating in Baltimore, robbing drug dealers to make his living.

He is the scourge of the Baltimore drug trade and a nuisance for police detectives, who are fully aware of the violence he commits but can’t but help utilise his insider knowledge.

Born and raised in Baltimore, at the time we meet Omar he has being carrying out robberies for ten years. He came up with with his brother, the notorious ‘No Heart Anthony’, who was locked up after an armed jewellery store robbery in the early 90’s.

Throughout THE WIRE’s five seasons, Omar Little plays a crucial role. He becomes a huge adversary for the Barksdale Criminal Organisation, who are at the centre of the series.

Ultimately, his presence on the streets also makes him a valuable asset for the police detectives trying to incriminate the Barksdale Organisation.

This duality gets to the heart of why Omar Little is such a compelling and original character.

A question for the audience to consider throughout the series.

Omar murders and robs people, actions which you would assume make him an instant villain. However, he only ever turns his gun on people who are involved in the drug trade.

These questions are not only for the audience to ask but for the Detectives within the series, who become in some way complicit in Omar’s actions.

Yes, Omar kills and steals. However, he does so from the people who are a blight on his community. In turn, he often gives the money he steals back to the community, giving handouts and helping those in need.

He might keep some of the money to live on but we don’t exactly see him living in luxury (like a lot of his drug dealer adversaries). He often seems to be living in abandoned houses and being who he is he has to keep a low profile and be on the move.

Omar provokes these complex moral questions for both the audience and the characters who come to know and work with him. 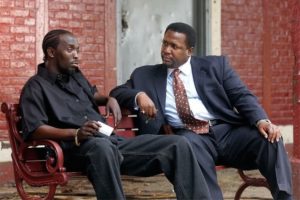 Not your average stick up boy…

If there’s a stereotype about a mercenary criminal operating on the streets, then Omar subverts it. He does so both for audiences watching and within the context of the show itself.

Whilst Omar commits many transgressions, he lives by a strict code. Therefore, he never transgresses, or at least where possible, his own code.

Omar’s observation of a code manifests in a number of different ways. For example, he never swears and never ‘works’ on a Sunday.

In season 3, when a hit is taken out on Omar as he takes his grandmother to church on a Sunday, he is furious…

Sunday is an agreed day of peace for warring factions on the streets and the breaking of this rule prompts fury. It serves as the final nail in the coffin for his hatred of the Barksdale organisation who carried it out.

Omar’s sexuality serves as another subversion of a stereotype. Omar is openly and proudly gay, forming relationships with many of the other stick-up boys he works with.

As if Omar wasn’t a target enough for the drug organisations he robs, his sexuality makes him even  more of an outlier.

The homophobia that Omar receives is palpable. It seems to serve as further embarrassment for the drug dealers he robs. Furthermore, he seems to relish in how uncomfortable his sexuality makes them.

Omar’s frequent great dialogue also marks him out as different and unique throughout the series. He often speaks poetically and uses turns of phrase that we would never hear other characters say, such as ‘Indeed’ or ‘Do tell’.

He has a like of Greek myths and legends and proves himself to be intellectually curious. Omar is a character that constantly seeks to break free of the assumptions and preconceptions made about him. 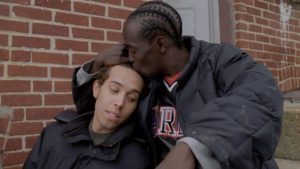 A big part of what makes Omar so appealing within the series is the reputation that precedes him. As soon as he is introduced we learn that he strikes fear into those whose path he crosses.

The famous ‘Omar’s coming!’ refrain, that dealers and lookouts shout as soon as they spot Omar coming in the distance, speaks to how afraid they are of him. As Omar walks down the streets openly, they clear.

Almost like a character from a fairytale or myth, Omar whistles as he approaches his targets. As the whistle echoes throughout the streets, people run. His whistle becomes a terrifying, tongue-in-cheek calling card for him.

Often Omar barely has to move a muscle before a drug package will drop in front of him. It’s clear that the stories of his actions have spread over the years, no-one wanting to risk getting in his way.

Omar’s capability, intelligence and creativity when it comes to carrying out robberies also makes him an impressive and appealing character.

He’s usually one-step ahead of those he is robbing. Whenever he finds that he isn’t so, it proves to be a major turning point in the plot.

According to David Simon, the creator of THE WIRE, Omar is an amalgamation of a number of different real life stick-up boys operating in Baltimore in the 1980’s and 90’s.

In fact, one of the real life inspirations for the character was Donnie Andrews, who plays a character called Donnie in the series. Donnie provides protection for Omar when he ends up in prison.

This drawing from real life is in part what makes Omar feels such a wholly realised and believable character.

His contradictions and quirks come straight from real life. So do some of the bold actions he carries out – proving that fact can indeed be stranger than fiction. 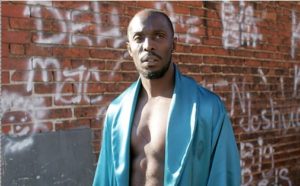 Omar is often cited as people’s favourite character from THE WIRE and referenced within culture. More than a decade after the series finished airing on Television, Omar’s continued resonance shines a light on his appealing characteristics.

In the world of THE WIRE there is a ‘game’ played by those operating in the streets. That’s how they refer to the life of hustling that they are caught up in.

However, there are parallels throughout the series to similar ‘games’ operating within the worlds of police, politics, education and the media.

THE WIRE shows us that ‘the game’ is a shorthand for the rigged way that American institutions seem to operate.

Omar is a character who outplays ‘the game’. He hacks a seemingly rigged system. He does what he’s not supposed to and fights back on supposed rules. Omar makes and lives by his own rules.

Furthermore, Omar sees through the goals that many that surround him have. For example, he sees money as transient rather than being something you own.

This attitude is in part what makes him so selfless when it comes to helping and giving back to his community.

It’s an attitude that stands in direct contrast to the status, money, ownership motivated drug dealers, police bosses and politicians that populate the series.

From Barack Obama saying Omar is his favourite character to British politicians slyly referencing him, Omar clearly has a political resonance.

He holds the powerful and corrupt, within his world, to account.

Omar’s free-spiritedness and trueness to his own beliefs and rules makes him a character worth looking up to and admiring. The violence in which he carries this out, however, makes it hard to equate his more admirable qualities with.

The series encourages the audience to see Omar’s kind of violence as a product of circumstance and environment. It’s in part why THE WIRE is so powerful and resonant.

Omar sums up the contradictions the series tries to penetrate, which is why he makes for such an original character.

Want to have a go at creating great characters like Omar? Check out our Ultimate Guide to Writing Characters That Fascinate.