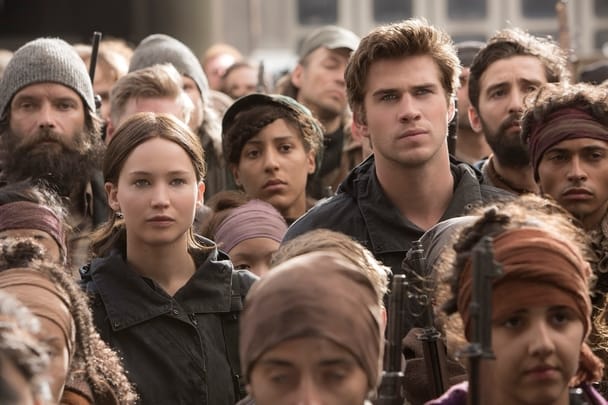 How To Write a Love Triangle

This article will offer some key pointers on that most time-trodden (and wildly successful) cinematic device – the love triangle – and hopefully assist those looking to craft an original and effective one.

We will look to some of the following films for examples:

4. Carrie, Charles and Hamish (Four Weddings and a Funeral)

5. Iris, Jasper and Ethan (The Holiday)

These are just a few characters part of famous love triangles.

What Is A Love Triangle?

As the name suggests, love triangles centre on love and conflict.

Love triangles typically centre on a protagonist and their two love interests.

Despite both being suitable, they tend to be very different. Stereotypically, there is the good guy vs the bad guy. This is most evident in a film such as Bridget Jones Diary.

The plot device hooks the audience and adds drama to the seemingly perfect, smooth narrative. Love Triangles throw the protagonist off their path and help make them appear layered, relatable and real.

Love triangles feature in other genres: dramas, musicals and action, but the underlying common theme is romance despite love not always being felt by all parties. Moulin Rouge!, Leap Year, The Great Gatsby and Titanic illustrate this.

With all three of the love triangles above, the main concepts to focus on are the protagonists’ NEED VS their WANT.

This is a key aspect to character development and creating an arc in general. And it’s an important factor to consider when writing a love triangle.

Typically, people who enjoy romance films tend to favour love triangles in the narratives as it adds a layer of drama and conflict for the protagonist.

But why write a love triangle?

The Romance-Comedy Genre In Writing A Love Triangle:

As we have already discussed, the rom-com tends to lean on the love triangle plot device. So, we wanted to briefly outline a few aspects of the rom-com narrative structure with regards to love triangles.

Elements Of A Rom-Com Love Triangle…

This formula is not exhaustive, but these are the stages which typically appear within the ‘love triangle’ structure.

Let’s Dive into the Detail of the Different Aspects and Key Components Required To Write a ‘Love Triangle’.

1. The Set-up Of The Protagonist:

Make sure you set-up your protagonist effectively and fully-develop them throughout the film.

In ALL of the above cases, we are introduced to characters who are lacking love. They all, to a degree, share a desire and want for a relationship.

Katniss is an exception in that she is an extremely strong-willed and independent character from the offset.

2. The First Love Interest And The ‘Meet Cute’:

Like with your protagonist, make sure you fully-develop the first love interest to make them a layered, real character AND a viable, suitable choice for the protagonist.

We can assess that for the majority of these first love interest interactions, the characters do not directly convey their attractions to one another. They function effectively at foreshadowing their future relationships and later interest in one another.

The Main Take Away:

3. Conflict With The First Love Interest (Protagonist’s Inner Fears Are Hinted At)

As we’ve emphasised, there is no set narrative structure for how to write a love triangle. However, a common-thread amongst films which feature this dynamic is that there is frequently a conflict that soon arises between the lovers.

However, there is not always a set ‘moment’ that a conflict between the characters occurs. In the cases of Twilight and The Hunger Games the Love Triangle develops and lasts throughout the film trilogies.

As highlighted earlier, a central part and cause of a love triangle is the result of the protagonist‘s inner fears. What do they fear? How is this brought out? What’s the flaw with the love interest?

This stage should be introduced to test the protagonist and their relationship with the first love interest. Will this ‘crisis’ be resolved with the introduction of the second love interest?

4. The Second Love Interest’s Introduction And Their Character Development:

This relationship can start at ANY POINT. They can be introduced at the same time as the other love interest, however perhaps it is more interesting to have them introduced slightly later to have a solid character development and comparison to the first love interest.

As with the first love interest, make sure you fully-develop the second love interest to make them a layered, real character AND a viable, suitable choice for the protagonist.

The meet-cute typically occurs after the protagonist is again out of love and is desiring love again. They are in the same position where they began the film- back to square one. This is when the meet the second love interest, who seemingly fills the void of loneliness.

However, they may also be introduced (as in The Hunger Games and Twilight) as another individual interested in the protagonist who is offering something the first love interest isn’t (a desired physical appearance, more affection etc), thus is a rival with a vested interest in stealing the protagonist away.

However, as the narrative develops Iris and Miles’ relationship develops (they go on dates etc.) and spend more ‘couples’ time together. He is the ideal match for her. But Jasper arrives in Los Angeles attempting to seduce Iris back.

As the narrative develops the two date and it becomes obvious that Daniel is not overly suitable for her. She witnesses him cheating and decides to leave.

As the narrative progresses, Charles remains alone and still interested in Carrie despite Fiona’s confession of love for him.

The Main Take Away And Questions To Ponder…

5. Conflict With The Second Love Interest:

After significant character development of the second love interest, there needs to be a conflict/challenge that throws the protagonist off their path. It needs to shake their new relationship and make them question what they need and what they want.

Additionally, the first love interest tends to make another appearance and shake the narrative up.

This stage is important when writing a love triangle. There needs to be an instance in which the suitability of the second love interest is tested. This stage should force the protagonist to face what they really need vs their want.

6. Protagonist Must Be Active And Confront Their Inner Conflict:

Following on from their relationship with the second love interest and the conflict/crisis/new challenge, the protagonist must be active and motivated.

The protagonist is at a low point (similar to at the beginning) and needs to decide what to do/who to choose.

The Main Take Away And Questions To Consider…

7. Decide Who You Want The Protagonist To End Up With:

At this stage the protagonist should have undergone an Arc. They should have changed as a result of the love triangle. It is up to you whether there is a happy ending.

Ultimately, the protagonist will have either decided to be with…

The ending of the love triangle can have occurred for many reasons. However, this typically is due to the protagonist having undergone a change (an Arc) and come to a realisation and acceptance of what they need.

You Should Ask Yourself…

8. Final Questions To Ask Yourself And To Bare In Mind When You Write A Love Triangle:

The knack of a love triangle is how it adds to the narrative. It’s a complication, a challenge and another bump in the road for the protagonist. Make sure that you’re not resting the story solely on the love triangle and instead using it to escalate the stakes, protagonist‘s goals and dramatic tension.

To write a successful love triangle you must make sure that the triangle fits neatly in the shape of the narrative as a whole, as well as making each end of the triangle as sharp as possible.