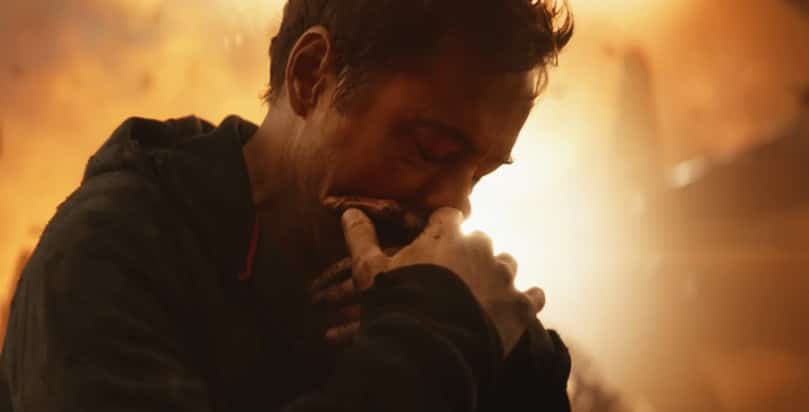 This article will explore the cliffhanger, as a screenwriting mechanism, and how best to deploy it in your screenplay.

What Is A Cliffhanger?

“A cliffhanger is a type of narrative or a plot device in which the end is curiously abrupt, so that the main characters are left in a difficult situation, without offering any resolution of conflicts”

Why Are Cliffhangers Used?

What is an Example of a Cliffhanger?

Films and Television shows use cliffhangers to hook and shock viewers. However, they are arguably best used and most effective in television series, typically the drama/thriller genre.

Cliffhangers are frequently used in Television shows. This is primarily due to the format of television – the function is to continually keep audiences hooked and interested in the show and generate buzz.

Many films employ cliffhangers at the end of the narrative. Admittedly, some films do this more successfully than others. Typically, it is franchises that make use of cliffhangers. This is understandable as it’s an effective way to make the audience eagerly await its sequel and keep audience excitement and interest.

Examples Of Famous Film Cliffhangers Include:

What A Good Cliffhanger Should Include…

We Have Created Eight Essential Steps To Follow To Write A Convincing Cliffhanger.

SPOILER ALERT * Due to the very nature of cliffhangers, spoilers are ahead*

STEP ONE: A Cliffhanger Must Serve A Purpose And Function…

It may seem obvious, but this is an essential stage to focus on. The worst uses of cliffhanger endings appear in narratives in which the writer didn’t know how else to end the film so decided to leave it open-ended without any development. Your cliffhanger must be valid and make sense. It must serve a purpose.

The Takeaway: Whether to leave the audience with ambiguity or to keep them hooked for another instalment, the cliffhanger must serve a purpose. The film cannot just end for no reason, with the sole intention of shock.

STEP TWO: Is It An Internal Or External Cliffhanger?

A key factor you should consider then writing your cliffhanger is what type of cliffhanger it is. Is it physical e.g. Does a character die? Is there an accident? Or, is it internal? Has something dramatic just happened and internally altered the protagonist‘s life forever?

STEP THREE: The Cliffhanger Must Disturb The Narrative Equilibrium…

STEP FOUR: The Cliffhanger Must Be Developed And Not Rushed:

To write a successful and well-executed cliffhanger, you need to ensure that the rest of the narrative is well-crafted. However, the cliffhanger needs to be well-developed and executed in the right pace. You shouldn’t rush the screen-time/duration of the cliffhanger.

It needs to be developed to gain dramatic effect, especially for the audience.

STEP FIVE: The Rest Of The Narrative Must Be Layered And Have Peaks And Troughs:

As we have already emphasised, the narrative itself needs to be solid and well-constructed.

It is essential that the rest of your narrative is well-developed and layered. The cliffhanger should not be the central focus of your film. It is a key part and needs to be carefully deployed. However you need to make sure that everything building up to it makes sense and is logical.

You should aim to write a complex narrative. Within this, the narrative must include peaks and troughs.

You should be led one way, and then that path should be obstructed, leading the viewer down a new way. This is how a cliffhanger will blend in well and not seem an affectation. It will be another element thrown in to take the audience in a new direction, rather than a sole twist.

The examples below all have highly complex, and twisting narratives to keep the viewer hooked and engaged in the narrative.

STEP SIX: The Cliffhanger Must Come At The End Of The Narrative:

Perhaps an obvious stage, however, is that to achieve complete dramatic impact, the cliffhanger must come at the end of your narrative.

You need to leave your audience wanting more. This is something you will typically follow up in sequels.

Typically, the structure for television series is to end on some sort of cliffhanger, in which a character reveals or learns something or a dramatic event occurs. This is usually followed up and comes to a resolution in the next episode. This is also the case for film franchises, such as Harry Potter, The Avengers, The Lord of the Rings.

However, this isn’t always the case. Some screenwriters decide to end their film on a cliffhanger and never resolve the ending. This is perhaps a risky move, but in some cases it works well. To achieve this, you need to have a solid grounding and justification.

A narrative which just ends on a cliffhanger for the sake of it will not succeed or have an effective resolution.

Below are some examples of both films and television shows which are both part of longer narratives and are stand-alone films.

STEP SEVEN: The Cliffhanger Must Support Your Protagonist’s Character Development And Their Arc:

The cliffhanger cannot come out of the blue. Ironically, it sounds as if it is going against its function of shocking the audience. However, to be successful and achieve dramatic impact, it needs to have subtly been built up to.

STEP EIGHT: The Cliffhanger Must Hook And Captivate Your Audience. They Must Be Left Wanting More:

An obvious, yet vital element of the cliffhanger is its impact on the audience. You must ask yourself, what is it you are trying to achieve by ending your narrative on a cliffhanger?

Despite not all narratives having sequels, there is a significant amount of films and television shows that do choose to end on cliffhangers as a means of hooking the audience and preparing them for what’s to come. The next film will offer a sense of resolution and answer the cliffhanger.

Due to the nature of television and the need to keep audiences hooked, endings to television episodes are extremely important.

Key Points To Remember About Cliffhangers:

2 thoughts on “How Do You Write a Cliffhanger? The 8 Steps to REALLY Hooking An Audience”