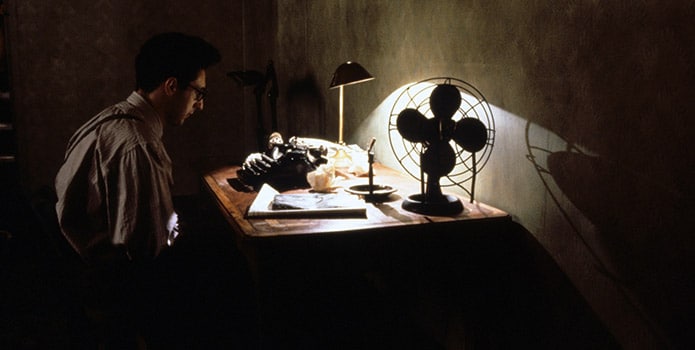 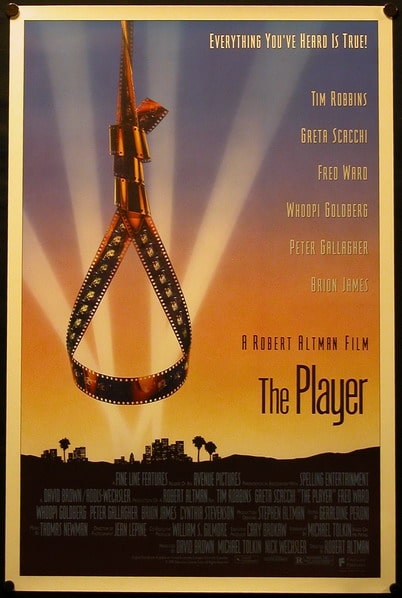 The top dog of screenwriters on the big screen, Joe Gillis (William Holden) is a B-movie screenwriter whose latest script has been torn apart by the Hollywood studios. Fleeing repossession men after his car, Joe pulls into the mansion of long-forgotten silent film star Norma Desmond (Gloria Swanson), whose fortunes faded with the talkies. She has dreams of a return to the big time with her own script for ‘Salome’ – and though Joe thinks it’s awful, he spots a quick buck from being hired as a script doctor to the delusional old thesp. He enters her fragile, delusional world…

2. BARTON FINK – The Screenwriter with Integrity

New York playwright Barton Fink (John Turturro) is offered big money by a Hollywood studio to go west and write for the silver screen – but Barton thinks himself a voice for the ‘common man’ and struggles with the dilemma, before taking the money to write a schlocky wrestling film.

4. THE PLAYER – The Disgruntled & Scorned Screenwriter

5. THE MUSE – The Over-the-Hill Screenwriter

Steven Phillips (Albert Brooks) should be a happy guy – he’s just been honoured with a lifetime achievement award – but soon finds out that’s code for ‘you’re finished in this town’. Struggling to make a sale, he turns to muse Sarah (Sharon Stone) for inspiration. Does she possess rejuvenating powers for screenwriters, or is she just bleeding him dry?

Gil Pender (Owen Wilson) is a successful screenwriter with a materialistic fiancée (Rachel McAdams) who encourages him to follow the money rather than follow his heart. Will a trip to Paris – and some unlikely time-travelling back to 1920s Paris – rejuvenate Gil?

7. MY FAVORITE YEAR – The Up & Coming Screenwriter

Benjy Stone (Mark Linn-Baker) is a gag writer on variety show, when his actor idol Allan Swann (Peter O’Toole) is booked for a guest slot – but Allan is a scandalous drunk, and takes the green Benjy on a whirlwind coming-of-age initiation.

Most of the screenwriters on this list suffer writer’s block of some kind, in many cases, mirroring the experiences of their real-life writers – Charlie Kaufman’s struggles to adapt The Orchid Thief or The Coen Brothers tough time on MILLER’S CROSSING giving birth to BARTON FINK. Here, Mark Christopher (Dick Powell) is an award winning writer who has hit a block whilst writing a film about teen delinquency – solved by a cop friend who delivers teen tearaway Susan Landis (Debbie Reynolds) for safekeeping.

9. CABIN BY THE LAKE – The Method Research Screenwriter

Stanley (Judd Nelson) is writing a script about a serial killer – and he’d really like an insight into a victim’s mentality. What better way than to kidnap people, terrorise them, and run through a brief Q&A shortly before he drowns them in a lake? 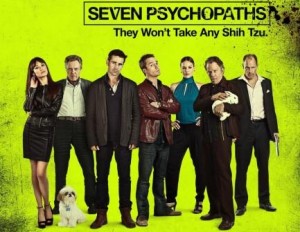 Marty Faranan (Colin Farrell) dreams of finishing his screenplay SEVEN PSYCHOPATHS – is the bottle is getting in the way of his creativity? No worries, as friend Billy Bickle (Sam Rockwell) places a newspaper ad for ‘psychopaths wanted’ and brings a stream of inspiration into sizzled Marty’s world.

Blind screenwriter Harry Caine (Lluis Homar) tells the story of his heartbreak over the death of Lena (Penelope Cruz), star of his last feature film.

Other screenwriters on film:

Honourable mention goes to documentary DREAMS ON SPEC, directed by Daniel J Snyder – who worked alongside QT and Lawrence Bender in their video store days – which follows aspiring Hollywood scribes as they try to break in to the big time.

If you enjoyed this article, why not check out our article containing 9 Observations about Aaron Sorkin‘s THE NEWSROOM?