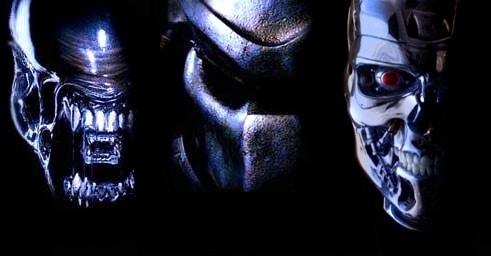 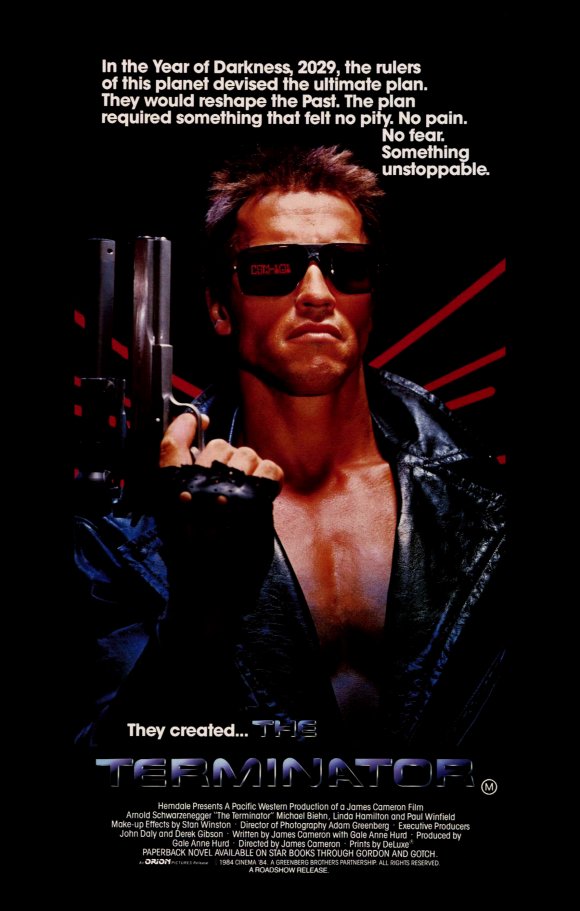 With the arrival of GODZILLA at your local multiplex you might be thinking it’s time to get writing some monster movies of your own — how hard can it be, right?

But while GODZILLA may have roared onto screens large and small over 200 times since the mid 60s, quantity is no indicator of quality. The undisputed modern heavyweights in the creature-feature ring are without doubt: ALIEN, PREDATOR and THE TERMINATOR.

Let’s be blunt about it: no other screen demons have the enduring appeal of this trio though so many have tried. So what keeps these three movie monsters, all released within just 8 years of each other, so evergreen? More importantly, how can we give our creature features the same appeal?

“Predator, Alien, Terminator…this is “The Holy Trinity” of monster movies…near impossible to top”.

Well, the monsters in horror movies — whether they’re wrapped in sci-fi, thriller or action clothing — are acting as a mirror, reflecting our personal fears and anxieties and the larger societal fears and anxieties of the time, back to us, and often we don’t like what we see. No matter the zeitgeist, no matter our current fear, there is always a monster to represent it.

Societies fears are easy to track, in the 50s it was the rise of communism so we had INVASION OF THE BODYSNATCHERS, in the 70s and 80s it was the degeneration of morals and ethics in both personal and corporate behaviour so we got Michael Myers and Jason Voorhees, and in a post-Fukushima nuclear age we get… yes, GODZILLA!

But our personal fears are different. Sexual anxieties, fear of attack, claustrophobia, abduction, incarceration, mutilation — the utter loss of control — those are much more primal fears, and we respond on a much deeper level when presented with them.

ALIEN is the best example of this. The anxiety is not supposed to come from relating to fear of alien attack whilst aboard a spaceship. We don’t travel about on spaceships, so it wouldn’t work, no one could relate. No, the anxiety in ALIEN is a primal anxiety about sexuality and reproduction. The film is chock-full of imagery to do with sex and childbirth, from the soft, round, womb-like crew room that connects to a computer called ‘Mother’ to the chest-bursting ‘birth’ of the creature, and the alien itself and the phallic shape of the monster’s head. In the documentary, THE ALIEN SAGA, screenwriter Dan O’Bannon said himself:

Slightly less primal but nevertheless just as real is the fear a lot of people have for technology. In almost all ‘Man vs. Machine’ films, the more we rely on technology, the bigger and more spectacularly we fall. James Cameron’s TERMINATOR trilogy explores our addiction to technology, and how our reliance upon it dehumanises us. Throughout the monster movies franchise the Terminator represents both man and machine. It looks human on the outside but beneath the warm exterior is a potential killing machine, this dichotomy symbolising the human condition. The opening shot of a Terminator crushing a human skull underfoot simultaneously represents man’s greatest achievement and his greatest failure. 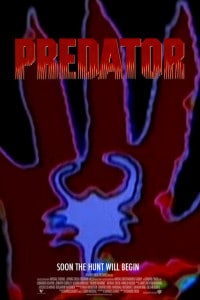 PREDATOR, although harder to pin down, does have its layers and explores similar themes. First, it is an allegory for the US war in Vietnam, where American military power was negated by a jungle-dwelling enemy that couldn’t be seen and who was operating on their own turf, but PREDATOR is also a deconstruction of the late-80s action-hero persona. It’s only once he’s stripped of his weapons, his technology and his cool one-liners can Dutch, as a natural, primal, instinctive warrior, finally take on and defeat the tech-laden Predator.

That said, the other thing all of these movie monsters had in common was that they were all new and unique, we’d not seen them before, and of course the films were full-on, action-packed, totally exhilarating thrill rides that audiences couldn’t wait to see again and again.

So how should we approach writing our own movie monsters? Here are 10 quick tips to help you nail your own monster movies creature feature:

1) Have a point – What are you trying to explore with your movie monster? What is the current zeitgeist? Is it environmental destruction, climate change, erosion of civil liberties, war, famine? What are YOU most afraid of right now? Use that as the way in to your monster and have something to say.

2) Be original – The most difficult part of writing a movie monster but make sure yours is unique to you and your world, not a poor-mans Alien or Predator. Your original take or ‘hook’ is what will sell your work. Figure it out and be able to describe it to someone, so when they ask “What makes this different?”, you’re not struggling for words. Think of the monster movies visual sell, the monster’s skills, the method of kill.

3) Make sure the creature ‘works’ in your world – How did your creature come to exist? Why is it doing what it does? Why won’t it stop what it’s doing? Make sure the existence of your creature and its behaviour makes sense IN YOUR WORLD and be true to that idea throughout your script.

4) Keep it simple — along side rule 3, keep it simple. Don’t try to be too clever. Overcomplicating your creature or its story will bog you down in details you don’t need and just make work for you. Keep the explanations simple and the characters complex.

5) Make your human characters mirror or match your creature – they should have unusual jobs, or be in unusual places, or have extraordinary lives, and the skills and experience they bring to bear from their lives should mirror or match the creature to make them the perfect person to be in that story.

6) Don’t give characters a way out – Whatever happens no one should be able to get in a car or plane and just leave and never come back. Make sure they have no choice but to stay and fight, and try to survive.

7) Remember, the creature is not your character’s only problem – Just as the creature is a reflection of a societal anxiety, so it should also be a mirror to your main characters personal anxieties, and in dealing with the monster they must deal with their own problem.

8) Don’t waste time — get to the deaths fast and make them count. Audiences are expecting ‘death by monster’ so don’t make them wait, but do make every monster movies death count.

9) Make the characters central to the story – Monsters are all well and good, but people care about people so make sure your human characters are at the centre of your story. If your story doesn’t need them (ahem, GODZILLA…) the audience has no one to root for and the film won’t work.

10) Leave room for a sequel – after all, if you’ve spent the time and effort writing a truly great movie monster, it only makes sense!