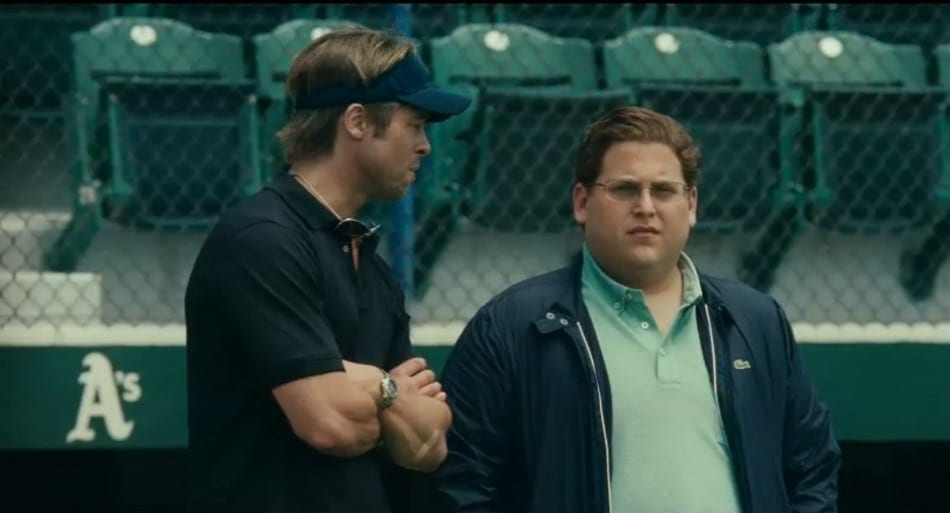 The film: How do you set about adapting a non-fiction book on the use of statistical analysis in baseball? Hiring the twin screenwriting powers of Steven Zaillian (SCHINDLER’S LIST) and Aaron Sorkin (THE WEST WING) isn’t a bad place to start, with Sorkin’s trademark razor-sharp wit acting as the perfect change-up to the gripping drama of an underdog sports story. After the tricky project saw off director David Frankel, with Steven Soderbergh’s version canned only days before lensing, CAPOTE director Bennett Miller finally stewarded MONEYBALL to the big screen.

The plot: Failed player and now General Manager Billy Beane (Brad Pitt) is tasked with taking the small-market, low spending Oakland Athletics to glory in a league with no salary-cap, competing against high-rolling powerhouses like the New York Yankees. Beane is convinced by Yale graduate Peter Brand (Jonah Hill) to take an unorthodox approach for scouting new players – using advanced ‘Sabermetric’ statistical tools to nab cheap bargains, instead of old-fashioned ‘gut’ scouting. In a sport known as ‘America’s Pastime’, their radical changes are met with fierce opposition from manager Art Howe (Philip Seymour Hoffman). After initially terrible results, the team turn things around, embarking on a record-breaking winning streak. 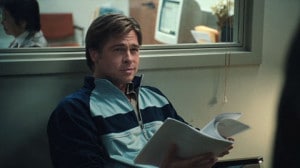 The scene: Despite reaching the playoffs, the Athletics lose in the first round and do not make the World Series, leaving Beane despondent. In MONEYBALL’s finale, Brand sits Beane down to show him a video of an overweight baseball player who trips when trying to run to second base, and has to crawl back to first base – in the dirt, humiliated, his worst nightmares come true, other players laughing at him… but why are they laughing at him? Because he actually hit a monster home run, and could have walked the bases at his leisure. As Brand notes. “he hit a home run, and didn’t even realise it”.

Why it’s unheralded: After locker room fireworks and on-the-field tension, this denouement is low key and nuanced in its dynamics. With the team’s season finished some might think the main plot thrust is over – but it’s in this scene that the protagonist comes to accept that his revolution won some battles, even if it couldn’t quite win the war.

Why it’s great: It can be tough to balance the energies in mixed-ending scripts – those bittersweet victories which aren’t so absolute – but MONEYBALL finds the perfect way to offset failure with hope and redefine the parameters of success, pointing to the true battle in the film – similar to Aaron Sorkin’s THE SOCIAL NETWORK, this is a film about pioneers who see the world in a different way. In what could have been a highly internal moment, using the metaphor externalises Beane’s epiphany and is a perfect example of a mentor figure imparting lessons via abstracted examples, rather than flat, on-the-nose conversation. In a sly modern twist, this poignant moment in MONEYBALL is broken by Brand’s comedic acknowledgment that “it’s a metaphor”, a sharp moment of contrast which quickly flips us between emotions.

If you enjoyed this article, why not check out our Unheralded Scene: THE PIANO (1993)?