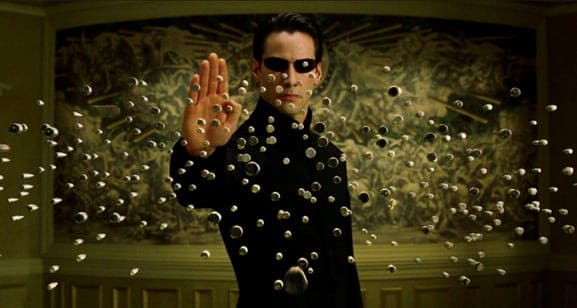 What is a “high concept” movie? What do movie producers and executives look for in a high concept? And how do you turn a logline into a high concept to begin with?

In turn, that’s where writing a good premise, or “high concept,” become valuable.

A high concept is a captivating premise (or logline) to a movie that generates audience appeal without attached elements, such as critic reviews or casting.

Furthermore, a High Concept conveys 3 basic elements at its core.

TITANIC – A seventeen-year-old aristocrat falls in love with a poor artist aboard the luxurious, ill-fated R.M.S. Titanic.

The 3 elements are shown clearly in this one line without needing to be stated directly.

However, executives, and producers see much more than just a combination of words. As a result, the high concept they’re looking for conveys —

So how do you turn your story idea into one that could be defined as high concept. We’re going to look at 7 steps for transforming your one-line premise into an attractive high concept.

Moreover, these 7 steps will:

First, a common pitfall in a screenwriter‘s journey is failing to brainstorm all the possibilities of an idea.

Often, writers get caught in the momentum of an inspired idea.

Of the 99 out of 100 screenplays that can’t be recommended, 90 fall apart in one very basic way: the story concept sucks.

It’s essential to uncover your idea’s TRUE marketing and creative potential. To that end, here are 2 tips that can help…

First, list any and every idea you want to see on screen. Doing so without reservation will allow you to discover your own originality and passions.

For example, you may come up with a premise or simply a vision.

Next, let’s refine your premise one step further.

The purpose of asking “What if…” is to discover what’s possible. It leads you back to your own creative imagination. It also leads to an idea that may be appealing to your audience.

To understand this process, let’s use Rian Johnson’s KNIVES OUT.

Because MURDER ON THE ORIENT EXPRESS came out recently, Rian has the challenging task of creating a fresh murder mystery movie with an original twist.

Here’s what his approach in asking “What if…” may have looked like.

These exact “what ifs…?” may not have been Rian’s exact method. But his thoughtful, relevant themes of immigration and social class greatly strengthened KNIVES OUT’s potential.

Combine your brainstorming with these tips to refine your high concept too.

Now, you might already have a premise line in mind.

However, conducting a thorough research is the next step in revising your logline.

Research material could include:

Without current cultural and political trends, it would be difficult to envision THE TWO POPES being such a high concept film. An exploration of the future of the Catholic Church, however, proves timely.

The same was true for, THE MATRIX, which was grounded in technological and theoretical research about simulated worlds.

No matter the context (or genre), relevance of the subject matter contributes greatly towards a movie’s high concept appeal.

In the same fashion, researching movies in production and in pre-development is equally important. Not only are you provided with similar movies that found success, but also, leverage for pitching too.

For instance, take Evan Daugherty’s journey in writing SNOW WHITE AND THE HUNTSMAN.

SNOW WHITE AND THE HUNTSMAN: In a twist to the fairy tale, the Huntsman ordered to take Snow White into the woods to be killed winds up becoming her protector and mentor in a quest to vanquish the Evil Queen —

To imitate Daugherty’s accomplishment is unlikely.

However, his METHOD of research and timing is a process any writer can leverage.

Here are some sites that will help you along your research process. Use these to find movies in pre-development and scripts newly acquired by companies.

Additionally, find movies that had box office success similar to your story idea. For instance, here are a couple sites that can help:

REMEMBER: As you research, revise your high concept premise. It will further ensure that your idea is relevant based on its sub-genre or cultural trends.

Producers and executives are great at identifying inherent problems within the concept of the movie.

Common challenges to be aware of include:

To understand how writers meet these challenges, consider —

Sorkin faces the dilemma of writing a passive story for a character whose name is well known.

In this situation, how does Sorkin still hook the audience?

LOGLINE: Steve Jobs takes us behind the scenes of the digital revolution, to paint a portrait of the man at its epicenter. The story unfolds backstage at three iconic product launches, ending in 1998 with the unveiling of the iMac.

On its own, this logline might NOT possess enough commercial potential for executives and producers. If anything it sounds, more like a documentary. So what worked?

Revise the high concept after fixing your potential problems to accurately reflect your story.

The “method” refers to how your story is told, and can provide originality for generic, familiar stories (ex: Historical WWII drama).

For example, let’s look at DUNKIRK.

DUNKIRK focuses on the escape of 400,000 allied soldiers from the beaches of France. The possibilities of methods it could have been told in, however, are immense.

So what are possible methods Christopher Nolan could have taken to tell his story? He could’ve —

Rather, Nolan’s method for developing DUNKIRK was based on three different perspectives – Land (soldiers), Sea (fishermen) and Air (Pilots).

In turn, Nolan was able to tell another WWII movie through a unique and original method.

Method – A programmer plots an AI robot’s escape over the course of a week through a series of experimental interviews.

Method: Track the journey of 2 soldiers over the course of 2 days.

STOP! Refer back to the STEVE JOBS logline above. Can you spot its embedded method?

In short, by having a clear method, agents and producers can clearly envision your story. In effect, it increases your script’s high concept potential as well.

In addition, after arming yourself with research and addressing story problems, select a compelling protagonist and conflict.

Ask yourself, “Who is the most compelling character?” Here’s a check list of qualities to keep in mind for choosing your protagonist.

If your protagonist meets all these marks, congratulations! Include this character in your high concept premise line.

Otherwise, further develop your protagonist or choose a new one.

It’s not necessary to include the name of your character. Rather, include a brief, captivating description:

Your hero’s conflict boils down to this one blurb:

Your Protagonist / Hero FIGHTS your antagonist / villain FOR a desire.

Keep your conflict and motivation simple, whilst promising rising and climatic action.

Moreover, most movies boil down to these external motivations which conflict can be originated from…

Having a simple conflict that promises rising action allows executives, agents, and producers to clearly envision your high concept movie right at the premise line.

A story concept that promises a powerful character can greatly increase your story’s marketability and creative appeal.

For instance, take a look at JOKER as a recent example.

Logline: In Gotham City, mentally troubled comedian Arthur Fleck is disregarded and mistreated by society. He then embarks on a downward spiral of revolution and bloody crime. This path brings him face-to-face with his alter-ego: the Joker.

Audiences flocked to see JOKER. And not just because he’s a favorite comic book character. Rather, because the character arc from “lonely comedian” to the “Joker” is a compelling transformation.

To find your story’s compelling character arc, identify your hero’s… 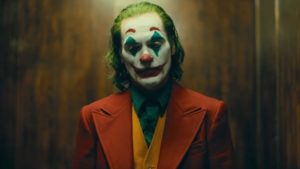 Once you have a premise, AFTER CONTINUOUSLY REVISING, only one step remains —

That is, test your high concept’s audience appeal.

Ask around around your social circle. By all means, ask family and close friends too. By the same token, if you know anyone in the industry (actor, executive, manager) ask them!

You can do this in a totally natural way. If someone asks you what your movie is about, does your response provoke an interested reaction?

Practice telling people what your movie is about in an easy, pithy way. This will help refine the core elements and hooks of your idea.

You might ask, “what if somebody steals my idea?” It’s a scary feeling. 3 things to note —

In short, no specific step can promise a high concept movie. What these steps do guarantee, is an added advantage to selling a high concept.

Additionally, developing a high concept movie often requires weeks of revisions and research. Does that mean more planning and preparation before writing? Absolutely.

However, the payoff for a valuable story with marketable and creative appeal is well worth it.

Use the steps and resources listed above to give your screenplay a concept that will stand out from the crowd.