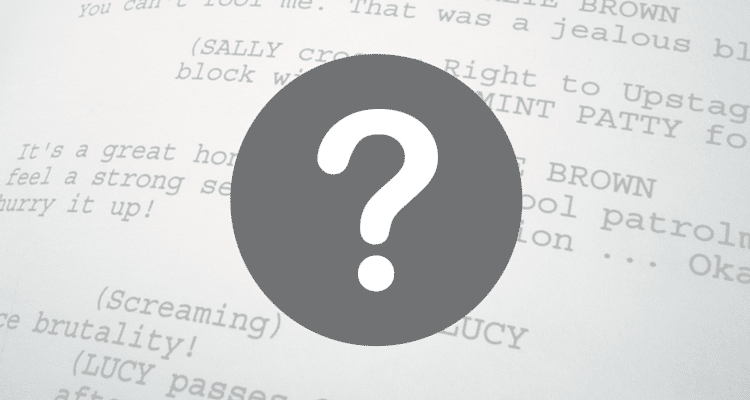 How to Create Intrigue – The Screenwriter’s “Golden Goose”

To create intrigue is one of the greatest things a screenwriter can achieve.

Be it via an urban rom-com, a micro-budget horror, or an $100m dollar action film, if you can create a sense of intrigue, and get that executive wanting to know more…

…well, it won’t matter what you’re writing, because they’ll be into it.

Intrigue is genre-proof, taste-proof, beyond and above current industry fads and whether the script reader has just read four shockers and is ready to throw their laptop out of the window or not. Intrigue transcends… 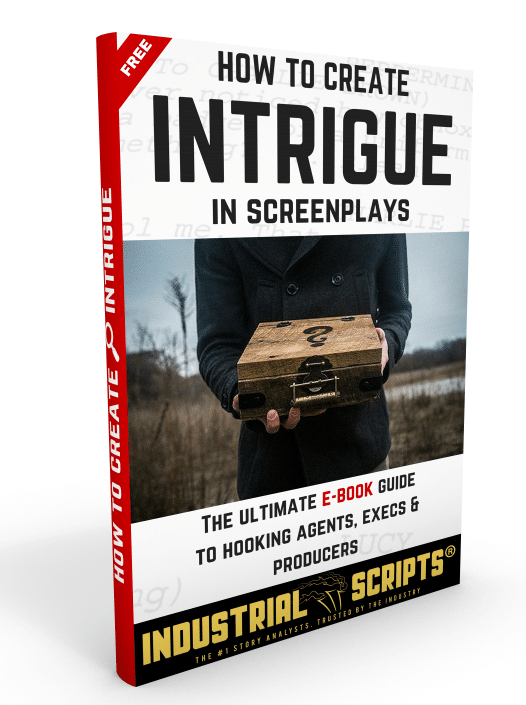 Read on for an exclusive excerpt from the guide OR…

“Intrigue is genre-proof, taste-proof, beyond and above current industry fads and whether the script reader has just read four shockers and is ready to throw their laptop out of the window or not.

It might just be the most valuable plate in a screenplay’s suit of armour – an almost impenetrable metal slab against the slings and arrows of rejection and the undulating nature of individual taste or agenda.

“Hitchcock is not particularly concerned with teaching or reforming us, but with intriguing, moving, captivating us…” – Francois Truffaut

To both celebrate and investigate intrigue in film and television, and the mighty fine line screenwriters must tiptoe along in order to generate it correctly, we commissioned a giant 30 page “ultimate” guide to breeding this most evasive of entertainment element…

HOW TO CREATE INTRIGUE – AN EXCERPT

There’s a perennial script development anecdote in which a development executive says to a screenwriter, “Well, I’ve read Act One and I really need to know more about the protagonist.” To which the writer replies “Exactly!” Creating intrigue represents an incredibly delicate balancing act: how much to reveal; how much to withhold. And, crucially, when. Reveal too much and you’ve got soap. Reveal too little and you’ve got the worst kind of arthouse self-absorption. And one size definitely does not fit all when it comes to genre and story type.

Intrigue is specifically a cerebral engagement, whereas suspense is a visceral one…

So what is ‘intrigue’? Intrigue (also known as ‘mystery’, though intrigue is a better term because mystery is so closely associated with the genre of the same name) is specifically a cerebral engagement, whereas suspense is a visceral one. You could describe emotional engagement as affecting the heart, while intrigue engages the head and the visceral engages the gut (accepting that extreme emotion can feel so visceral as to be felt more in the gut than the heart). It’s a delicate balancing act: how much to reveal; how much to withhold. And, crucially, when.

When, in SE7EN, John Doe turns himself in, our intrigue is spiked…

In screenwriting terms, intrigue could also be described as a question which is answered with both cerebral and emotional satisfaction (with the addition of visceral satisfaction when the genre is horror or comedy, or any genre mix which includes either one; indeed this is a pertinent moment at which to point-out why both comedy and horror screenplays are so hard to get right, though they are easy to do passably because you simply aim for the jugular/funny bone respectively).

The key exception is hard sci-fi, in which the intended aim may be to answer the question posed by intrigue with a solely cerebral answer (though there are also forms of drama from which all emotion is deliberately excised and the intended response is the cool-headed and analytically-minded cerebral engagement of the clinical psychologist).

Whilst single-genre horror and comedy rely on visceral engagement in terms of their core requirements, the best of each fold the cerebral and the emotional into the visceral, creating engagement at all three levels.

The most engaging horror and action films incorporate thriller plot elements; the most satisfying comedies incorporate the emotional catharsis of a dramatic arc. 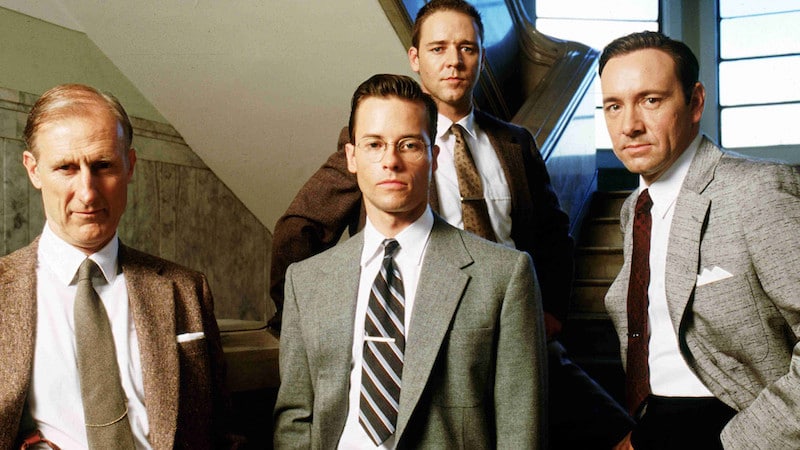 Because the cerebral should always be in service of (or subservient to) the visceral in horror and comedy, the thriller is in a unique position to exploit all three types of engagement.

Looked at this way, there is a clear reason why an expertly-wrought thriller is often the most satisfying of all genres, having the potential to combine sustained cerebral intrigue with visceral and emotional engagement.

Think of CHINATOWN or L.A. CONFIDENTIAL – thrillers which hit you on multiple levels.

There appears to be an unwritten rule of story that two elements combine well over time, but three do not…

It’s interesting here to think about SE7EN, which though cerebrally engaging, ultimately chooses to maximise both visceral and emotional engagement over the need to create intrigue.

This is a great example of why it’s not really possible to sustain a combination of all three, as over time the three levels start to work against each other. There appears to be an unwritten rule of story that two elements combine well over time, but three do not.

First of all, intrigue directly relates to plot. As the exec said, we want to know more. Not because we feel we don’t know enough about the protagonist to be able to engage with them, but because every choice the protagonist makes, every action they take, asks the same question:

What will happen next?

In some cases, diffuse dramatic irony is so strong that we know what’s going to happen next before we even take our seats in the cinema. The BOND films are an ideal example of this. The intrigue is now almost postmodern:

When there is a law of diminishing returns, often the intricacies of the plot will be convoluted in the extreme, specifically because the major plot points are already written in stone. Vesper Lynd’s death in CASINO ROYAL, along with Tracy’s tragic demise in ON HER MAJESTY’S SECRET SERVICE, are shocking not only because of their emotional weight, but because they are so unexpectedly outside what we expect to happen next.

The revelations in SPECTRE, though one can easily appreciate the aim behind them (to create intrigue where such has an increasingly high premium) feel contrived precisely because they are, the aim clearly being something akin to a ‘Greatest Hits’ album.

In those rare cases where a film is neither franchise instalment, remake, adaptation or ‘same again’, filmmakers have the opportunity to create intrigue at every turn. In every scene, they can be asked:

What will happen next?

And before that, the screenwriter has the opportunity to ask this same question of the reader, hopefully asking it with such frequency that the reader reaches FADE OUT before they realise they’ve gone past page thirty. Splice intrigue with philosophical themes and you’re in existential clover…

The sci-fi/thriller splice (e.g. OBLIVION) along with the psychodrama/thriller splice (e.g. MEMENTO) deliver both cerebral and visceral suspense, as well as asking the deepest philosophical questions about our identity, our place in the universe and our very existence. The screenwriter has the opportunity to create intrigue by asking this same question of the reader – and hopefully asking it with such frequency that the reader reaches FADE OUT before they realise they’ve gone past page thirty…

As this brief excerpt has illustrated, creating true intrigue in a script is one of the most valuable strings you can add to your screenplay’s bow. In the full 30-page e-book you’ll learn how to: