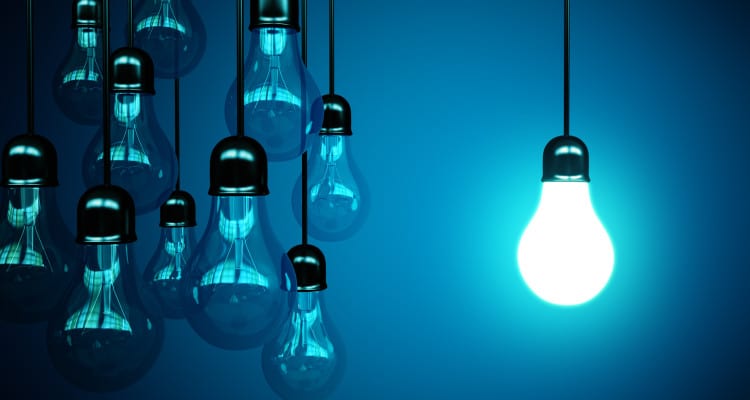 Screenwriters and The Flash of Genius

The other day I awoke having had the most glorious film idea I felt I had ever had. IN MY SLEEP. I dreamt it. Like a joke in a Wes Anderson film, ‘it came to me in a dream’. The entire day, and ergo waking hours prior to this, had been spent working up a treatment that, when I pitched it to my husband that night, prompted him to just look at me as if I was finally admitting I was insane.

“Well?” I said hopefully and probably waiting for him to drop to his knees in tears that I’d finally made us our fortune.
He left an inordinate amount of time for someone whose knees were still…well, in the sitting position. Finally he spoke.

“Bridget Jones’ Diary?” he said to me and I have to say, he was kind of glaring at me in utter disbelief.

“No!” I cried, incredulous that I could have married such a fool. “This is a ROM-COM”

“Bridget Jones’ Diary?” he said, now with the kindness you afford the mentally ill.

This time it made me think. Take away the ‘me’ character and the two men of whom one was mean to ‘me’ and one was nice, which made me feel he was wrong for ‘me’, and then remove that whole diary thing that my entire story span on and, well, I had to admit, I was an absolute imbecile.

I had indeed earnestly spent the entire day working up Bridget Jones’ Diary, the cheap not-funny version. Of which there is a third film shooting right now. It’s not even like it had faded into the background. I hadn’t ripped off some little known early talkie and revamped it, I was going right to the heart of the British film industry and doing a crayon version for myself.

This is not a first for anyone. Every time I get an idea, I believe it’s the greatest thing ever for the whole first day. Warm from the glory of a notion that will make me safe in my chosen career for life, that first day is a tropical cyclone of excitement. This is it. This the moment where it all changes. I knew it would come, I think, as I dance to the kitchen to make another piece of delicious this-is-all-I-can-afford-right-now-but-will-soon-be-freshly-shot-quail-with-caviar-butter-foam toast.

Every time I get an idea, I believe it’s the greatest thing ever – for the whole first day.

Day two of your delicious money-making snooze-baby is still exciting but now you’ve become more practical. Suddenly the idea evolves into what it is. A dream you had. One sentence. A thin little idea that mirrors everything else you’ve ever written up to this point unless you can pull something original out of the bag.

When you start to imagine sub-stories and secondary characters, it begins to weigh a bit more and not in a good way. It feels like you’re wearing a leaden sweater-vest. Your brain begins to tickle inside and clawing at your own scalp does not scratch that itch. There’s a lot of work to writing up an idea, you realise. Scripts are hard, you know.

Day Three and a sinking feeling occurs because this is stupid, pointless, everyone else in the entire world will have had this idea, that’s why you’ve had it. You start to scour the internet and yes, there are other films that have one or two moments that resonate. You tell someone in the desperate hope of some motivating reassurance. They say it’s EXACTLY LIKE SOMETHING IT’S NOT.

But the panic now sets in. How did this brilliant idea become such dog’s muck in such a short space of time. There are an awful lot of films it ‘could’ be. In all honesty, you’d be lucky if they were but they’re not anywhere near that good.

Now you see that the best sellers list in The Times has a paperback that’s similar. Well, that would have sold in hardback, for sure, to a big movie producer in America. You might as well just throw in the towel, the duvet and all of the bed linen to boot since you won’t need them in the hovel you and your stupid ideas deserve to live in. Is it over? Did the dream really just die in three short days?

Here’s my theory, as ever, for what it’s worth…

Every idea you have will somehow hark back to the supposed Seven Storylines. Every film you talk about will remind someone of something else. Every notion resonates with someone in some way that you didn’t expect.

But no-one will tell that story the way you do. Your voice will tell it in your way and that’s what will make it original. No-one will write it like you.

If do you write like someone else, it’s most likely that you are just wriggling around trying to find your own tone in amongst the myriad of multi-media we all absorb every day. But you’ll find it. It’s there somewhere and, when you damn well tell your Avatar meets Dead Poets Society dream movie in your own special way, it will be unique to you.

Remember: your hopeless helper will come from your own cock-ups in your corner shop; your bitchy boss character will be exclusively your very being’s bane and will have influenced you thus; your hero or heroine is most likely you and unless you’re Dolly the sheep, well, then you’re entirely your own person and not a sheep at all.

As for me, about two nights after the Bridget Jones’ debacle, I did genuinely have a dream about how to make my story work and it’s wholly original, and specific to me and the themes I want to peddle. I’m happy. I even phoned my agent on a Saturday, to pitch it to him at once, who loved it although he said it did remind him of something he’d read recently but he was sure I’d turn it into something quirky all by my own weird self.

Oh, and he also said not to call him a Saturday again unless I was actually physically dying, otherwise could I just get on with my work and give him something to sell.

Tamzin Rafn is a screenwriter and former Development Executive, represented by Independent Talent in the UK and WME in LA. She wrote ALBATROSS and worked in the main vein of script development in the UK at an organisation of note. No she cannot read your script, Industrial Scripts do that and do it well thanking ye kindly. You can follow Tamzin on Twitter, or you can check out her IMDb profile.

If you enjoyed this article, why not check out our article: A Screenwriting Salary – how much do UK scribes REALLY earn?