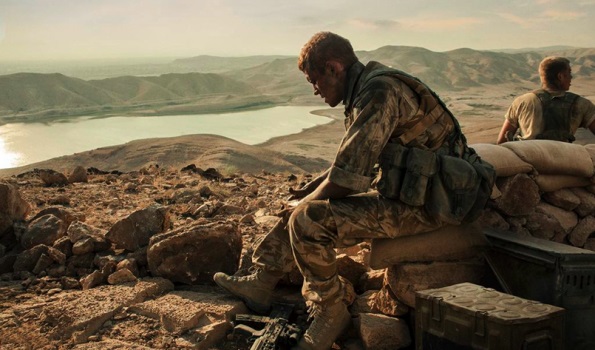 What I’ve Learnt about Screenwriting: Part 1, The Idea

So I’ve been doing this for a while now, and for some reason I feel a powerful, hubristic, intimations-of-mortality urge to communicate nuggets of web-friendly wisdom to all you aspiring screenwriters out there, who will no doubt be stealing jobs from me this time next year.

Specifically, I have a movie coming out in a month and so for the next few weeks I want to track that project from script to screen and unpick the lessons I’ve learned from this process.

The first lesson of screenwriting is this. Don’t start, don’t pick up a pen, don’t CTRL+N until you’ve hit upon Literally The Best As-Yet-Unmade Idea For A Movie In The World Ever.

Three years ago I was working with a director called Paul Katis on a training film for the British Army and the thought occurred to us that the British don’t make war films any more. Which is weird, given that we certainly still fight wars, that soldiers are certainly still dying in those wars and ergo you’d think there would still be tales of heroism, drama, tension (all that good movie stuff) going on.

So then we went looking for real-life incidents with which to inform our (at that stage fictional) modern British war movie. And then we came across the story of the Kajaki minefield disaster.

This is not an ad for my movie, or at least it’s not totally an ad for my movie, so long story short, Helmand Province, September 2006, a soldier goes on patrol, steps on a mine, his mates come in to rescue him, they step on more mines, and soon it’s a terrible day.

Suddenly our Big Idea came into clearer focus. Tell a TRUE modern British war movie. This true story had the benefits of being relatively contained in terms of time (one day), location (one minefield) and cast (one group of guys). And they weren’t Taliban mines, they were left over from the Russian invasion of 1980, so it didn’t need to be an overtly political war film and we could concentrate on the experience of the guys involved.  That felt different.

But an extraordinary true story in and of itself does not constitute Literally The Best As-Yet-Unmade Idea For A Movie In The World Ever. The two reasons why the events at the Kajaki Dam earned, at least in my head, this title, presented themselves in the detail we uncovered as our eighteen month research process developed.

First, the timings of the incident had an inherent three act structure, from set up (normal day) to complication (first mine), to further second act complications (mines two, three and four), to all hope is lost (we’re never getting out of here), to some sense of resolution at the end.  I feel uncomfortable talking about real personal trauma in terms of film structure but the fact remains that the events of the day both were and (as importantly for me) played out like a tragedy.  It was a movie.

But it was in meeting the soldiers themselves, in hearing twenty subtly different versions of the events, told with perspective, personality, pathos and pride, that I knew that this was a seriously special story. This was a hundred minute piece of drama to which I could dedicate a couple of years of my life (as yet unpaid) without getting resentful or bored. A movie on which I could call in every last one of my chips and not feel embarrassed, because it was worth it. A movie I hadn’t seen before.

(I will discuss this part of the research process in more detail in my next post – Why True Matters.)

When you are working in the independent sector you have so much stacked against you. Not just financial or logistical obstacles, but the apathy of both a film-making industry and a film-going public who are more impressed by the razzle dazzle than they would care to admit.  Cutesy / quirky / noisy doesn’t cut it. Very few people will go and see your no-name-cast indie movie if, for the same £10, they can watch the studio version with Channing Tatum instead.

Look at Memento. Look at 28 Days Later. Paranormal Activity. Open Water. Monsters. The Blair Witch Project. Catfish. Juno. Saw. Moon. Each of them, at the time, Literally The Best As-Yet-Unmade Ideas For Movies In The World Ever.

Don’t start your own film-making journey until you’ve got yours.

Tom Williams is a full-time screenwriter and ex-Development Executive for Fine Line Features. He wrote CHALET GIRL (starring Ed Westwick, Felicity Jones and Bill Nighy), basejumping movie BASE and war film KAJAKI.  He is represented by United Agents.  He doesn’t read scripts unless they’re his own, Industrial Scripts already do that and do it well. You can follow Tom on Twitter, check out his website and IMDb profile, read old posts on his blog and tell him where to go in the comments box below…