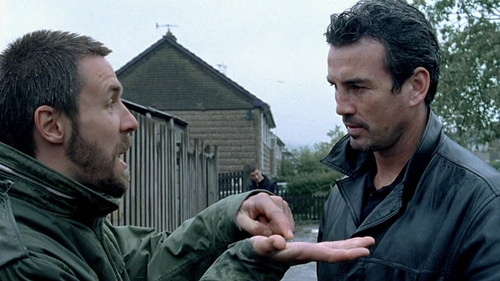 Write What You Know or Just Say No! (and other rhymes)

I’m going to give you procrastinating scribblers a little bit of advice today. Yes me, who gets up at the crack of 10.30 in the AM and eats really really really old Chinese food from the back of the fridge to get thin. That statement may not make me sound like Old Methuselah but I have learnt something from my mistakes (if you don’t count the fact that I simply cannot remember that taking things out of the oven will always require some kind of cloth hand-protector to stop the searing pain. In the words of my husband, as he watches me rinse my own fingerprints off my scalded fingers for the billionth time in as many years, “Even old dogs learn faster than you”).

Anyway, put all that out of your mind as I impart my sage wisdom upon you and just retain the knowledge that, somewhere along the line, people have paid me just about enough money to write in order for me to get oriental takeaway treats whenever I fancy. So here it is. The great lesson I am going to teach you.

Not every project is right for you.

There. I’m going to say it again. Not every project is right for you.

Even as I type it, a little part of me still thinks that if I really turned my hand to it, I could come up with a sequel to WORLD WAR Z. Even now, look, as I write that definitive statement, not once but twice to reinforce my point, I’m thinking not even at the back of my head, ‘Oh oh oh, this one is called World War Zzzzzz and it’s about a group of zombies who have developed the mind power to put the enemy to sleep as they battle it out for the human race’. Someone just tell me it’s bad. Someone important and I’ll stop right here right now from going any further with my Zzzzoms. You see, you don’t need to finish the word Zombie because their victims wouldn’t! They’d be asleep, see! Tonight, I’ll lay down my weary head and dream the entire plotline in full gory colour adding in the fact that I’m asleep myself as inspiration-plus, and I’ll wake up thinking Steve Zaillian should just hang up his goddamn biro right now as I race to the computer to start bashing out my brilliant million dollar idea.

Whereupon, I will realize that…I’M GOING TO SAY IT AGAIN. Not every project is right for me. I don’t know the first thing about any of this stuff. I haven’t even seen World War Z and now I’m putting myself forward for sequel on the basis of reading the tagline on the IMDB. And it’s not the first time I’ve done that either. I’ve been attached to any number of projects in the past that have caused bald patches in my flowing tresses, twitches in one of my eyes so bad that I’ve pulled several times just going to get a pizza, and the night terrors that have sent me cascading down the stairs in fright before working out that we don’t even have stairs in our flat.

I have simply been terribly flattered that a producer has even considered me for a gig and then I’ve thought of a canny pun on an existing title with which to reinforce how right I am to sit for the next six months crying into my keyboard because I can’t actually produce a script for, “A Womb With A View”-  a baby’s eye view of the world from the inside out, or “Cheesy Riders” – a cancer comedy about a budding cycling team from Cheddar Gorge.

Quite a well known UK comedy writer, who gained herself one of those much sought after O-1 Visas to work permanently in the States as an Individual of Extraordinary Ability, told me once, “Find the story you’re good at telling and just churn that out in various guises over and over and over again”.

So perhaps her advice is better. I can’t even write the right advice.

But who cares because guess what story it turns out I’m good at telling? Tales about naughty teenagers. And guess what that means for me? I get to stay in bed late, eat takeaway for breakfast and declare myself unable to use the oven on the grounds of safety. Well done me.

Now off you go.

Your niche, and only yours, is calling you…

If you enjoyed this article, why not check out our article: Swerving Development Hell in the New Dawn of Crowdfunding?

1 thought on “To Screenwrite Right, Write What You Know”