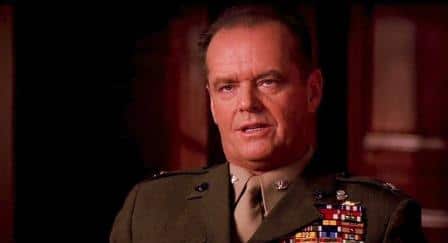 In Screenwriting, the truth matters…

Today we’re going to talk about The Truth. Not this sort of truth. Or this. Or even this.

We’re going to talk about the kind of screenwriting truth that connected six out of the nine Best Picture nominees in the 2014 Oscars. The kind that will in all likelihood connect a similar percentage next year – I’m looking at you Mr. Turner, The Imitation Game, The Theory of Everything, Foxcatcher, Unbroken, American Sniper, Selma and Wild. And, in a both self-aggrandising and self-promoting link, the kind of truth that also informs my new film Kajaki.

It can be based on, inspired by, or from a. It can even be A or The. Audiences go crazy for them, critics take them disproportionally seriously and, probably for both those reasons, producers and commissioners and broadcasters seem to push them into production more readily than they might.

We’re talking about the True Story kind of truth.

It’s a sub-genre of films that Venn diagrams together everything from thriller to horror to comedy to (most commonly) drama. One which has always been popular but seems to be enjoying a resurgence (take a look at this long list here from just the last five years) as the aforementioned producers, commissioners and broadcasters maybe realise that Extraordinary True Stories are a better – and often cheaper – bet than expensive-to-option books and plays, let alone, God forbid, original ideas.

But it’s a curious beast, the True Story movie. It’s not a documentary. It’s not a drama-doc with low-fi reconstructions and objective analysis. It is a full-on, scripted, performed, edited, lusciously soundtracked and emotionally manipulative drama. The same as any other kind of crafted drama. So where’s the truth in that?

Jonathan Dean wrote an interesting article in last weekend’s Sunday Times (paywall) where he made the point that real lives are not neat and structured, in the way that films demand them to be. So any attempts to impose ‘resolution’ or ‘lessons’ on biopics or stories based on true events are doomed to end in contrivance, he argued. You may as well just make it up.

There is something in this, but it isn’t the whole story. If you twist the biography to suit the conventions of genre / demands of an audience / rules of dramatic structure to the point where it becomes unrecognisable, or disrespectful, or indeed absurd, then yes, you probably should have just made it up. Or you were just going about it the wrong way. David Ayer was recently spending a lot of time justifying his “based-on-a-true-story” script of U-571 while promoting his not-based-on-a-true-story new movie Fury, and has apparently now learned to tell the difference between the two.

But I think we do learn lessons in our own lives. And we do have resolution. After the occasional exceptional incident or set of circumstances we might step back and reflect upon how they may have changed us, and we take stock, and we move on. And we’ll probably then relate both the incident and the lesson to those around us in the form of ‘you’ll never believe what happened to me last week…’ And of course that is what storytelling is, and does. So true can be dramatic.

And the ‘you’ll never believe’ bit is probably the key to why true stories can and do and should be allowed to work as drama. Because they are true, and not made up, audiences load them with more significance. They are truly stranger than fiction, more compelling than fiction. BETTER than fiction.

Which brings us back to my movie. I mentioned in my last post that, having set out looking for events to inform a fictional British war movie, we hit up on the events at the Kajaki Dam on September 6, 2006. And we soon realised that the true events of this horrific day made for much better drama than anything we could make up.

The reasons for this are manifold. For one thing, it actually happened (see above for why that is a good thing). For another, there were enough separate incidents during the day itself (no spoilers here) that the drama kept developing, and kept changing shape, in the way that film structure demands. So there was little or no need for invention.

But it went beyond that. The more we looked, the more interesting, odd details and moments and lines we found, which we really could not have made up and which added to the warts-and-all realism we found so captivating. We broke various screenwriting rules to accommodate this. There is no classic hero’s journey here. The first act does not function as first acts classically do. There are probably too many characters. But all of these rules were worth breaking for the incremental truth quotient they delivered. Real is not neat, as Dean observed. But drama doesn’t need to be, either. That’s the line you have to tread.

And most importantly, we put in the hours to talk to everyone involved. I mean everyone, and I mean hours. Two, three or four hours spent with each person who was in that minefield. In the pub, or in their front rooms. Surrounded by photos of their wives and children (occasionally by their actual wives and actual children). Hearing them talk. Hearing the way they talked. Learning what was important to them, during and after the incident. Getting to know them. Seeing them.

To character biog, or not?

One of the screenwriting ‘tools’ I have never embraced is the old character biog thing. A few hundred words of back story and motivation for each character. It always felt forced to me.

Well this was the real thing. This was hours and hours of first-person character biogs, and let me tell you it was worth it. From every meeting the director and I came back with our pockets stuffed with gems of dialogue, of incident and insight, and it all went in. Every pass of the script made it better and tighter and richer and deeper, much like Armando Iannucci’s chicken stock theory of screenwriting (see here, from one of my own vlogs from Cheltenham ’09, ah, great days…).

And this will change how I write all my scripts from now on, true and ‘false’. Every character sees the events of the story through their own perspective. It is your job to both fully understand and fully represent that.

But if all you are doing is telling the truth, where does the craft, the art even, occur? In my opinion, in the three choices that you always make as an artist. The first is content. What story are you telling, what are the facts and who are the characters? The second is perspective. Where do you come in and out of this story, what do you choose to show and not show, what choices of selection and editing do you make during this process? And the third is context. What point are you making through these choices, what theme are you using to inform your selection process, how would you like your work to be interpreted?

These principles apply to telling a true story as much as they do to adapting a book or making up a story from scratch. But if you apply it judiciously and effectively to something based on a core truth, if you can point to the screen and say That Is True, and if audiences believe you, then they will love you forever…

Tom Williams was a development executive for Fine Line Features and is now a full-time professional screenwriter (Chalet Girl, BASE, Kajaki).   He is represented by United Agents.  He can’t read your script, Industrial Scripts already do that and do it well. You can follow Tom on Twitter, check out his website and IMDb profile, read old posts on his blog and tell him where to go in the comments box below…