Why Women Screenwriters should Stop Moaning and Just WIN

Because there’s been quite a lot in the press lately about the plight (or otherwise) of women screenwriters, I’ve been thinking a bit lately about whether I think I’m hard done by because of my sex (sex as in female, not sex as in, I’ve been trying to sleep with people for work and am not great at it). I know a lot of male writers and, right now, their trousers seem to be veritably bulging with commissions whilst my pockets still appear to have room for a lipstick, a travel card and a much needed hip flask.

As a supposed comedy writer, I re-read that article that Christopher Hitchens wrote in Vanity Fair in 2007 entitled Why Women Aren’t Funny and, as I did so, I chuckled to myself. Women aren’t funny because they don’t have to be in order to get a mate, apparently. I chortled again. Shouldn’t my knickers be twisting in rage as I read this instead of snorting like an ugly pig-dog who doesn’t care if it’s attractive to men?

But I guffaw because it’s a silly article. Anyone in the world is funny if you, the respondent in the situation, laughs. I’m not a fan of what I call ‘smelly-bum humour’ but if a poo joke makes you feel ten years younger, titter away my friend, and do your best not to try repeating it whilst I’m eating sausages.

I enjoy the Hitchens article though because I know exactly why he wrote it. I’d been there.

When I was at University, I was asked to appear on Woman’s Hour for Radio 4 to be the opposing force in a live debate on mature students specifically, as the name would suggest, women. A few days before the show was going to air, I was telephoned on the student union handset to be quizzed by a researcher who got terribly excited as I ranted ‘comically’ about how irritating it was that that these oldies brought in their own lunches wrapped in sweaty clingfilm simply so that they could snaffle all the books from the library instead of joining us in the refectory, or how they’d turn up in jean shaped cowboy’s snow washed chaps in an attempt to say something new in denim, like their compadres.

Needless to say, the debate raged and, on the way out of the auditorium, I was grabbed by a lady audience member who said something to the effect that people like me should be abducted by the creepy guy from Silence of the Lambs without any lotion to put in the basket and, as I was positively shaken by her, I had to be rescued by presenter Jenni Murray and special guest Jenny Éclair who reassured me on the way to the post-debate free cake that no-one understood that I was there as the antagonist to spark the debate. When I got to the green room I remembered I didn’t like cake anyway and that, after Jenny and Jenny departed, I was going to be hated for the remaining twenty four months of my studies by any female over 22 years of age. But thinking about it now struck me as ironic. Here I was telling funny stories (although my definition of ‘funny’ was probably not that discerning) on a radio programme made specifically for lady-girls and there I was, the very one enraging the very people who tuned in.

This, I decided, was what Hitchens was also doing (look at me pretending to be up there with the greats) He was winding us up to start a debate and it’s one that’s worth having because that article is still talked about today despite the fact that the author died three years ago (killed by Dawn French and Tina Fey with a cyanide laced Curly Wurly).

When I started out as a writer, my agent at the time said to me that I could use the fact that I was one of the few women who wanted to write comedy to my advantage and I was well up for a bit of positive discrimination. If people ‘need a girl in the room to counteract all the male voices’ or ‘want an amusing woman in on this because of the subject matter’, I was more than happy to fill that void and, blow me, if that isn’t exactly what happened in a meeting on Friday. “We’re looking for a funny female voice on this, if possible” said a male Development Exec about a project so exciting that they made me sign an Non-Disclosure Agreement as I left the building, and I resisted the urge to do an impression of Nancy Cartwright and squeak, “As funny as this?” because that was too risky, and potentially crap, a gag at such a crucial moment.

“In all honesty, I don’t think it’s a particularly tilted playing field…”

In all honesty, I don’t think it’s a particularly tilted playing field. I do think there are some very funny and talented women out there who simply aren’t bolshy enough to do some of the things that they could very well accomplish if they had the balls to speak up. That’s kind of their fault. I also think that a lot of male writers must be gutted when they see how much competition there is out there for them because choosing between you and some other equally talented chap will often come down to some tiny thing you did in the room four years ago that you won’t even remember. (This will be because you were writing the pitch submission date into your iPhone and men can’t multitask, you see.)

So whilst this debate continues to rage, I am going to stop worrying about it, pitch my pink, girlie ass off for this job I now want more than I want my teeth, and try and resist my urge to burst into tears if they don’t love every single thing I say or do, or bitch about other people in the industry if they are younger, prettier or more talented than me. Ultimately, these producer folk just want the best man for the job. Who I dearly hope, in this instance, is me. A woman.

Tamzin Rafn is a screenwriter and former Development Executive, represented by Casarotto Ramsay in the UK and WME in LA. She wrote ALBATROSS, worked in the main vein of script development in the UK, and gets unlucky quite often with London’s winged rats doing their business on her head. No she will not read your fu*king script, Industrial Scripts do that and do it well thanking ye kindly. You can follow Tamzin on Twitter, check out her IMDb profile. 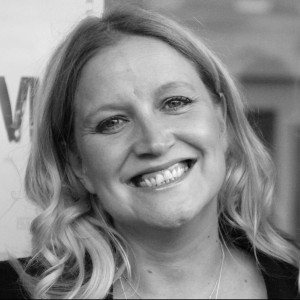 Tamzin Rafn is a screenwriter and former Development Executive, represented by Independent Talent in the UK and WME in LA. She wrote ALBATROSS starring Oscar-nominee Felicity Jones and worked in the main vein of script development in the UK. No she will not read your script, Industrial Scripts do that and do it well thanking ye kindly. You can follow Tamzin on Twitter, check out her IMDb profile, read more of her scribblings on her blog and tell her where to go in the comments box above…

201 Character Archetypes Writers MUST Have In Their Armoury

Founded in 2010 by a Warner Bros and Paramount Pictures script consultant, Industrial Scripts® is today one of the world’s leading script development companies. We deliver powerful support tools to driven writers and filmmakers.

With the hard data to prove it...
View Services
96% positive

How to Harness the Power of Visual Metaphor In Your Screenplays

How to Write a Compelling Science Fiction Movie

49 Fixable Reasons A Screenplay Reader Passed On Your Project

How to Expertly Develop Your Character’s Fatal Flaw

How to Properly Nail Your Character Arc: The Ultimate Guide

How to Write an Awesome Beat Sheet for Your Screenplay

Train at your own speed, from home...
View Courses

1-to-1 Script Editing via Skype

Spend a whole day brainstorming your script with us!
Learn More

Exclusive eBooks on complex areas of screenwriting, free produced screenplays, inspirational materials and more…download ALL our free resources at the link below!

Do your scripts Harness the Power of Myth...while Avoiding Cliché?