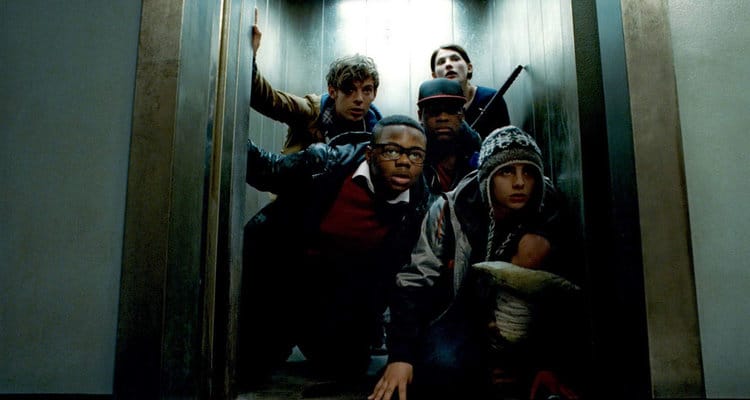 I believe reading things you love is how you got into this realm of work. You told me you grew up in Winnie the Pooh’s forest – Ashdown Forest – surrounded by books, and gained a passion for literature very early on.

My Mum is American and came over just for the love of literature, really – so there was always something built in. We grew up in Eeyore’s gloomy place – my house was right there, so Winnie the Pooh was the first big inspiration.

I ended up studying classics at University, and my love of reading molded into a passion for Film and TV. I started working as a journalist, writing film reviews, features and interviews, but I never really understood the creative process. My sister was working for Miramax at the time, and she sent me a script of SHAUN OF THE DEAD, and I was completely blown away. I remember feeling very excited about what it could turn into – what it could be – and from that moment I never looked back.

I immediately shifted from journalism to working in film, and moved straight into a job reading fem-jep (female jeopardy) thrillers for Power TV. I think we made six a year for Lifetime TV, the kind of show that’s made for housewives. There was a formula, and there was a certain amount of creative licence, but it was quite a sobering experience, seeing how some things are just made to be on TV and fill time.

But, the company grew, and we started making British telly, projects like DAY OF THE TRIFFIDS and a TV film called THE FLOOD for ITV. I got to work with writers and directors, which was a big eye-opener and a big joy.

Tell me about your move to Big Talk and starting to specialise in Comedy?

That felt like the perfect job at the time. I wanted to move to comedy – that was always the thing I loved most – and an opportunity came about just as I was running out of notes to give on fem-jep thrillers.

I don’t think I was particularly good at working in development anyway. I could tell when things were not working, but I never really had a great grasp on solution. So I was looking to leave, and there was an opportunity at Big Talk: I got to work with Kenton Allen on the TV side and Matthew Justice on the Film side. It was the dream job with the dream company. Their calibre of shows and their standards of work are just so high – and they make things they love.

You were there for almost two years, and you mentioned that the turnaround was still quite significant for a company that size. HIM AND HER, FRIDAY NIGHT DINNER, ATTACK THE BLOCK, SCOTT PILGRIM – how many of those projects did you have involvement in?

More the TV projects. I started the same time as Kenton and of course he was sent everything under the sun. We had to read a lot of scripts. HIM AND HER stood out because it was so extraordinary and sparse. Nine out of ten of us who read it just didn’t get it. To begin with it was just Kenton who said that there was something special, and willed us to re-read it. Sure enough, we began to realise that there was something pretty remarkable there. I was assisting Kenton and Matthew, and essentially my job was to do whatever they wanted me to do. And I worked it out by doing it. My Dad called it ‘sitting with Nellie’ – where you learn by doing…

There was a nice phrase we had: ‘it’s better to apologise than ask permission.’ The principle there is that you just do, which is very much a producer’s mind-set, getting things out there and moving things along. It was always a very fast pace – and those projects were pretty much green-lit all at the same time. So, the job suddenly became production, which wasn’t exactly what I wanted to do and I wasn’t very good at it – I think there’s a certain type of person that’s good at it.

If you enjoyed this article, why not check out our Insider interview with Stuart Hazeldine?