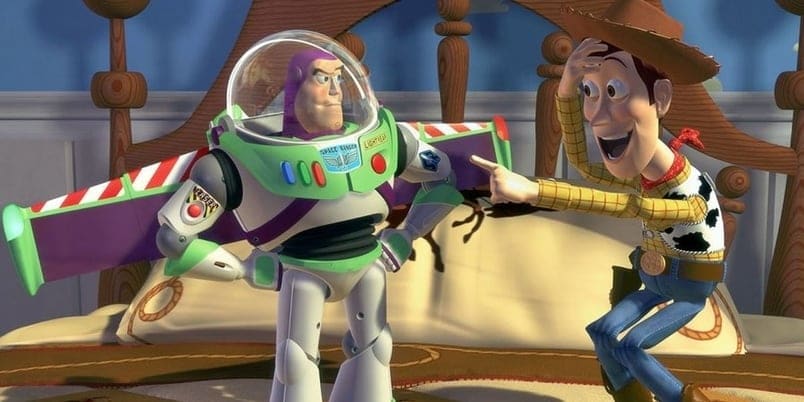 What is Dramatic Irony?

Irony: the expression of one’s meaning by using language that normally signifies the opposite, typically for humorous or emphatic effect.

Typically, the most effective ways of using dramatic irony are either to build suspense or for comedic effect. Dramatic irony engrosses the audience into the story. This is because it causes them to feel a certain responsibility for the characters’ future as they think they know what’s going to happen. Dramatic irony often lends itself well to tragedy for this reason.

It can essentially serve as a shortcut to engagement for an audience. It creates a relationship and stakes between the audience and the characters. But how exactly do you go about writing dramatic irony into a screenplay? Firstly, it’s worth understanding the wider meaning of irony in general…

Understanding the broader meaning and different types of irony is a key way of knowing how to employ it. But how do you actually go about writing it in your screenplay? Let’s look at some key steps…

Key Ways to Use Dramatic Irony in Screenwriting

Dramatic irony lends itself well to crafting suspense and tension. The audience is always one step ahead of the characters. This builds inevitable suspense as the audience has to eagerly wait for a tragedy or conflict they know is coming.

William Shakespeare is a master of writing dramatic irony and is often the most poignant and clear example cited.

In Jaws, meanwhile, the audience is constantly seeing shots of the shark lurking, ready to attack. The characters know there is a shark in the water, but have no idea it’s coming for them. We are constantly waiting for the inevitable to happen. We don’t know when exactly it will happen but are one step ahead of the characters in knowing that it will.

Exploring the point of view of the antagonist is also a great way to create suspense and use dramatic irony effectively. This is because it gives the audience insights that the protagonist doesn’t have yet.

For example, in Beauty and the Beast, the audience sees at the beginning that the Beast is a cursed prince. However, when Belle first meets him, she knows him as only a monster and the antagonist to her story.

However, it doesn’t always have to be as clear cut as that. TV dramas such as Breaking Bad and Dexter blur the lines between the definitions of a protagonist and antagonist.

3. Engrossing the Audience in the Character’s Tragedy

The audience has to care for the characters for a tragedy to be truly tragic. Writing dramatic irony creates this feeling of helplessness for the audience by allowing the unknowing characters to make mistakes they wouldn’t normally make if they saw the bigger picture.

Because the audience knows more, they feel a certain guilt as they are helpless to aid the tragic characters. Tragedy is a mechanism that allows the drama to unfold with a feeling of inevitability. And dramatic irony is a crucial part of this process.

Once again, Shakespeare has the best examples of this. Romeo and Juliet, for example, provides a concrete example of how to make an audience feel engrossed and helpless in a tragedy via writing dramatic irony.

Both characters are doomed by fate. And the tragedy of their small misses is a classic example of writing dramatic irony to heighten the sense of grief within the story and for the audience.

Dramatic irony doesn’t have to be all doom and gloom, however. It can also help to create humour.

In Jon Favreau’s Elf, for example, everyone in both the movie and the audience knows that Buddy isn’t really one of Santa’s elves.

Writing dramatic irony for comedic effect works because we are in essence laughing at the characters due to what we know and they don’t. This often allows for scenes in which we are closely following their every move and wincing or laughing as a result.

For example, in There’s Something About Mary, Mary uses what she thinks is hair gel but is actually semen on her hair. We know this to be the case but she doesn’t. And this allows for a painfully comedic scene, where we watch her interact normally on a date.

This scene exemplifies how it’s also often important to have a cipher for the audience when writing dramatic irony for comedic effect. Ben Stiller’s character also knows it’s not hair gel. And so watching his wincing reactions is both a vessel and amplification for the comedy.

Dramatic irony can also create empathy for naive and unknowing characters. This is because the audience can see their glaring vulnerabilities.

In Toy Story, for instance, Buzz believes he is a real space ranger. Whereas the audience, as well as all the characters but Buzz, know he is a toy.

This is not just about creating empathy though but also creating stakes for the character arc. Buzz’s journey of self-discovery is amplified by the use of dramatic irony. In essence, he catches up to where we are as the audience. And watching him get there is a rewarding experience because of the distance between that first state and the eventual state of understanding and acceptance.

In this sense, writing dramatic irony can be a great way to create investment in a character’s journey by essentially giving them a long way to go. We’re watching them grow and get to our level. But in the process, watching their journey also allows us to learn.

Things to Watch Out for When Writing Dramatic Irony

Adding humour with dramatic irony is a fantastic way to include the audience in the joke. But watch out for unintentional humour when writing dramatic irony into screenwriting. If characters defy reasonable logic and are repeatedly just plain stupid, then the audience will begin to snicker at their bad decision making. They might even see it as lazy or cliched writing.

This often occurs in horror films where characters will investigate scary noises, only to face their demise moments later. The dramatic irony needs to be subtly and cleverly placed within the action to make it not feel obvious. And this is usually achieved by baking it into the overall structure and tone of the story, rather than just utilizing it for one scene. In the horror example, using dramatic irony for a quick and easy scare doesn’t achieve much.

But in Jaws, for example, the film’s whole tone and goal is to give the idea that the shark is circling the crew. The film has that sense of tragic inevitability running throughout its entirety. And therefore, the dramatic irony isn’t just deployed for one scene and one scare.

Furthermore, don’t draw out dramatic irony for too long. Once the audience knows something, they will continuously look for clues in the film that prove the truth is blindingly obvious. If the characters continuously gloss over obvious clues, then it can make them lose their credibility. And consequently, the audience will begin to lose faith and care for the story in general.

Writing dramatic irony effectively is all about tying it believably to the story’s characterisation, structure and tone. Rewarding dramatic irony puts together a character flaw, a twist (or multiple twists) of fate and a guiding tone.

This is why dramatic irony feels best exemplified by many Shakespeare plays.

Writing dramatic irony is one of the most effective ways to engross your audience into a script. It involves them in the overall narrative and in particular scenes too. By understanding the key ways in which dramatic irony is most effective, you’ll be able to intelligently and effortlessly place it into your screenplay without the audience even noticing its existence as a device.

What is Dramatic Irony?

Dramatic irony is a form of irony. It is where the audience knows more than the characters in any given situation. It is most commonly used to build suspense, but can also be utilized to great comedic effect.

What are the Different Primary Forms of Irony?

Dramatic Irony: When the audience understands the significance of words or actions that a character does not.
Situational Irony: When a situation occurs where there’s a difference between what is expected to happen and what actually happens.
Verbal Irony: When a character says something that is different from what they really mean.

What Are the Ways to Use Dramatic Irony in Screenwriting?

One can use dramatic irony to create suspense, comedy or empathy and immersion into a character arc.

What is a Good Example of Dramatic Irony?

A good example of dramatic irony comes at the end of Romeo and Juliet. Romeo takes his own life believing Juliet is dead, only for Juliet to wake and then take her own life. The audience knows Juliet is not dead in the first place but has to watch the tragedy play out regardless.

This article was written by Shey Wade and edited by IS Staff.