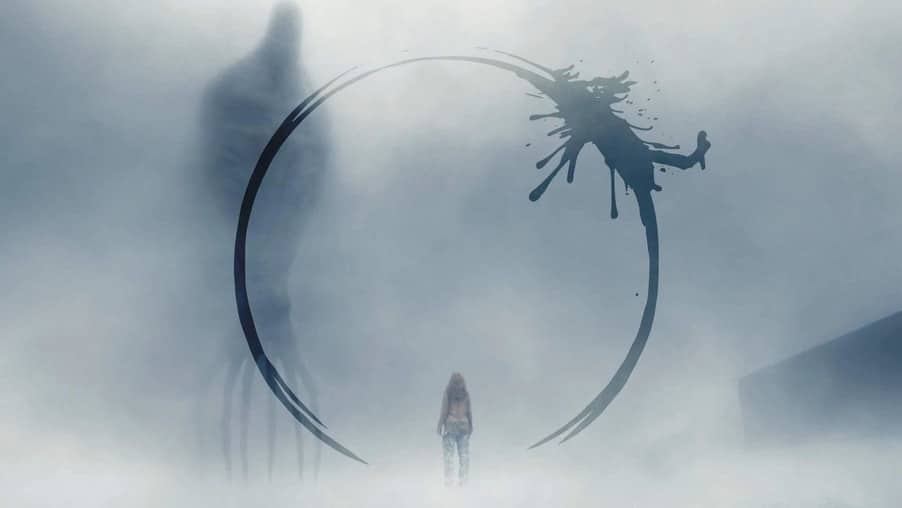 Short stories can seem like unlikely source material for some of the best and most compelling feature films. They may be limited in their length but often it’s the confines of a short story that make it perfect for adaptation. When you adapt a short story into a feature film, you’re forced to focus on the core tenets of that story.

So what are the best ways to go about adapting a short story? We break down the key elements to focus on, as well as some of the best short story adaptations.

How Do You Adapt a Short Story? 6 Key Steps

Whilst a short story is by definition, short, the structure is still vitally important to making it work. And the key part of identifying how you might adapt a short story into a longer form is to find the essential structure of the piece.

These are the key questions to get you started on understanding the structure of the story you’re tackling. Doing so will help you figure out how to best translate it onto the screen. All stories will follow the basics of story structure. And whilst this structure may seem slight within a short story, it’s still there.

From there, you need to focus on the key emotional beats of that structure. You may be able to expand on these emotional beats and pad out the story. However, knowing and understanding the essential structure is what will allow you to roam freely. This way, your additions and experiments will be finely tethered to the story’s DNA.

2. Focus on the Key Conflict

What is the burning conflict that drives the plot? However long or short the story, conflict is always crucial.

So hone in on what conflict defines the protagonist‘s struggle. Then, if needs be, build from there. What does the story need to solve for them? How is this expressed in the short story?

The protagonist‘s struggle should manifest both via external conflict and internal conflict. And this is what may need balancing out in your adaptation.

Re-balancing conflict is one way to flesh out the story to feature-length. It ensures that the literary is becoming cinematic.

3. Read Between the Lines/Expand on the Story

As with all adaptations, you have licence to make changes where you see fit. And this will probably be more important when you adapt a short story than a regular book to screen adaptation.

What’s important in making additions to the story is staying true to its essence. The way to do this is to read between the lines of the story. A short story will often be broad strokes; a character briefly described, a context hinted at, broad narrative beats. Your job in fleshing out the story is to look closely at what this briefness hints at.

So embed yourself in the short story and get to know its crevices. Feel around the edges of what the writer is trying to express. Let your imagination wander, putting the protagonist in a different scenario, for instance. Or imagine what’s happening just out of sight.

One of the key parts of expanding a short story is building on foundations. A line of description may become a whole scene, for example. Familiarizing yourself with the story is the best way to do this; make it a world that becomes almost second nature.

4. Find the Central Theme/Search for Relevancy

What is the short story’s fundamental message and theme? Just as with structure and narrative, the story may be short but if it’s worth its salt, it will still have something distinctive it wants to say thematically.

So ensure that you understand this theme clearly and are filtering it through the heart of your adaptation process. This theme needs to be central to every aspect of the story. Even if subtle, it needs to be present in the characterisation, structure and plot.

Moreover, a key way to ensure that the short story adaptation has cinematic potency is to find the relevance to contemporary times.

Finding this relevancy may include adapting the story to a different context. You might take its fundamental elements and place them in a different time period or location, for instance. Apocalypse Now provides the perfect example in this regard.

5. Break Down the Characters

When seeking to adapt a short story, a great way to assess the characters who make up the entire story is to lay them out in front of you.

With all the different characters in front of you, you can assess with clarity the different ways in which they may be able to manifest in your feature adaptation.

The protagonist is the core of your short story adaptation. It’s their journey that you’ll need to identify distinctly in order to make a satisfying feature. However, the supporting characters are also vitally important. And so fundamentally, who are they and how do they manifest in the story and ultimately affect it?

How will this story look on-screen? Visualizing the action is crucial when you adapt a short story. And this is often one of the biggest parts of translating something from a literary work into a cinematic one.

There might be, for example, a narrator within the book. So how do you make this technique more cinematic? What might, for instance, accompany the narration visually? Will it directly match the narration or contradict it? Or do you need narration at all? Could it instead manifest as visual internal conflict?

Honing in on where the visual potential is within the short story is key in the adaptation process.

Similarly to mapping out the characters in front of you, map out the film’s key potential visuals. What is the imagery that will define this story?

These are great exercises to make the story’s visuals tangible. They’ll get you thinking about what those key images are within the short story and how you can extract them.

These are some of the most well-known and best short story adaptations. They are examples of successful adaptations, but they also demonstrate the different ways to adapt a short story effectively.

Adapted from Heart of Darkness, a novella by Joseph Conrad.

The main character is given an assignment. He sets off on a journey down a jungle river to track down a man who has embedded himself in the local context, with detrimental results. This is the summary of both the short story and the feature.

Coppola’s adaptation demonstrates how a narrative arc can be transplanted with brilliant results. The two versions complement each other smartly too. The knowledge of the short story and its themes adds a layer to the interpretation of the film. Coppola recognizes the power of the short story’s plot to critique 19th Century imperialism. And consequently, he uses it to say something powerful and urgent about contemporary issues.

Adapted from the 1956 short story, The Minority Report by Philip K. Dick.

Steven Spielberg’s Minority Report is an example of an adaptation that significantly builds on the short story’s foundations. The film changes, amongst other things, the short story’s location, the protagonist‘s age and backstory, significant plot developments and even the ending.

Spielberg himself noted that they had to build on the story significantly.

“The Philip K. Dick story only gives you a springboard that really doesn’t have a second or third act”

What remains the same, however, is the film’s striking premise.

The Minority Report adaptation illustrates how a compelling and unique premise can be translated into feature form by canny choices. The protagonist, for example, isn’t the overweight man in his 50s that he is in the book. Instead, he’s Tom Cruise playing a man in his 30s with a troubled past.

The feature version of Minority Report is more Hollywood friendly. This is possibly to the disappointment of fans of the source material. However, it’s to the benefit of the story as a mainstream cinematic feature.

The Curious Case of Benjamin Button

Adapted from The Curious Case of Benjamin Button by F. Scott Fitzgerald.

The Curious Case of Benjamin Button is an adaptation that demonstrates some of the key elements of how to adapt a short story. Primarily, it illustrates how to expand a story that feels intrinsically slight. The short story is based on a unique premise that is almost more of a curiosity than it is a fully-fledged story.

The adaptation shows how to feel around the edges of the story. It expands on elements that are hinted at but not fully explored within the short story. This primarily manifests through Benjamin’s love life, which is significantly changed and expanded on in the film adaptation.

The film takes a classic narrative arc, the life-long love affair, and adds it to the short story. This is a way of giving the story a more cinematic structure. Furthermore, it adds in another key character, who, crucially, a famous actress (Cate Blanchett) can play.

Adapted from Story of Your Life by Ted Chiang.

Arrival illustrates how when you adapt a short story, you must typically externalize the internal.

Moreover, the movie leans into some of the drama inherent in the film’s premise. Scenes in which the protagonist encounters the aliens are heightened and made more cinematic and impactful.

Arrival perfectly shows how to be conscious of the cinematic form when adapting a short story. A fantastic premise is the reason for adaptation. And the screenwriter heightens the potential of this premise with an acute awareness of what will make it a great movie.

This is the key to adaptation; figuring out the story’s power and then working out how a feature can capitalize on this power using the unique elements of what cinema has to offer.