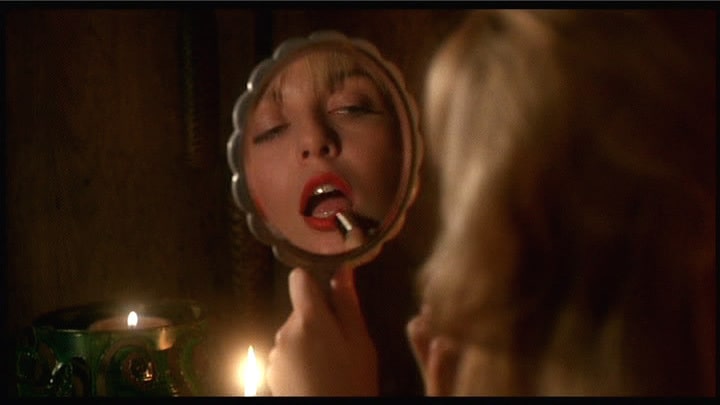 The film: On Easter Sunday 1990, television was changed forever with the first-ever screening of the pilot episode of TWIN PEAKS, Mark Frost and David Lynch’s landmark series famed not just for its cherry pie and black coffee but its terrifying journey into the underbelly of small-town American life. Two years later, after the TV show had somewhat lost its way and ended up being cancelled by the network, Lynch brought it back to life with a controversial prequel that, after the huge success of WILD AT HEART, almost killed his career stone dead. History has been kinder to TWIN PEAKS- FIRE WALK WITH ME, which for all its strangeness and plot non-sequiturs, remains a deeply disturbing and highly memorable exploration of the show’s central characters, not to mention a coruscating look at abuse.

The plot: TWIN PEAKS- FIRE WALK WITH ME opens with a first act that seemingly flouts all the supposed “rules” of screenwriting, failing to introduce the protagonist or set up the world of TWIN PEAKS itself, and instead detailing the investigations into a set of murders led by FBI agents Chris Isaak and Kiefer Sutherland, who are then absent from the rest of the picture. What this goes to illustrate is just how flexible screenwriting theory can be in the hands of a master like Lynch, who was schooled in story structure by the late Frank Daniel at the AFI but who increasingly pushed the boundaries of narrative storytelling from (relatively speaking) conservative films such as ERASERHEAD and THE ELEPHANT MAN to ground-breaking non-linear works LOST HIGHWAY and MULHOLLAND DRIVE. The second and third acts deal with the life of Laura Palmer in the week leading up to her death, filling in some of the blanks from the TWIN PEAKS TV show but mostly – as Lynch does to superb effect throughout his career – using mystery and the power of the subconscious to speak to his audience on a profoundly subliminal level. 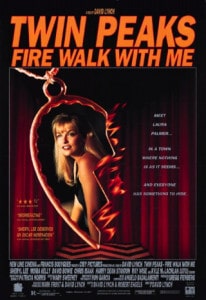 The scene: As well as being a tribute to TWIN PEAKS, this month’s scene also honours another great artist currently back in the news with the release of his new album: David Bowie. His cameo in TWIN PEAKS- FIRE WALK WITH ME is borderline incomprehensible, playing Phillip Jeffries, a missing FBI agent who appears to hero Dale Cooper (Kyle Maclachlan) in a dream in which he “explains” where he has been during his two year-long disappearance. As with many of Lynch’s most memorable moments, the scene is deeply disturbing not because of how it is shot or even exactly what happens but the surreal juxtaposition of incongruous images: a man watching himself live on CCTV, someone in a red suit wearing a strange white mask, a young boy pointing at nothing… The literal meaning of these images may be unclear – a puzzle to be deciphered – but the effect is undeniable: to unsettle, unnerve and ultimately to challenge our perceptions to their very core.

Why it’s unheralded: There are numerous memorable scenes from TWIN PEAKS the TV show – Audrey tying a knot in a cherry stalk, Pete finding a fish in the percolator, and of course the discovery of Laura Palmer wrapped in plastic at the very beginning of the show – but because the film remains rather overlooked, its own most effective scenes are frequently forgotten. This scene, close to the end of the first act, illustrates how great tension can be created even in the absence of clear meaning. Not only is it full of memorable images, from Bowie in his oversized linen suit to the “Man From Another Place”, played by Michael Anderson, talking backwards in the red room, but it establishes the sense of impending doom and mystery that then pervades the rest of the movie.

Why it’s great: What this scene does so well is show how a true master manipulates not just narrative but the other attributes of cinema in concert in order to create his or her story. Music, sound effects, camera angles, and costume all combine with the story elements of what’s actually happening in the TWIN PEAKS scene to astonishing effect. Even if we don’t fully understand it, the scene stays lodged in your head due to the power of the imagery and the nightmarish quality of even so simple an idea of Cooper seeing himself on-screen, with Bowie approaching from behind, when he knows he isn’t in the room. By taking us into these imaginary worlds and cross-cutting the frightening red room with a place that seems both safe and mundane (a detective’s office), Lynch and co-writer Robert Engels use the power of nightmares to keep us gripped at the deepest and most subconscious level.