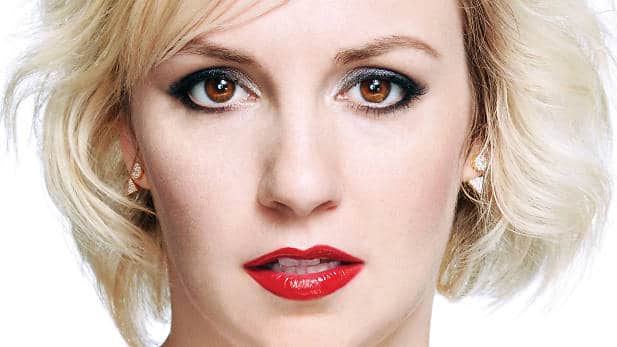 Beneath the murky waters of the western film industry, the odyssey towards equality is ongoing, and according to ‘Celluloid Ceiling’ – an industry consensus conducted by the Centre for Women in Film and Television – the beast of gender-bias has, once again, reared its ugly head.

The report revealed a two per cent drop in numbers of female screenwriters within 2014, while in the same year, women accounted for a mere 11 per cent of screenwriting credits on the top 250 grossing films. In addition to this, 13 of the 15 screenwriters nominated at the 2014 Emmy’s were men – and 2015’s awards season was not much better, with not one female writer nominated for an Oscar.

Worryingly, it comes as no surprise that women are still not receiving enough attention. However, taking this in their stride, an abundance of undeterred female writers continue to produce fantastic work, and there have been certain achievements over the last 12 months that hedge towards progressive change.

Top Female Screenwriters at the US Box Office

Developments can be charted on this list collated by Box Office Mojo, which sees ten female screenwriters ranked in the top 100 earners of the year. This is a vast improvement from 2013, and the women featured not only boast impressive career grosses, but showcase an interesting and varied body of essential works:

This Oscar-winning pair have been collaborating with director Peter Jackson for the majority of his career, penning scripts for both the LORD OF THE RINGS and HOBBIT franchises, THE LOVELY BONES, KING KONG, and credited on ’90s crime drama, HEAVENLY CREATURES.

Scribe of the infamous TWILIGHT series, Melissa Rosenberg debuted the big screen with dance movie, STEP UP. Following the success of both franchises, she has founded her own league of Hollywood women’s writers, created MARVEL series JESSICA JONES for Netflix, and is slated to co-write the upcoming remake of HIGHLANDER.

Fans of 1980’s children’s television might recognize Linda as a scribe on TEEN WOLF, MY LITTLE PONY and DENNIS – groundwork she parlayed into stratospheric success at Disney with BEAUTY AND THE BEAST and THE LION KING and MALEFICENT, for which she is also working on a sequel.

In partnership with husband, Rick Jaffa, Amanda Silver has stormed the box office with scripts for RISE OF THE PLANET OF THE APES and JURASSIC WORLD, the number one blockbuster of this 2015. Elle Magazine named her one of the “Most Influential Women In Hollywood,” and she is currently working on a PLANET OF THE APES sequel, as well as the latest addition to James Cameron’s AVATAR franchise.

Queen of the Rom-Com, Nancy Meyers, is best known for her work on WHAT WOMEN WANT, SOMETHING’S GOTTA GIVE and THE HOLIDAY. Now a writer-director, her latest projects include 2015’s THE INTERN.

Alongside brother, Andy, Lana Wachowski has exhibited fantastic noir work over the years, with scripts for ASSASSINS, BOUND and cult classic, THE MATRIX.

Following such commercial success, the pair have adapted V FOR VENDETTA and CLOUD ATLAS for the screen, while original script for space opera JUPITER ASCENDING stormed the box office this year. 2015 also marks the release of their sci-fi Netflix series, SENSE8.

With a posthumous celebration, much loved screenwriter, Nora Ephron, got her big break with a drafted script for ALL THE PRESIDENT’S MEN. While her version was never realised, many contest that the move kick-started her
career, and since then, with great success she scribed classic rom-com’s SLEEPLESS IN SEATTLE and WHEN HARRY MET SALLY. Her last filmic escapade was 2003’s biopic JULIE AND JULIA, starring Meryl Streep as celebrated chef, Julia Child.

Resident writer for Disney, Irene Mecchi is the mastermind behind classics HERCULES, HUNCHBACK OF NOTRE DAME and BRAVE. In 2015, she collaborated with LUCASFILM to co-write animated musical, STRANGE MAGIC.

Another Disney Scribe, Jennifer Lee is the writer and director behind FROZEN – Disney’s highest grossing box office animation – which won an Academy Award in 2013. Alongside Chris Buck, she is currently working on the sequel, as well as Disney’s adaptation of A WRINKLE IN TIME, while past ventures include scripts for WRECK IT RALPH.

On the basis of the Oscar win drought, running from 1956 through to 1977, it may well be forgotten that it was female screenwriters who shaped much of the film output in the 1920’s and 30’s. Mary Pickford collaborator, Frances Marion, jump-started the trend in 1931 by becoming the first person to win two academy awards. In the 1980’s, Ruth Prawer Jhabvala followed suit, winning multiple awards for her sublime scriptwork for Merchant Ivory Productions. You can read more about the Jazz Age explosion of Hollywood’s female screenwriters here    and over on Buzzfeed.

As an aside, across the pond in the USA, 2015 has been a good year for women working in the television industries. The Hollywood Reporter’s ‘50 Power Showrunners of 2015’ includes some elite female talent, encompassing producers, directors and writers, and welcomes eight new additions since the release of 2014’s stats, including Jennie Synder Urman with JANE THE VIRGIN, and Ilene Chaiken with EMPIRE.

2016 also looks set to promise strong achievements and celebration for female writers and producers, with the conception of a vast array of female-led projects, including:

Overall, 2015 has marked the start of some progress, but undeniably, we need maintain diversity and keep the initiative surging forward or face a contrived, one-sided industry. Take a look at Tamzin Rafn’s article to gain insight into her personal experience of being a female screenwriter, and read up on our investigation into the lack of female talent here.