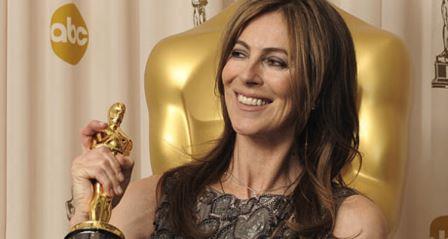 Where is the celebrated female talent?

Where is the celebrated female talent in screenwriting & directing?

Recent figures cast a gloomy picture; employment of women in film and TV has fallen to 15 year lows; only two female directed films cracked 2013’s Top 100 Box Office, with Kimberley Peirce’s CARRIE, the top solo female directed film, coming in at #77, whilst only ten films with female screenwriters made the top 100.

After last week’s article which celebrated “The Top Female Screenwriters”, Industrial Scripts speculates on the possible reasons behind the low numbers of the female talent screenwriters and directors, including some findings from the Institute of Employment Studies (IES) 2006 report “Scoping Study into the Lack of Women Screenwriters in the UK”, prepared for The Film Council.

With Kathryn Bigelow the sole female Oscar, BAFTA and DGA recipient of Best Director for THE HURT LOCKER, will we see major change anytime soon? 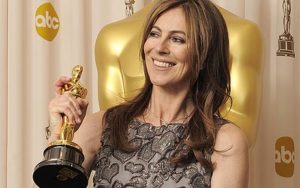 NB: None of the factors cited below mitigate or influence against a really great script.

Agents are the key to writers getting commissions and literary agents – in Hollywood particularly, but also in London.

They slightly care about where you live and what location you’re in. But in terms of pure writing there is no “glass ceiling”, in this respect, all writers are the same to them: word-generators to make money out of and build a career from.

If the agent believes the writing is of a quality that they can sell, thereby generating income for the agency and themselves, who/where the writing comes from is a complete irrelevance to them because they are in a career dogfight with all the other literary agents.

They simply do not care because their entire professional existence, the only reason they’re there at all, hinges on the sale of the written word.

However, do remember they are also selling a writer into a development process, and will favour those who can work a room and breed confidence in producers and financiers – confidence and collaboration are key factors.

Whilst debate will turn to industry factors affecting female prospects, the IES report cites a lower uptake on screenwriting courses as a pre-indicator of later discrepancies, with a 40/60 gender divide, a statistic backed up by anecdotal surveys of screenwriting conferences and Industrial Scripts’ own courses.

But with women traditionally outnumbering men on pure literature courses, why the discrepancy when it comes to screenwriting?

With long hours, much unpaid work, and working against the odds of being produced, screenwriting is a risky career choice.

With many studies showing women to be more risk averse in financial decision making – meaning proportionally more men roll the dice on an uncertain career – perhaps a contributory factor in initial participant rates.

Whether it be the strip-club locale of THE SOPRANOS, the plethora of beautiful wives and bar-hotties in THE LEAGUE, or the generally second-tier nature of most female characters, it’s likely that women find fewer reference points for their own viewpoint in TV & cinema and so are less likely to be attracted to what is often a portrayal of ‘a man’s world’.

SEX AND THE CITY was seen as a ground-breaking breath of fresh air shows just how recently the industry has experienced change.

THE HUNGER GAMES: CATCHING FIRE was the first film since 1968’s FUNNY GIRL to top the US annual box office with a female protagonist. Are potential female writers more drawn to writing novels, a medium which seems to much better reflect women’s experiences?

5) Is women’s writing seen as uncommercial?

The IES study speculates on whether commissioners and producers hold a view of female writers’ subject material being less commercial – more character-driven, less defined by genre, more difficult to position and market.

Is this a myth? Or is it even a myth that producers’ hold this view? Female talent writers account for around 1 in 8 spec screenplay sales – the marketplace dominated by men.

Once female writers break into the TV industry, they’ll often find themselves in the hothouses of writers’ rooms – traditionally male-dominated.

Any imbalanced work environment can be off-putting for new recruits, regardless of industry. A recent X-FILES re-union (spot BREAKING BAD’s Vince Gilligan third from right) is indicative of industry norms over the last few decades.

7) Pigeonholed as ‘the female voice’

Whilst many female talent writers will want to push feminist topics, it can be disheartening for writers if they are constantly viewed as champions of their gender – or indeed for any writer or actor who becomes typecast in certain roles or genres.

Is it a case of ‘the wrong opportunities’, or limitations being put on success? 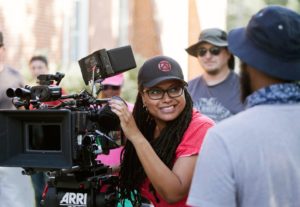 Even in the best of times, the maxim ‘the same, but different’ can be applied to producers and financiers’ approach to spec scripts – something familiar to audiences for easy identification, but with a fresh enough twist to entice audiences.

Recent box office trends have seen fewer films produced, a concentration in the familiar. Has the same happened in writing hires, producers turning to what they know best – male writers?

Beyond writing quality, the ability to aggressively self-promote and network is key to a writer’s success, and the IES report raises this as being a potential factor affecting female success within the highly competitive industry.

With a global history of men building temples and erecting statues in their own honour, it’s no wonder they can turn on the bullsh*t at a moment’s notice. LA agents cite this as an issue for the softer spoken, self-deprecating Brits they try to position for jobs.

Like in the nature documentaries, the noisiest fledgling gets the worm. Are there still social judgments on outspoken women?

The male/female split is less pronounced in facilitation roles, with around 25% of producers being female and 17% of editors, compared to around 10% for screenwriters.

Is it true that women take on roles as nurturers of talent – such as producers and development executives – stepping back from frontline acclaim? Producer Megan Ellison, who has guided ZERO DARK THIRTY, HER and AMERICAN HUSTLE to the big screen, is the hot producer du jour.

Any analysis of social gender divides will provoke a wide spectrum of response and analysis – from the discussion of glass ceilings, to discrimination, neuroscience and sociology.

Are there any factors we’ve missed? Does the critical process of editing discourage female writers? Why are there more female novelists than screenwriters? Let us know your thoughts.

2 thoughts on “Where is the Female Talent?”