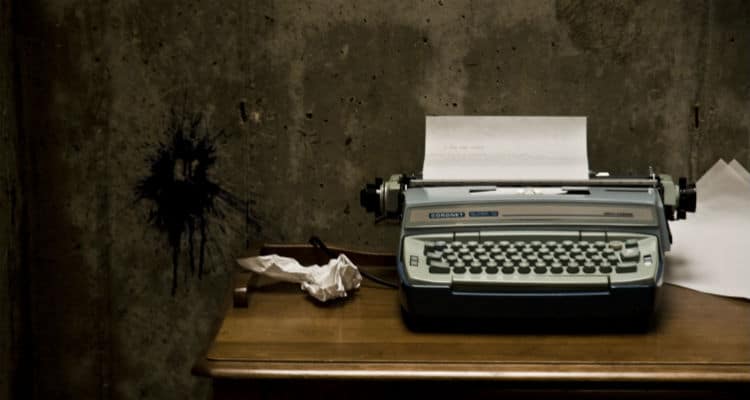 The times they are a’ changing, as Bob Dylan once said. Who’d have thought a few years ago that full blown movie stars would be appearing on TV?

And within the most important part (screenwriting) of the whole process, script coverage now occupies a completely different position of importance to a few years ago…

And you only get one shot at a first.

Jumping the gun and spreading work that isn’t seasoned yet to industry figures can put the wrong kind of mark next to an emerging writer’s name.

A mark, it’s worth stressing, of the “permanent” variety.

And there are more scripts than ever making the rounds in the first place.

All of which means that spec script needs to stand out more than it ever has. Ergo the value of professional, non-bargain bin (ie. $60, written by an intern) script coverage currently stands higher than ever before.

The process of getting a script covered and analysed from top-to-toe by a totally impartial professional script reader used to be viewed as a luxury.

All those agents and executives’ hard drives run deep, and their memories long.

Even if you can persuade them to read you, you’ve then got a 10-page window to impress.

Fail to do so, and you can forget about the follow-up phone calls and emails – your name will be calmly filed (mentally or literally) by the agent or manager under “Do Not Respond”.

“Agents are so busy, you’ll never really understand just how busy someone can be until you work in a talent agency.

With these high-stakes in mind here are 14 quotes from industry figures revealing the importance of prep, first impressions, and why writers need script coverage now, more than ever.

*DISCLAIMER: in business since 2010, Industrial Scripts’ raison d’être is superior script coverage of a level writers and filmmakers can’t access anywhere else. So the naysayers reading will auto-dilute the message of this article because, they’ll say, we have a vested interest in writing it.

Don’t make the same mistake: even if you don’t use our script coverage services, you submit a half-baked script that hasn’t been read by someone 100% impartial (who doesn’t know you from Adam) to anyone in the industry, at your peril. The Jake Wagner quote below tells you all you need to know, really. It’s that competitive.

Hitting and hoping, in this business, is not a viable strategy.

“Based on my experience with writers looking to break into the industry, I see too many of them exposing material that frankly isn’t ready to be read by industry professionals…

I suggest, to counter this premature exposure of material, writers read the industry’s top-ranked specs of the last 5 years, as well as the screenplays for movies they admire, so they can assess the level of writing quality needed to stand out.

Then they’ll have a clearer sense of what the bar is, on the page itself.

And once a writer has dedicated serious time and effort to reading scripts, writing scripts, sought out whatever education serves their process, and broken well past the point of those cursory insular drafts, they should seek out honest, actionable feedback on their material before they start exposing it to representatives.”

“[Screenwriting agents want] a polished script. Screenplay agents are closers. CLOSERS. They are not script whisperers who will take the time to patiently nurture your script to its full potential over a period of months.”

“Never submit a script unless you’re sure the manager or agent specifically is interested in everything about your script. Otherwise it’s a waste of everyone’s time. Agents are so busy, you’ll never really understand just how busy someone can be until you work in an agency. It’s unbelievable”.

“Everybody thinks that they’ve got something unique. I sat down with my stack of scripts one Saturday… and I read one script – it was a war story.

I finished it and put it down and picked up the second script, by a different writer, and it was… essentially the same story, the same war story.

And I put that down and picked up the third script. It was the same story…

We don’t claim to be writers, but agents have read way more scripts than any writer has read.”

“There’s less development money out there and studios are looking to tighten their belts… A good script isn’t good enough. It has to be great.

Things with a good concept and average execution aren’t selling in meaningful ways.”

“Scripts are what matter.

“You know, when I was a young agent I did this exercise. I was like, you know what, I’m going to read every script completely because if I read them all completely I’ll have a great sense of what good writers do.

But what I did was after 30 pages I would always take my notes, whether or not I liked it, who I liked it for, etc., and then I would finish. And then at the end I would look at my notes and say, “Did anything change in reading the subsequent 70 pages from reading the first 30 pages?”

And it never changed. You are rarely moved to tears, you are rarely excited by something in the last five pages of a script that you can’t sense in the first 30.”

“Screenwriting is so difficult you do whatever you have to do gain an edge or improve. Courses, reading scripts, script coverage…in a way you have to do literally anything and everything that will deliver those marginal gains you need”.

“One of the reasons why you get script coverage on your own before submitting [is this]: the decision-maker to whom you submit your material is going to have their own internal readers do script coverage – and you want to have a good idea of how your script will stack up before you submit in the first place.

“There are [now] more writers… There are more people writing scripts… but it’s still the .1% that people are actually really interested in… Anything that helps filter people to me – I’m going to pay more attention to it.”

“A good three quarters of the submissions that come in can be pretty easily dismissed as people who haven’t done their homework.”

“Without meaning to sound arrogant… we don’t have a lot of time to consider [new] writers or directors – we work for our clients full time and it isn’t our ‘job’ to read and respond to new talent. We WANT to do that, absolutely. There’s nothing more exciting than stumbling across work that really fires you.”

“Not getting notes [is] huge, huge, huge in the failure of things. If you are tunnel visioned and ‘This is how it has to be, and anything short of this, as I saw it on the page, arriving on the screen… will be my failure’ then you will fail. While writing is solitary, this is a highly collaborative industry. The road to failure is not writing, not writing new material, not getting notes.”