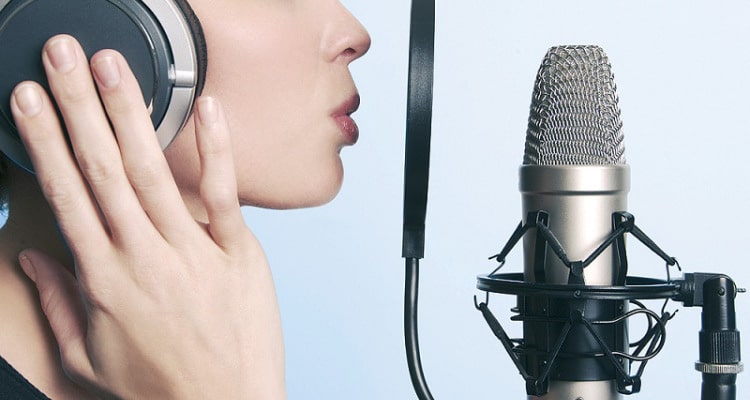 At the beginning of a screenwriter’s career, it is likely they will be hit by a deluge of information pertaining to offer the rules of how to write a script.  Not just that – a script that sells. It is this caveat and the hope for a not-too-distant windfall that forces this optimistic writer between a rock (I must tell this story) and a hard place (I have to tell it this way in order to get it sold).

“what’s most important is that you, the writer, know why these rules have been put in place and how your story could be the exception to the rule”

Now, the truth is, there are some rules that should be listened to and some that you should probably avoid (we’ve even gone into the trouble of identifying some of these here), but what’s most important is that you, the writer, know why these rules have been put in place and how your story could be the exception to the rule.

THOU SHALT NOT USE VOICE-OVER

So why should you not use voice-over in your script? Well, firstly, voice-over is by far the easiest and straight-forward way to let the audience know exactly what your main character is thinking, what is going on in the story and who everyone in the story is.

You could also dip in and out of voice-over if you want, using it to set-up scenes that would take time and effort if the story relied purely on action or dialogue. Even better, why not use voice-over to tell us what’s going on at the beginning of the story and then only come back to it at the end…could serve as a decent book-end, right?

Problem is, these abusive methods are the reasons why voice-overs have a bad reputation and could be thought of as the catalyst behind the rule: “thou shalt not use voice-over.”

EXCEPTIONS TO THE RULE

The problem with rules, though, is that there is a feeling that these are one-size-fits-all and that voice-over should never be used ever. It shouldn’t have been used by Alan Ball in AMERICAN BEAUTY, probably should have been avoided by Amy Heckerling in CLUELESS and certainly shouldn’t have been anywhere near Jim Uhls’ adaptation of FIGHT CLUB… Except there are always exceptions to rules and this rule is no different

When thinking about voice-over, it is best to think about why it is being utilized. In the case of AMERICAN BEAUTY, Lester Burnham is able to showcase his boredom to the audience without the need for censorship – how else would he admit to masturbating in the shower? Or, in CLUELESS, Cher uses her voice-over to let us know what she thinks about her teachers or how cute her classmate is. In AMERICAN PSYCHO, Patrick Bateman is allowed to reveal his true psychotic nature to the audience in a stealthy fashion. In these cases, voice-over is a window into the perspective of the protagonist.

The best recent example of this can be found in MR ROBOT. The protagonist, genius computer hacker Elliot, is a shy recluse who, without the use of voice-over, would find it hard to connect with an audience. As his external voice is so minimal, his internal voice is what helps him communicate his anger, delusions and perspective in a manner that is easily accessible and helps to form an instant bond with the viewer.

What it also manages to do, however, is lock the point-of-view of the story so tightly around that of the protagonist that the writer is able to include swerves or reversals that, for all intents and purposes, reveal that the protagonist is in fact an unreliable narrator.

In FIGHT CLUB and MR ROBOT this is used to hide a true identity, in AMERICAN PSYCHO it is done to allow for ambiguity and general narrative murkiness…

But in every one of these cases, voice-over was a necessary device for the telling of the story. So, next time you go to the rules to figure out if something should be utilised, ask the following questions:

Will this voice-over benefit my story? Can my protagonist communicate in any other way? Does this work better if the protagonist and the narrative are inseparable?