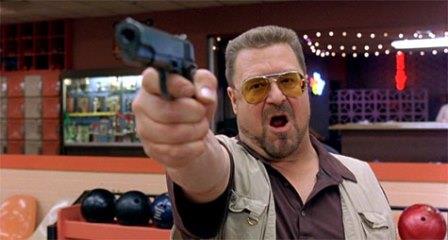 Even the notion of screenwriting rules gets some people into a serious tizz, and it’s this controversial topic I want to explore this week.

I’ve spent the last three weeks watching my new film Kajaki (out on Friday in the UK at all Vue Cinemas) over and over again, either with the creative team or in front of preview audiences.  It’s an unusual movie in many ways and so I’ve compiled a list of the screenwriting rules we break – and get away with – and those we don’t – and are glad for it.  This is all, of course, IMHO.

Five Screenwriting Rules You Can Break

You need a hero’s journey.  No you don’t.  You need conflict, and as much of it as possible.  I am the world’s biggest fan of Joseph Campbell, Christopher Vogler and the three act structure, and this classical thinking provides the bedrock for most of my scripts.  But not every movie has to follow the ‘hero leaving their normal world, overcomes obstacles, returns with the elixir’ model.  That model is there to be understood, mastered and then messed around with.  The real danger with this model is its predictability, its inevitability.  Change it up and an audience will go with you.

You need a theme.  No you don’t.  The theme is often tied in with the hero’s journey – what the hero ‘learns’ is the message the writer is trying to dramatise for their audience.  But just as you don’t always need to send your hero on a Luke Skywalker journey, so you don’t need them to use the Force or understand some massive life secret in the process either.  This is an on-running discussion I have with a producer – should a writer always ‘have something to say’?  I hate it in real life when people try to tell me what I should be thinking, and the same applies for movies.  I like to be presented with a story, and be afforded the respect to draw my own conclusions.

You need to signpost everything for the audience.  Please don’t.  This is an extension of the point about respect.  There is a difference between an audience having confidence that a writer or film-maker will take them on a worthwhile journey, and being led there by the nose like you’re cattle.  Kajaki has fifteen main characters, a barrage of military jargon even I barely understand (and I wrote it), an initially slow-burning storyline, some of the most shocking physical injuries ever filmed and no emotion-manipulating score.  The audience is forced to navigate their own way through the film and, from what we have heard so far, are having a much stronger experience as a result.

Everything needs to make sense.  No, it doesn’t.  As I’ve written elsewhere on this site, real life doesn’t make sense, so why should drama?  Real life isn’t neatly ordered, or easily comprehensible.  Real life is totally subjective, too.  What makes sense to one person may not to another.  So your writing shouldn’t aim for a lowest common-denominator level of easy generality.  It should be specific, dirty, different, odd.  It should be a bullseye for one person and wide of the mark for another.  It should be real.  This level of realism and difference is what people mean by an artistic ‘voice’.

You need a happy ending. No, you don’t.  You need the right ending.  The ending that will satisfy an audience.  The ending a story deserves and which it demands.  Many of the best movie endings (from ‘what’s in the box’ to this, this or this) are narratively ‘unhappy’, but are rewarding nevertheless.

An audience must care.  We spend the first twenty minutes of Kajaki introducing the audience to the various characters who are going to get caught up in subsequent events.  This is, in itself, in danger of breaking the rule that first acts should provide inciting action as well as set-up, whereas here we deal almost exclusively in set-up.  But that is both deliberate – the calm before the storm – and also is essential because once the action kicks in there is no time to build that level of empathy that drama fundamentally requires.  If you haven’t made them care, then you haven’t written a movie.

Your characters must want something.  I’ve tried writing movies where the hero’s ‘want’ is ‘to find out what they want’ and that is really, really hard.  You need them to have a goal, you need obstacles in their way, and you need a sense of how they are going to surmount them.  Without that, there is no conflict, no drama, no reason to be.  In Kajaki the goal is survival.  The obstacles are legion – a minefield, no comms, no helicopters, no medkit.  They attempt to surmount them through heroism, ingenuity and, most effectively, through humour and love.

Rising action.  You can break every rule in screenwriting, but the maxim ‘screenwriting is structure’ is perhaps the most inviolable (least violable?).  You need cause and effect.  You need one thing to lead to another.  You need to exit a scene in a different state to how you entered it.  You need the story to have direction and shape, because that is the craft, that is the difficult stuff, that is what you are paid to do.  Every scene MUST advance either the story or the character, or it goes.

See it from an audience’s point of view.  Don’t signpost for an audience, but don’t give them two fingers, either.  Your job is to present a piece of drama for an audience to appreciate, on whatever level they choose to do so.  You job is not to confuse them, or show off, or be deliberately obtuse.  Which is why, as you rewrite and rewrite your script, and recut and recut your film, you must always consider the audience.  What do they know, at this point?  What do they want to know?  What do they care about?  Where do they want this to go and how will I take them where I want them to go?  You have a responsibility to your audience, and it is the worst form of creative arrogance to forget that.

Show them something new.  Above all else, entertain.  And for most people, the key component of entertainment is novelty.  Each summer the $200m tent-poles push the boundaries of action and VFX to show their audience sequences they have never imagined, let alone seen, before.  In the same way, at the budget levels with which most people reading this article will be used to working, you need to push the boundaries.  Have you got a new idea?  Have you got a new way of presenting that idea?  Have you got enough new scenes / characters / jokes to refresh an old idea?  Can you break some rules of screenwriting and get away with it, in a way that nobody before you has?  If you haven’t, keep digging.

PS congratulations to my fellow IS columnist Tamzin Rafn on her inclusion in this year’s Brit List.  I am currently doing this.

Tom Williams was a development executive for Fine Line Features and is now, thankfully, a full-time professional screenwriter (Chalet Girl, BASE, Kajaki).   He is represented by United Agents.  No he will not read your fu*king script, Industrial Scripts already do that and do it well. You can follow Tom on Twitter, check out his website and IMDb profile, read old posts on his blog and tell him where to go in the comments box below…