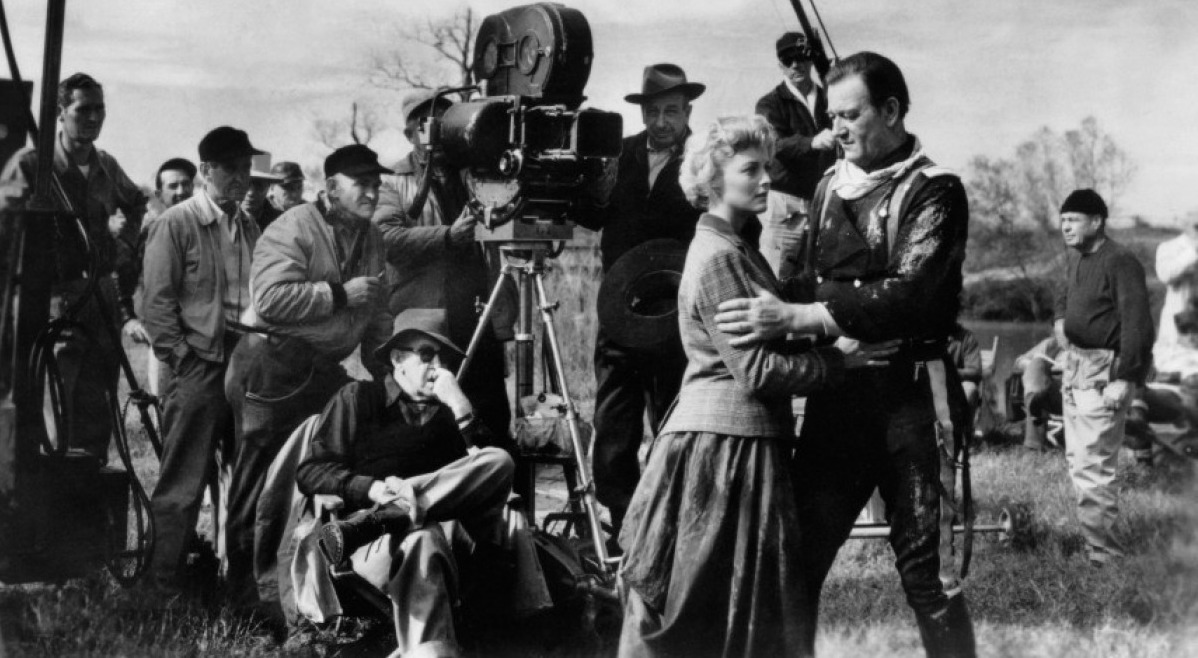 The legendary director John Ford enjoyed a remarkably long and successful career, working on over 140 films and winning four Academy Awards for Best Director. His most well known films include: STAGECOACH, THE MAN WHO SHOT LIBERTY VALANCE and THE GRAPES OF WRATH. Ford is noted for the precision of his craft as well as his desire to retain as much creative control as possible over his work. He famously worked without storyboards and his screenplays were rarely rewritten after having been approved.

Martin Scorsese on Watching THE SEARCHERS for the First Time
He was a masterful storyteller, shooting only the footage he needed and using the method of cutting in the camera in order to deny the film editors the possibility of altering his storytelling. As a commercially successful director he was skilled in the art of powerful and comprehensive visual storytelling, making his insights invaluable for screenwriters and filmmakers alike.

Ford’s influence on generations of filmmakers is best summarized by Martin Scorsese in Peter Bogdanovich‘s 1971 documentary DIRECTED BY JOHN FORD:

‘He is the essence of classical American cinema. Any serious person making films today, whether they know it or not, is affected by Ford’.

Ford was notoriously difficult to interview, often resisting an interviewer’s desire to analyse and quote his words. After a particularly unsuccessful interview in 1957, British critic-turned-filmmaker Lindsay Anderson declared that

‘his defensive barriers were so strong; and one of its effects was infallibly to make one say the wrong things, ask the wrong questions… His technique was brutal, ruthlessly destructive; by lying, by contradicting everything he’d ever said, be effecting not to understand the simplest question, he could reduce one to dispirited impotence’.

Nevertheless, we’ve collected a selection of Ford’s most memorable, thought-provoking and rare comments on storytelling…

1. ‘For a director there are commercial rules that it is necessary to obey. In our profession, an artistic failure is nothing; a commercial failure is a sentence. The secret is to make films that please the public and also allow the director to reveal his personality’.

2. ‘You can speak well if your tongue can deliver the message of your heart’.

4. ‘I like, as a director and a spectator, simple, direct, frank films. Nothing disgusts me more than snobbism, mannerism, technical gratuity… and most of all, intellectualism’.

6. ‘One of the troubles of directors universally is that they’ll make a big picture, it might be a hit and then they try to top it and usually fall flat on their face. I try to make it a rule, that if you make a big picture that is a hit, the next one do a cheap picture – relax for three or four weeks while you’re preparing for another story. And usually of course to my mind, the little picture is always better… some people keep on trying to top themselves and they can’t’.

7. ‘A script is a skeleton that you can work on. If it’s a good script, you do it verbatim. If it’s not, then you get a script that you can do verbatim’.

9. ‘I like outdoor dramas best. On the stage, there is the voice to carry a large share of the drama. In pictures there is no opportunity for the tonal gradations that convey such meaning on the stage. The compensating thrill comes in what the stage lacks – the ‘long shots’ that bring in a herd of cattle, massive mountain peaks, a chain of waterfalls, a huge mob of men and women’.

11. ‘I fear the art of telling stories by motion picture is becoming lost [said shortly after the introduction of sound]. It is too simple to take the easier way of telling the story through dialogue, and thus lose the most vital factor of the motion picture, the motion’.

12. ‘I like to study people, not just famous people, but the rank and file. The most interesting people are the down-to-earth people’.

13. ‘A good picture, is long on action and short on dialogue’.

14. ‘I simply direct pictures, and if I had my way, every morning of my life I’d be behind that camera at nine o’clock waiting for the boys to roll ’em, because that’s the only thing I really like to do’.

15. ‘If you can’t do it without relying on the spoken word, you’re not doing it visually, and that’s what I intend to do’.

If you’re looking for more ideas and inspiration, why not see what other articles we have to offer.  If you’re working on a script, Find out if it is working effectively and get a second opinion.

If you enjoyed this article, why not check out our article containing 12 Quotes about the Importance of Networking in Film & TV?