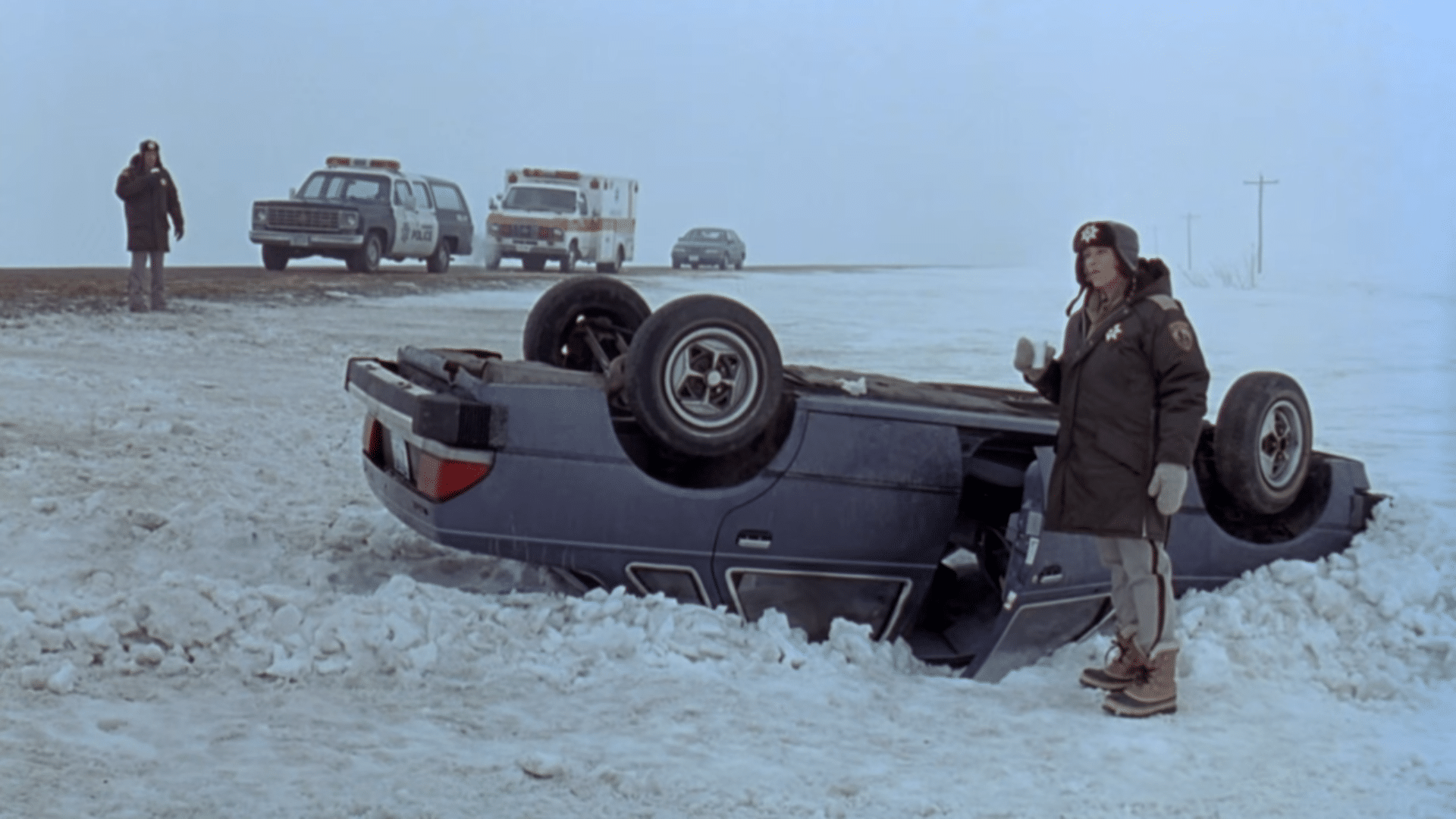 This is a true story. The events depicted in this film took place in Minnesota in 1987. At the request of the survivors, the names have been changed. Out of respect for the dead, the rest has been told exactly as it occurred.

The Coen brothers began their film FARGO with this title card. In a piece of trivia that’s now widely known, there is no such true story. There are a few similarities with real cases but these are mostly superficial. A man did kill his wife and put her body in a woodchipper but the details are a far cry from “exactly as it occurred.”

It’s completely made up. Or, as we like to say, the only thing true about it is that it’s a story.

What this title card gives FARGO is the extra legitimacy of “truth” and the authority of the true crime genre, both factually (“exactly as it occurred”) and morally (“respect for the dead”). This creates a little leeway for the film that follows. If there were characters or plot coincidences that might normally be hard to believe, well, they actually happened that way.

However, the Coens are too smart to rely on this just as a get out of jail free card. Instead, it’s deliberately and deeply connected with the storytelling and themes of the film.

While so many episodes of the LAW & ORDER stable of shows have stories ripped from the headlines, they and other detective shows are still usually expected to provide a strong sense of closure.

By the end of the episode, the promise is that the audience will discover who the perpetrator is and their motivation for committing the crime, one explaining the other. They’re then convicted or killed.

This is often not the case in true crime, which can have more freedom to leave its whodunnits and character motivations mysterious.

In the true crime genre, from the podcast Serial to the doc series THE JINX to the drama THE PEOPLE V. O.J. SIMPSON, answers are hard to come by and any that are given are rarely easy or conclusive. Cold cases that remain cold, wrongful convictions that aren’t overturned, lying witnesses and missing or long-lost evidence abound.

Truman Capote’s In Cold Blood was one of the earlier entries into the genre to gain respectability as literature, and the film adaptation was nominated for four Academy Awards. While one of the storylines is an investigation, the book and the film are not concerned with discovering the identities of the killers. As in FARGO, these are known fairly soon if not from the very beginning.

Rather it’s about the motivations of the killers and the people pursuing them, the vagaries of the justice system, exploring its “characters” in great psychological depth. Its influence on true crime and crime fiction has persisted. 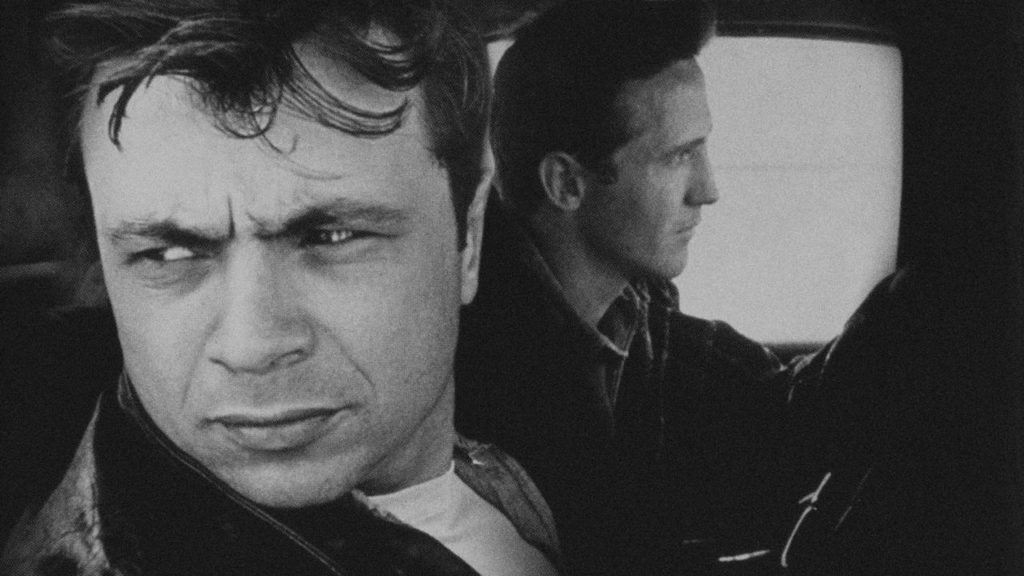 FARGO ends with the pregnant police chief Margie Gunderson (Frances McDormand) solving the case. She finds out who committed the murders and takes him into custody. Soon Jerry Lundegaard (William H. Macy), who ordered the kidnapping, is in custody as well. Justice has been served, or so it would seem.

And yet, Marge will never really know why these two did what they did. Jerry is in debt but beyond that his financial circumstances are vague, let alone why he thinks ransoming his own wife is the solution. There’s no real rhyme or reason to the kidnapping or murders. They’re more cases of bad luck.

And for what? For a little bit of money. There’s more to life than a little money you know. Don’tcha know that? And here ya are, and it’s a beautiful day. Well, I just don’t understand it.

Marge can’t understand this kind of evil. While catching a murderer in fiction might be reassuring, in this true crime story it’s unsettling and not the whole answer.

You were such a super lady… and I’m so lonely

One of the keys to unlocking the film is in the scene where Marge meets Mike Yanagita (Steve Park), an old school friend who tries to seduce her. His story, that his wife recently died, is later revealed as a lie.

On first glance, this has absolutely nothing to do with the plot and as such could if not should have been cut. It’s this very conspicuousness however that forces the audience to consider its relevance.

The world of ‘Fargo’ needs those elements; those random, odd, truth-is-stranger-than-fiction elements. Whenever you introduce those elements, you engage the audience’s imagination.

Marge makes herself up for the meeting and doesn’t tell her husband about it. Like the other characters, she is tempted or at least interested in what she doesn’t have, how her life could have gone a different path. When she realises Mike lied to her, she takes another look at the seemingly innocuous Jerry.

Marge ends the film with her husband, anticipating the birth of their child, telling him “we’re doin’ pretty good.” In a chaotic world, she realises that here’s something that’s solid, understandable and worth holding on to.

Are you seeing this?

The FARGO TV show uses the same “true story” disclaimer and hints towards the inexplicable in a similar way.

The plots of both seasons are full of chance meetings, coincidences like stumbled-upon treasure, and mysterious character motivations. Fish fall from the sky in the first season, a moment reminiscent of the rain of frogs in MAGNOLIA, another film that plays with life’s reality, Hollywood fiction, and the urban legends in between.

FARGO’s second season takes this further by introducing something even more fantastical and having it save a character’s life. For some viewers this might break the reality of the show or represent one genre cross too many for the black comedy-drama.

Still, this does strongly connect with the underlying themes of the season, including the paranoia and uncertainty of the post-Watergate era (it’s set in 1979). What was on those 18 1/2 minutes of Nixon’s White House tapes that were conveniently, permanently erased? What are those lights in the sky? We might never know.

what I think is exciting about a fake true crime story is that in actual history there’s a lot that we understand and there’s a lot of it we’ll never understand […] what we call truth is a small part of the historic picture. There are so many elements that usually get weeded out of the story so you can have a simpler narrative.

But it did happen…

Real life is messy, messier than most films.

Not everything has a knowable reason for happening or existing. Part of the human drive to tell stories, real or fictional, is because it can give us those answers. Stories help us understand our lives, other people’s lives, and the world around us.

Putting real events into neat structures and arcs can work incredibly well. It can also miss the forest for the trees. On one hand, great biopics frequently dominate awards conversation. On the other, bad biopics rely on a formula that so easily lends itself to parody. If every film about a musician follows the same familiar kind of story, they can end up forgetting what made their subject interesting and unusual in the first place.

For storytellers adapting or even pretending to adapt true stories, there’s a spectrum, a balance. How can whatever is interesting about the true story be enhanced by putting it into a satisfying dramatic structure? How could it be harmed?

Sometimes it’s the real-life messiness that, in defiance of storytelling instinct, is actually part of the appeal. Such is the case in both film and TV versions of FARGO, where it takes Coen brothers and Noah Hawley-level talent to pull off.