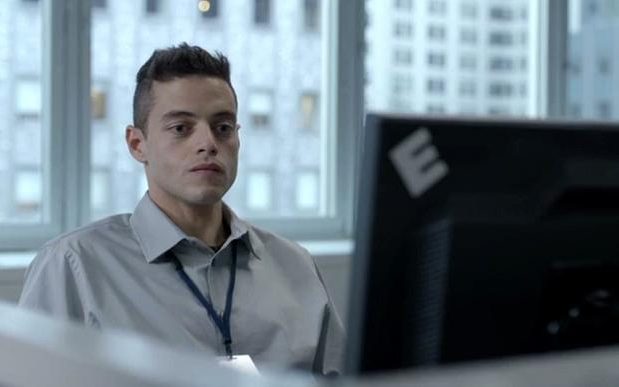 Computers are not the most interesting subjects. Anyone who’s had to watch someone else type very slowly into a search bar can attest to this. In a visual medium like film or TV, this frustration multiplies. When a character is shown typing, stories and scenes tend to grind to a halt. This poses a problem especially for hacking films or films about coding.

Phones, computers, tablets, and the internet are all part of our lives. To connect to an audience, films and TV need to reflect this. The challenge is to incorporate new technologies into stories in ways that are dramatic and cinematic.

Audiences are more tech-savvy than they were in the ’80s and ’90s, when personal computers and the internet were first making their mark. Films from that time attempted to make computers look more exciting, but often in ways that now look laughably dated.

Outside of a sci-fi fantasy like TRON: LEGACY, hacking films today couldn’t get away with the flashing colourful tunnels and circuit board cities of HACKERS (it barely got away with it then).

New technologies create new limitations but also possibilities. For every character in a horror film who conveniently complains there’s “no signal!” there’s a show like SHERLOCK which shows how inventively phones can be incorporated in a story. SHERLOCK’S approach, showing a text message on screen at the same time as the character’s reaction, has since been adopted by others like HOUSE OF CARDS.

But, as Tony Zhou of Every Frame a Painting pointed out a few years ago, no similar standard has emerged for showing computers or the internet. 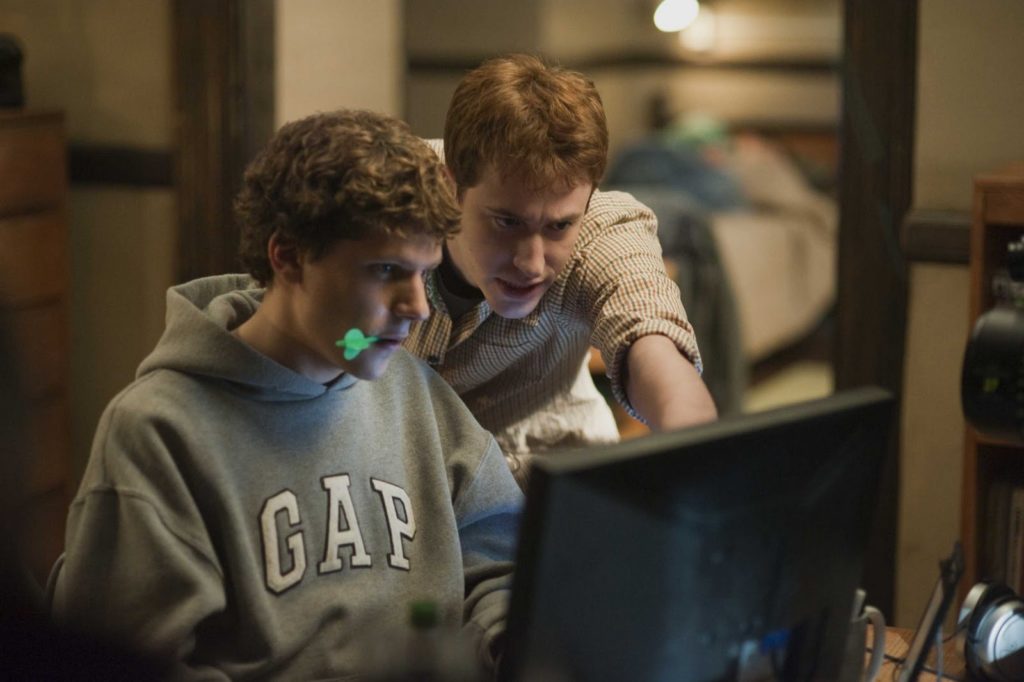 Do I have your full attention?

When THE SOCIAL NETWORK was first announced, details of the project were scarce. Aaron Sorkin joined Facebook for research purposes with a post that acknowledged how little he knew about it or the internet.

However, it’s precisely this kind of distance that helped THE SOCIAL NETWORK become so successful. It might even be the defining film about the early stages of the internet.

I think the film is probably a pretty good meatloaf of good old dramatic values held together with some [web] 2.0 extender… [website building] is not very dramatic or photogenic, but I don’t think it’s a lesser form of creation.

The story centres around computers, the internet, Facebook itself, but these are mostly off-screen. When characters are shown at their computers, it’s more about them than what they’re typing:

It couches the invention of Facebook in very human terms, emotions like jealousy, anger, greed, selfishness. It uses “good old dramatic values,” a story about a falling out between two friends, to make the internet understandable for a wide audience.

UNFRIENDED takes the exact opposite approach. It’s a found-footage supernatural horror film that shows nothing but a character’s computer screen.

The result is undoubtedly silly, to the point that there are almost as many laughs as scares. But if it is effective as a horror film, it’s because of its familiarity and accuracy.

It won’t date well, but in a different way to the likes of HACKERS. UNFRIENDED is a snap shot, a time capsule of how people interacted in 2014.

There are downsides to this approach. It works as an attention-grabbing gimmick suited to this particular plot, but it’s hard to see how the technique could be applied to a more conventional film. It also results in a great deal of onscreen text to read.

Still, the audience focuses in on the Skype windows, where the ghost is represented by an anonymous icon. Although aimed at a very different audience to THE SOCIAL NETWORK and using a very different style, UNFRIENDED arrives at a similar theme.

These teens are haunted by the ghost of a girl they cyber-bullied to the point of suicide, who forces them to reveal their darkest secrets. The technology they have doesn’t cause their bad behaviour to each other. The new forms of communication just make it easier to talk anonymously behind people’s backs while pretending to be their friend to their face. They lose human empathy.

This empathy is key. The audience, like the characters, needs to see people’s faces, their reactions, in order to understand and believe the horror of their situation.

We’re all living in each other’s paranoia

MR. ROBOT borrows a technique from FIGHT CLUB. It uses the Mr. Robot character (Christian Slater), like Tyler Durden, to dramatise some of Elliot’s (Rami Malek) internal monologue. Hacking, however, is a far cry from the inherently visual anarchic violence of Project Mayhem.

The series avoids the problem of watching people typing on computers through a combination of visual style and clever writing. The plot finds ways to force the hacker characters to act in the real world and to meet face to face.

For security reasons, fsociety only discuss their work ‘IRL’ (in real life), meeting at an abandoned amusement arcade. Instead of group messages on screen, characters interact with each other in a visually interesting location.

I usually do this kind of thing from my computer but this time I wanted to do it in person.

The benefit of an interconnected world is that the virtual and the real increasingly overlap. To hack into Steel Mountain to destroy back-up data, Elliot has to infiltrate it in person first. In order to do that, they need to get close to someone who works there, to scan and copy their security badge.

The show is about hacking and the hacker ethos. By all accounts, it’s a very accurate portrayal of both. Rather than get locked into endless scenes of text on screens and typing on computers however, it uses this verisimilitude to put these into a real world context. When characters do more traditional hacking, typing on computers, the stakes are understandable and enhanced as a result.

There will always be new technologies and new ways to represent them on screen. Any story involving technology, even in a tangential way, will eventually look out of date.

The best way to make hacking films or TV shows dramatic, and to tell a story that will last, is to focus on what has worked throughout the history of drama: Two or more characters, talking to each other, with some kind of conflict between them.

Text on a screen, no matter how many fancy graphics surround it, can never carry the same emotional weight as a person’s face.