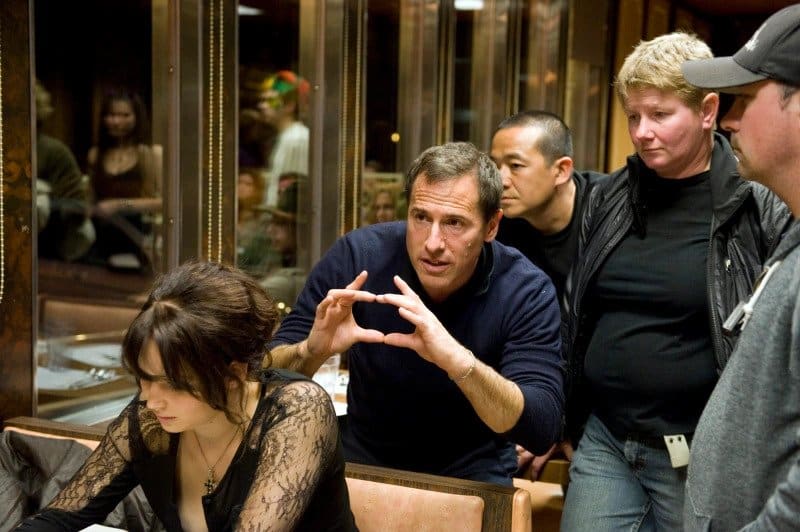 He’s one of the most charismatic contemporary American directors; someone who manages to craft intriguing and intimate stories with big stars attached. But what makes David O. Russell tick creatively? We’ve put together 15 fascinating David O. Russell quotes to see what goes into this maverick director’s writing and directing process.

Growing up in New York, Russell has said he always had an affinity with filmmaking, falling in love with filmmakers like Martin Scorsese in his teens. However, after graduating from Amherst College in 1981, David O. Russell originally had no plans of becoming a filmmaker. Instead, he wanted to be a writer.

Armed with a Political Science degree, he set off to Nicaragua where he taught a literacy program. And on his return to the States, he began documenting poor housing conditions and the plight of immigrants.

Documentary filmmaking was where he gained his first industry experience. But in 1994, he made his directorial debut with the dark comedy, Spanking the Monkey. This is where Russell started to make a name for himself as a filmmaker.

The controversial project about a troubled youngster and his incestuous relationship garnered many awards, including two Independent Spirit Awards and a Sundance Audience Award. With the film, David O. Russell proved that he had exceptional talent. And despite having never attended film school, Russell quickly established himself as a director with a vision and an alternative take on big subjects with big budgets.

Russell went on to make the Miramax comedy Flirting with Disaster, which featured Ben Stiller, in 1996. But it was his trajectory after these first two films that truly came to define his distinct place in Hollywood.

Three Kings, made in 1999 (produced by TITAN judge Ed McDonnell), announced Russell as an uncompromising director who could tackle big themes in an alternative manner, all whilst appealing to mainstream audiences. This appeal was significantly helped by the all-star cast, including Ice Cube and George Clooney.

Throughout his filmmaking career, Russell has chosen to address uncomfortable topics, such as mental illness, anti-war rhetoric, greed, and difficult family dynamics. His films often have dysfunction at their core but ultimately seek to show how people muddle or shine through such dysfunction.

O. Russell’s films can seem messy in the subjects they tackle; from two characters finding love amidst difficult personal circumstances in Silver Linings Playbook to a young woman overcoming adversity to find entrepreneurial success in Joy to con artists being twisted by the FBI to subvert corrupt politicians in American Hustle.

He’s clearly also a director who prefers working with actors he’s already familiar with. He has, for example, collaborated with Jennifer Lawrence, Bradley Cooper, Christian Bale, Amy Adams, and Mark Wahlberg on more than one feature. As with his audiences, those who stand by him tend to stick with him.

Amsterdam – with its star-studded cast and multi-million dollar budget – speaks to the fact that studios trust him to make interesting movies that audiences will flock to. His work continually challenges and surprises in the chosen subjects and style.

So we’ve highlighted 15 David O. Russell quotes that shed light on this eccentric director’s creative process and his insight into the industry he’s become a key player in.

1. “The whole trick is to make it feel like you’re spying on real people’s lives as they get through the day. When I’m writing, I have to trick myself as a writer. If I consciously say, ‘I’m writing,’ I feel all this pressure and somehow it doesn’t feel as real as when it doesn’t seem to count as much.”

2. “I think what makes compelling fiction or cinema is when you’re basically taking the most intense moments of experience and you’re creating a song or a narrative out of it.”

3. “When I write an email where I outlined a whole scene, it just came out of my unconscious, it comes from a deeper place. The same thing happens when the actors go, take after take, and just get lost in it. When you’re in a house, you don’t think about being in the house; you’re just there.”

4. “I’ve done my best to work from a place of humility – always looking over your shoulder saying, ‘Does this suck?’. And I think that’s a good way to work. The other way to work is where you start to think, ‘I’m on fire, I’m amazing!’ and I don’t think that’s the way to work.”

6. “One of the things I’ve discovered at my age is I must have enchantment. And that was not clear to me in my earlier years. When I look at my favorite films, the Frank Capra – even Scorsese, even Goodfellas, what makes that movie so remarkable is there’s enchantment in their world.”

7. “You should always make it like it’s your last film. That’s my personal belief. Every filmmaker is going to have another belief. That’s the only way I know to try to make a film that might be good. You got to take it real seriously like it’s your last thing.”

8. “The holy trifecta of directing and filmmaking is character emotion, camera movement and music. When you hit those three, that’s magical. That’s what I’m trying to do.”

9. “The great lesson about filmmaking is never take “no” for an answer, especially if you have a lot of passion and inspiration to do something.”

10. “The closer you stay to emotional authenticity and people, character authenticity, the less you can go wrong. That’s how I feel now, no matter what you’re doing.”

11. “I’m always looking for a way to surprise audiences. That’s, I feel, my job as a director. I felt that Amy Adams playing a tough woman in The Fighter was a surprise. People saw her as a princess.”

13. “What we assert, very often can become our reality. To some degree, everybody can try to shape and control their fate. Everybody picks an identity.”

14. “You can’t force a movie to happen. Movies happen when they’re supposed to happen. Everything happens in God’s time. I really believe that.”

15. “That’s the most beautiful thing that I like about boxing: you can take a punch. The biggest thing about taking a punch is your ego reacts and there’s no better spiritual lesson than trying to not pay attention to your ego’s reaction. That’s what takes people out of the fight half the time.”

Feeling inspired by these David O. Russell quotes? Take a look at our list of Taika Waititi quotes and Robert Eggers quotes for some more inspiration.

This article was written by Lavinia Wanjau and edited by IS staff.