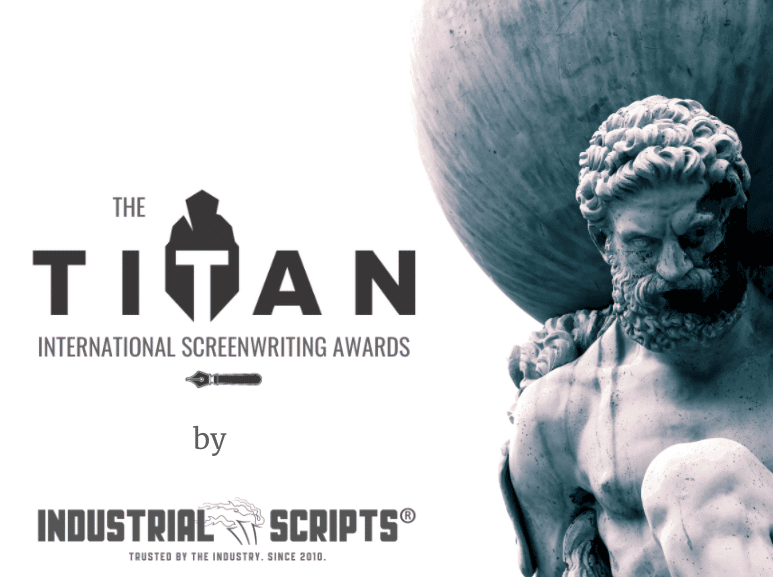 The inaugural year of the annual screenwriting prize opens for submissions from writers and filmmakers globally, judged by a triumvirate of heavyweight Hollywood film and television producers.

The 2021 TITAN judges are as follows:

In addition to the outright winners, nine genre category winners will also be announced, and these will range from Best Action Feature to Best Series Bible to Best TV Drama.

On the production side, the contest will also award a specific prize for Best Lo-Budget Feature – for film scripts likely to be produced for $1m or less – and Best Short Film Script, with the intention of aiding both towards production.

The three outright winners of The TITAN Awards will be announced in December 2021 and will receive: one year’s continuous script and career promotion; project-specific support from Industrial Scripts; marketing to the IS industry roster of executives, agents, managers and producers; a formal introduction to the three judges (who will also read their work); cash awards, software and more.

Open only to writers and filmmakers who have earnt less than $50,000 from writing services in the preceding year, the contest will also award a special prize for the leading diverse script featuring underrepresented voices, and recognise the best “Wildcard” – one writer with obvious, if unvarnished, talent.

The company’s readers will assess the early rounds of the prize, before entrants are filtered down to the category winners. From these winners, Industrial Scripts will determine the Grand Finalists, and these three scripts will be submitted to McDonnell, Crowley and Moore for final evaluation.

After due consideration, the judges will exclusively determine the Gold-Silver-Bronze order of merit, and the prizes will be awarded at a ceremony in late 2021.

“Two of the most exciting moments in filmmaking are when a great script lands on a producer’s desk and when a writer gets a call saying their project is moving forward. Right now, the entertainment business is hungrier than ever for exciting and well-crafted scripts. The TITAN Awards is a great opportunity for a writer to get the recognition they deserve and move ahead. I’m looking forward to reading the winners”.

“The days of new emerging talent being shut out of the industry because of race, gender and geography are, hopefully, closing fast. Whether it’s someone from Denver, Dumfries or Dunedin or anywhere else in the globe, a screenwriter can have their screenplay personally read by my fellow judges and I through this year’s TITAN Awards. As filmmakers we can’t afford to be overly rigid about how we assess material or where it comes from. The demand for outstanding content is too great. I’m very excited to read and connect with the winners of the inaugural 2021 TITAN Awards”.

“I am extremely excited to participate as a judge in this year’s TITAN Awards. As a producer, one of my greatest rewards is working with writers to help their ideas come to fruition. Along with my fellow judges, I look forward to helping this platform grow, and identifying the next wave of up-and-coming writers.”

The TITAN Awards is kindly partnered with and supported by leading non-profit bottled water company Belu, who have donated over $7m to WaterAid, to-date, as well as screenwriting software providers Arc Studio Pro and Final Draft.

The quarter-finalists are announced on 30 September, with the eventual Gold-Silver-Bronze Grand Final winners revealed on 17 December.