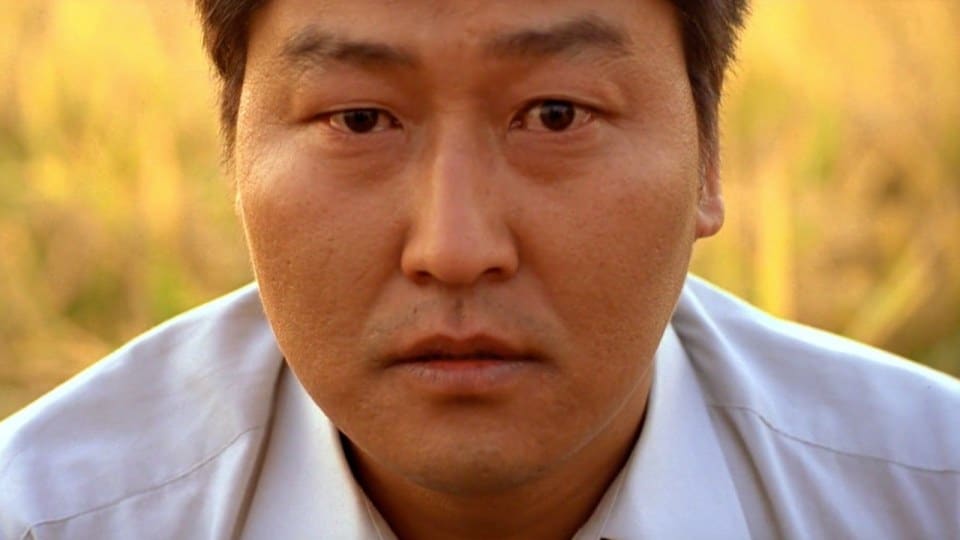 Often there are terms in screenwriting that do what they say on the tin. The bookend technique fulfils this mantra. It’s a plot device used to sandwich a story like two bookends.

To do this, we will take three easy steps.

By looking at some films and the way they use the bookend technique, we’re going to show you how to deploy the technique in your own screenplay.

What is the Bookend Technique?

The bookend technique is a framing device used in many forms of storytelling, be it film, television, poetry or novels.

The device frames the whole story by linking the beginning and end in some way. This is done by having the beginning and the end of the film mirror each other. This can be a straight replica of the frames. Or it can be similar sequences or scenes, and even more subtle mirroring.

The bookend technique is very similar to, and in many cases, there is a direct overlap, with some other storytelling techniques, devices and principles. For clarity, let’s take a look at how…

Circular storytelling is a narrative structure that has the protagonist of a story return to where the story started.

The idea is that it emphasizes the protagonist‘s progression by juxtaposing them at the beginning with them at the end. Thusly, it demonstrates the journey they have been through and how much they have changed internally, despite their circumstances seeming the same externally.

The bookend technique can also be tied to the dramatic principle of Chekhov’s Gun.

The principle is that there should be no redundant parts in a story. Therefore, everything in the story must be completely needed. If you’re going to place a gun in the first act, it must be fired in the third.

The bookend technique is inherently a use of Chekhov’s Gun principle. This is because it is essentially a setup and payoff, using the meaning from the beginning at the end of the story.

A frame story is a technique used often in literature, though there are many films that have adopted it also.

The definition of a frame story is put best by Raymond Malewitz.

“As its name suggests, a frame story is a narrative that frames or surrounds another story or set of stories. It usually appears at the beginning and end of that larger story and provides important context and key information for how to read it.”

For example, films that have used this technique include:

Why Do Screenwriters Use the Bookend Technique?

Moreover, bookending is an easy way to add structure to a film by clearly earmarking the beginning and end of the story. It’s also unique in that if used correctly it can make meaning exist in a vacuum, without the wider context of the story.

It’s an almost definite way to give a film a satisfying ending, by reminding the audience of the story’s beginning. It gives your audience the feeling that your story has come full circle. Furthermore, it encourages them to reflect on what has come between the two ends.

Writers and filmmakers may bookend their stories in different ways and more importantly for different reasons. Let’s look at some examples…

How Do Screenwriters Use the Bookend Technique?

In the opening of Whiplash, the protagonist drums alone, to no one. The scene is lit in cool blue tones.

At the end, he drums to a full theater, with his mentor’s approval. Now, he’s bathed in a glorious golden light.

This signifies his character’s growth beyond needing his mentor’s approval, and of course his improvement in drumming. The film takes two similar frames and bookends the story with them. It highlights the character’s progression. But it also prompts us to think about what he’s had to go through and sacrifice to get there.

The bookend technique can also be used to highlight that despite a character’s growth, they might still be hanging on to something from their past.

A perfect example of this comes in Bong Joon-ho’s 2003 thriller, Memories of Murder.

The film begins and ends where the bodies of murdered women were found, in the storm drain of a cornfield on the outskirts of a small town.

Bong Joon-ho tells the audience that despite the years rolling on and Park changing profession, he’s still at heart the young detective who couldn’t solve the big case. The case still haunts him and despite all the time that has passed, he somehow can’t move on from it.

But the bookend technique isn’t exclusively used to inform the audience about a character’s arc.

Take John Ford’s 1956 American Wild West classic The Searchers. The film is bookended to give a real sense of immersion into a bygone world.

The door frames the audience’s entrance into this world. Consequently, it highlights the sense of myth that surrounds it and the way in which the spectator interacts with depictions and imaginings of the past.

Furthermore, if a writer wants to use a framing device that encapsulates their story, the bookend technique is a great way to do that.

It’s a metaphor that abridges possibly the film’s most famous line into beautiful imagery.

“My momma always said, “Life was like a box of chocolates. You never know what you’re gonna get.”

Like the feather, Forrest just drifts through life, no matter where it takes him, good or bad. We just happen on this character much as we do the feather, drifting past and gaining a brief window into their world.

A Closer Look at Some Bookended Films

In Sam Mendes’ World War One epic 1917, the symmetry of the film’s beginning and end frame informs the audience about the protagonist‘s plight.

By bookending the film with Will against the tree, the writers epitomise the hero’s journey with a call to action, and finally when he returns, a chance to rest.

The implication of the protagonist ending his story in the exact way it started is that our hero is trapped in the cycle of war.

This is bolstered by the fact 1917 is shot as if it’s a single continuous take. Sam Mendes wants the audience to feel a day in the life of the hero. They start and end in the same place but come out of the experience, no doubt, completely changed.

Another well-done use of the bookend technique comes in David Fincher’s 2014 thriller Gone Girl.

Gone Girl‘s first and final frame is a close-up of Amy Dunne’s (Rosamund Pike) head resting on her husband, Nick Dunne’s (Ben Affleck), chest while he strokes her head.

Like 1917, these frames are carbon copies of each other, with some minor changes creating a much different effect.

With the first and final scene juxtaposed it is the minor contrasts in their symmetry that is the source of uneasiness the viewer feels upon the film’s ending.

Compare that to the film’s last scene.

This use of the bookend technique, therefore, highlights the power shift in their relationship. Once again, whilst we return to where we started, everything has changed.

An idiosyncratic deployment of the bookend technique comes in Peter Weir’s The Truman Show.

The Truman Show sees Jim Carrey as the titular character, Truman, who unravels the web of lies that is his very own life. He’s the unknowing star of his own reality show watched by millions around the world.

The film is bookended with Truman charmingly performing what we as the audience can assume to be a catchphrase of sorts.

During the film’s opening scenes, Truman is completely unaware he’s being watched by millions.

He exits his home and greets his neighbors across the road, when through a hidden camera he says, the catchphrase:

“In case I don’t see ya’, good afternoon, good evening and good night”

At the end of the movie and moments before his escape, Truman has the opportunity to say whatever he wants, as the whole world watches his life unravel. He stares right at the audience this time. Liberated, he performs his catchphrase one last time and takes a bow.

The writer here uses the bookend technique to ensure the audience feels the moral difference in observing and enjoying Truman’s story. The captive Truman as a subject for millions of voyeurs is juxtaposed with the soon-to-be free man we watch perform for us of his own accord.

The bookend technique is a fantastic way to show the audience the journey your story and protagonist have been on. But more importantly perhaps, for the writing process, the bookend technique can help you articulate these all-important elements of change.

By returning your story to where it started, you are forced to think about what the fundamental change has been between these two bookends. It can be a handy experiment to start off your story by bookending it. Then you’ll have to figure out what will have changed beneath the surface of things seeming the same.

Such a framing device allows the writing process to be acutely focused on perhaps the most important element of a film; change. Why are we seeing this story at this point in the character’s life? How will the story prove pivotal to their growth? If your protagonist hasn’t changed from the start to the end of the film, you’re missing something important about your story’s purpose.

The bookend technique, therefore, is a powerful way to accentuate your story’s meaning. It sharpens the journey you’ve taken your audience and protagonist on by reminding them just how much they’ve experienced.

This article was written by Ben Handscomb and edited by IS Staff.

1 thought on “How Do You Use the Bookend Technique in Screenwriting?”