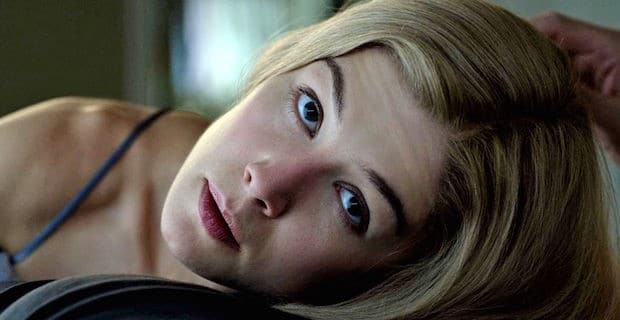 Circular storytelling is a structural technique visible in many stories across film, TV, literature and other mediums. But what exactly does the structure entail? And could it be useful to your screenplay? We take a look…

What is Narrative Structure?

Everyone knows that every story has a beginning, middle and end. But we screenwriters understand that connecting your beginning and end requires a structure.

The structure is the framework that underlies the order of acts, sequences and scenes. It’s the way the narrative is presented to the reader, listener or viewer.

A well-structured plot is essential for creating a satisfying narrative for the audience.

There are different typical categories of story arrangement used by screenwriters:

What is Circular Storytelling?

But what about circular narratives? What exactly do they look like and how do they differ from or chime with other narrative structures?

In a circular narrative, the story ends where it began. Although the starting and ending points are the same, the character(s) undergo a transformation, affected by the story’s events.

One way to visualize the circular storytelling structure is with a diagram:

This demonstrates how the story is primarily about venturing to the “away” part of the story, in order to then return home carrying what they have learnt from this time “away”. The story is bookended in this regard, highlighting the disruption to the character’s normal, everyday life that storytelling always relies upon.

What’s the Point of Circular Storytelling?

By using a cyclical structure, writers can emphasize the knowledge gained during the course of the story.

The audience can compare a character’s behaviour in the first and last scenes (and it makes for an even easier comparison if the scene is essentially the same) making the character’s journey clear as day.

So circular narratives highlight in no uncertain terms your character’s progress.

Gone Girl, for example, both opens and closes with the above shot of Amy Dunne (Rosamund Pike), lying on her husband Nick’s chest.

This is a great example of circular storytelling as the characters (and the audience) return to where they started but do so completely changed. Moreover, it’s borne out in the plot, narrative arc and visuals, making for compelling and satisfying viewing.

Circular Storytelling in Other Mediums

Novels (these examples all have film adaptions, too) regularly use circular storytelling.

Alice In Wonderland by Lewis Carroll and The Chronicles of Narnia by C.S. Lewis are classic examples.

Both examples show the characters exploring a vast fantasy world and then returning to their everyday reality completely changed. In these instances, the characters need this change and the “away” part of the story provides them with it.

Circular narratives overlap with other structures. And it’s helpful to understand these structures for a full and cohesive picture of what circular storytelling is really about and what it entails.

The Hero’s Journey structure, for example, is the most popular story structure in the western world. And it’s helpful to remember when considering circular storytelling as it often pertains to the kind of journey the protagonist will go on. It’s inspired by the work of mythologist Joseph Campbell and redefined by Christopher Vogler in The Writer’s Journey.

The Hero’s Journey chimes with circular storytelling because the first and last three stages are set in the hero’s ordinary world – home. If you were to use this structure when telling your circular story, there would be plenty of time, for example, for you to see the change in the hero after their quest.

Dan Harmon became famous for co-creating the sci-fi comedy series Rick and Morty using a “story circle” technique he created when adapting The Hero’s Journey for use in TV.

Harmon believes that “the REAL structure of any good story is simply circular – a descent into the unknown and eventual return”.

Harmon uses these 8 stages in each episode of Rick and Morty:

For more detail on this structure, check out our in-depth article looking at Dan Harmon’s story circle.

Harmon’s structure is another great example of how to use circular storytelling. Rick’s experience of “home” bookends his adventure “away”, making his arc, and what he has learned during the course of the story, crystal clear for the audience.

It’s a great way of allowing characters (and the audience) to experience a new set of circumstances and learn something along the way, all whilst retaining the familiar elements which keep us coming back, week after week, episode after episode.

I can’t not see that circle. It’s tattooed on my brain.

Determining the Best Narrative Structure For Your Screenplay

How can you tell if a circular structure is right for you? Well, these are some important questions to ask yourself when discerning what structure is best for your story…

You want to consider if your protagonist’s change is best emphasized when compared to their previous life. Your change might be better illustrated, for example, with them moving onto a new life entirely. Maybe the story is about leaving something, somewhere or someone behind.

When using circular storytelling, characters must come back to where they began in some way. The structure emphasizes characters venturing out to get what they need and then returning, having changed, but back exactly where they started literally speaking. If you find your character venturing somewhere new entirely, this isn’t really circular storytelling, despite perhaps potentially sharing some of the characteristics.

Is Circular Storytelling Right for Your Story?

Circular storytelling only works if the story you want to tell fits into it. Remember that content dictates form, so don’t worry if your story isn’t a circle.

Finding the right structure, much like the hero’s journey, is about discovery. But regardless of whether you strictly use the circular storytelling structure or not, it can be a useful tool to sharpen your protagonist‘s arc with.

All stories, after all, take their protagonist on a journey. So understanding exactly how that journey relates to change in the character, from the start to the finish, can be vital in making it compelling and meaningful.

For references on other structures, check out our articles on linear storytelling and nonlinear narrative.

This article was written by Lyra Fewins and edited by IS staff.