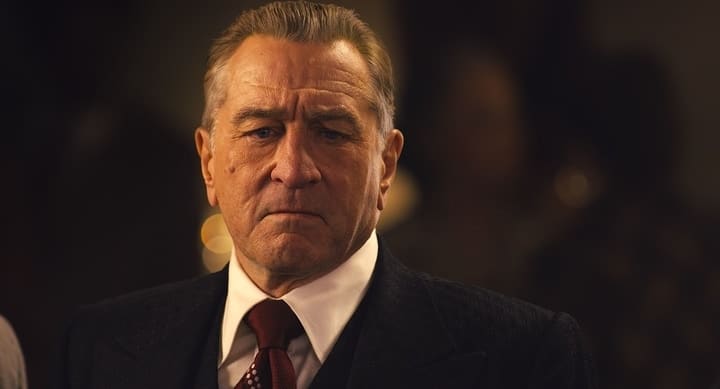 An elderly narrator sits down in a chair. They talk directly to camera. They are the storyteller. We are their audience. This is a framing device.

Of course, this is probably the most obvious and simple use of a framing device. None the less, it is quite prolific.

There are different variations of the framing device within film and television. But most of them don’t stray far from that first example – someone sitting down to tell us their story.

A framing device is well-worn literary device. That’s probably where you’re most likely to find it. But they do also frequently appear in cinema.

In this article, we’re going to look at a number of examples of when framing devices fail and succeed and why. How can you get the best of the use of a framing device? When should you avoid it? And how can you put a spin on it?

What is a Framing Device?

Most often a framing device is used as a way into a story. This is why typically it will feature at the beginning of a story. It eases the audience in, showing who the protagonist is and from what perspective the story is being told.

‘A Framing Device is a narrative technique in which a story is surrounded by a secondary story, creating a story within a story.’

The story is ‘framed’ like a picture. It is encapsulated in time by a narrator. An artist will frame a picture to give it a finality, to present it to an audience. Borders are given to show where the picture begins and ends.

It will most typically look this this: Present – Main Narrative – Present.

The Difference Between a Framing Device and a Flashback

Often it is hard to distinguish such a difference.

By including a framing device, the writer is demonstrating through what framework they are telling the story.

This isn’t necessarily about the framing device bookending a story. A framing device doesn’t always have to feature at the beginning and end in strict terms.

It is more to do with what context the story is being told in. That effects everything about the way in which we receive the story. 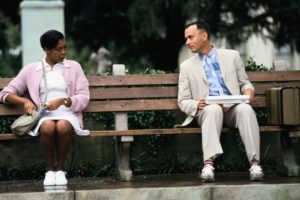 The Benefits of a Framing Device

Most obviously, the primary benefit of a framing device is clarity for the audience.

A framing device can also be very helpful in setting the tone for a story.

The use of a framing device can signal the themes as well as the narrative setup.

Although these might not be the only themes present in the story, the framing device suggests they will be at the core of the story. Furthermore, they suggest a colour for the tone, a way in which this story will be told.

The Drawbacks of a Framing Device

Put simply, a framing device can seem too easy. For all the benefits it brings, as just mentioned, audiences will often see through what the writer is doing. They will see the writer is presenting an easy option for them to follow.

It can seem like blatant exposition. This, in turn, can seem patronising to an audience.

Furthermore, the use of a framing device can feel a lazy way of getting a narrator to tell the story. This narrator will distinguish for you (the audience) where we are in the story, what the setting is, and/or even sometimes their thoughts and feelings on the situation at hand.

To avoid the pitfalls in the use of a framing device, it’s imperative that it is inextricably linked to the story’s themes. The framing device must have a purpose other than clarity for the audience.

Could this story be told without a framing device? Could other dramatic techniques be employed instead?

To show the benefits and pitfalls of using a framing device in action, let’s look at some examples… 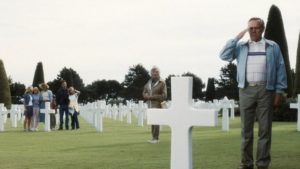 Saving Private Ryan tells a story from the perspective of a soldier in the Second World War. But we start and end this story in the present day.

The framing device employed here isn’t as literal as it first seems.

Moreover, the film itself isn’t specifically told from this character’s perspective (played young by Matt Damon). We don’t know this until the very last scene. It’s a trick.

The use of this framing device in Saving Private Ryan divides opinion. Heartfelt tribute or sappy bookend to an otherwise brutal, immersive account of war?

The bookending of the film in this way shows the potential pitfalls of using a framing device.

However, at the same time, the power of seeing those graves in their vast numbers is undeniable.

Verdict: Corny and heavy-handed but with a powerful message behind it.

In The Princess Bride, a grandfather tells a story to his sick grandchild.

This is the framing device for the story we are about to see unfold. Again, this is a classic and traditional format for the use of a framing device. But it’s used to brilliant effect here.

Every aspect of the film is imbued with how we would imagine a grandfather telling us a story. The story has a light tone and is full of wit, adventure and charisma.

The film itself is a kind of homage to fairytale stories.

This use of a framing device in The Princess Bride hardly breaks the mould. But it executes the idea well and suits the story perfectly.

It’s a great example of how a framing device can help drive home tone, setting the story within the warm context of a grandfather telling his grandson a bedtime story.

A framing device is certainly essential to Forrest Gump. The film couldn’t exist in the same way without Forrest sitting on a bench laying out his life story to strangers.

By placing Forrest on the bench the film is given the excuse to employ voiceover narration. This narration, from Forrest, is key to the film and story’s appeal.

It’s in part what makes Forrest Gump an original and charismatic story.

Furthermore, there isn’t a lack of purpose to the context of the framing device. We learn that Forrest is waiting to meet Jenny, his childhood sweetheart who features so prominently in the stories of his life he tells.

The setup of the story is of a certain tone. It’s a tone that makes the story saccharine and traditional. But that is also what gives the film its sugary sweet charm.

The use of the framing device might be straightforward. But in this it reflects the protagonist‘s personality. It serves the story perfectly and allows room for charismatic, funny voiceover.

Verdict: Love it or hate it, it allows a unique character to shine.

The framing device used in The Irishman is hard to pin down. Frank Sheeran (Robert De Niro) is elderly and lives in a nursing home. He sits in a chair and narrates us his life story. It’s a classic setup.

But why are we seeing this part of Frank’s story? Who is he talking to? This never feels entirely clear.

There is a nostalgic tinge to the way in which he tells the story. But it doesn’t feel the standout theme, one that defines the story.

Instead, Frank’s narration largely seems to serve as a way of setting up the story for the audience. It gives context, character introductions and insight into characters’ thoughts and feelings.

The narration never particularly grates or stands out. It’s often a nice lure into the story. But overall, it’s hard to discern the point of it. We feel as if a point is always coming but it never quite does.

In laying out the details of each character’s death in their introduction, we are provoked to think of Frank out surviving all of them and dying in his care home. But this feels a little like clutching at straws.

The framing device in The Irishman proves the allure of a framing device. Its use can even fit in smoothly with the narrative, with well-written narration and great acting.

But if the framing device lacks a clear and concise purpose, the audience will often leave with the question – why?

Slumdog Millionaire uses a framing device in an innovative way. The main story is that of Jamal, en eighteen-year-old who finds himself on the verge of winning gameshow Who Wants to Be a Millionaire?

Being that he is a poor boy from the slums, the fact that he has gotten so far puzzles everyone. Before he can answer the final question, the police detain and interrogate him. It’s here that we get the window into the body of the story.

The use of a framing device in this way is at once traditional and innovative.

A teenager being asked to explain how he knows answers to gameshow questions is a bold and fresh premise.

In that sense the framing device is integral to the story and its themes. It just simply could not exist without it. This is what makes it a brilliant framing device.

Verdict: Fresh, different and almost impossible to tell the story without it.

Using a framing device in your screenplay can feel like entering into tricky waters.

As with so many screenwriting techniques, it’s important always to ask – Why?

A framing device should be so integral to your story that it almost needs to be one of the first elements you include in laying out the plan for your screenplay.

However, this won’t always lead to a rock solid framing device. Again, you need to ask the question – if i remove this framing device will the story fall apart? Is it an essential part of the story’s architecture? Or is it doing less than appears?

Overall, a framing device should never be a solution. It has to be the cause.