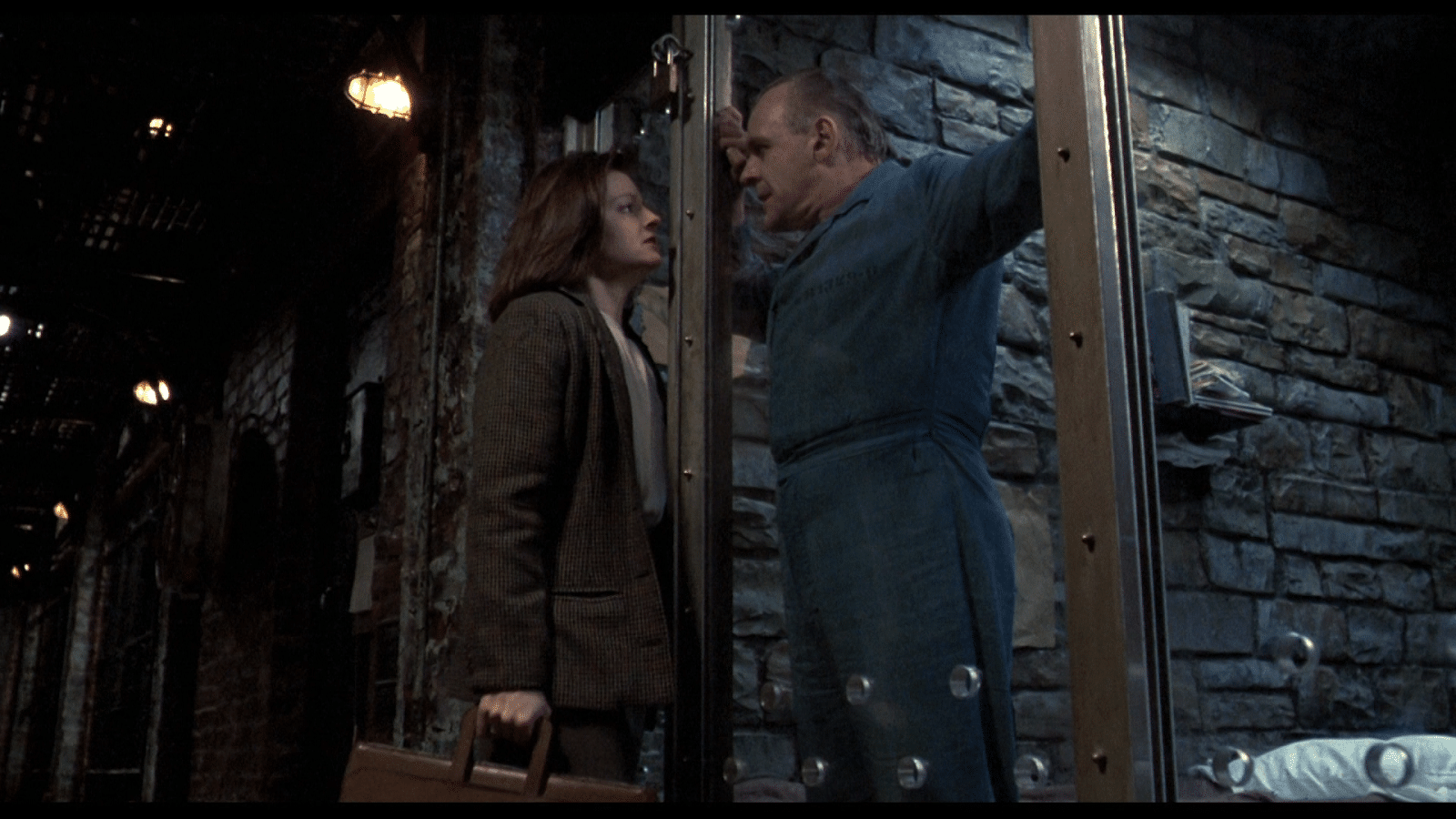 On the Special Edition DVD/Blu-Ray for THE SILENCE OF THE LAMBS, Jodie Foster is interviewed as part of a retrospective. In the interview, Foster explains that a structurally insignificant scene (the one where “Multiple” Miggs can’t contain his excitement, after Clarice’s first meeting with Hannibal Lecter) is in fact very important:

The scene achieves one key thing: it tells the audience “in this film, the gloves are off”.

Regardless of genre, screenwriting electricity is an important concept. It’s a sense of energy, excitement, shock and urgency that can be hard to describe. It’s the thrill of reading something new. Something, well, fresh.

THE SILENCE OF THE LAMBS came out before serial killers were staples of crime scene procedural shows. Its blend of serious, character-based drama and genre made it unique.

How to capture that sense of surprise again?

How to create screenwriting electricity?

What creates screenwriting electricity is like asking what makes something exciting. Why do we tell and listen to stories in the first place?

Answers will vary, but one main driving point is to experience something out of the ordinary and unfamiliar. Even if a film or show features a version of reality that’s familiar to us, it’ll be reflected back in a heightened way. Even if a film or TV show is in a specific genre, it will have its own new approach to it.

The somewhat cynical saying that “sex and violence sell” might apply here, too.

This doesn’t mean these elements need to be explicit in order to create screenwriting electricity. Even many of the best horror and thriller films suggest more than they show. However, considering their place in the story can be useful.

Both are to some extent ingrained in us, driving much of the conflict in the world and therefore in our stories too.

This scene in THE SILENCE OF THE LAMBS, for example, is charged with screenwriting electricity that’s both sexual and violent.

Like a big battery, THE SILENCE OF THE LAMBS builds screenwriting electricity throughout by showing how violence can occur at any moment. Unexpectedly for what some might deem a horror film, however, it turns this inwards, using it to develop Clarice’s backstory, her internal fears and struggles.

When the actual moments of violence transpire, this screenwriting electricity reaches its peak and dissipates.

The climax discharges almost all of the screenwriting energy built up thus far. However, the denouement adds an extra ‘spark’ created by the continuing friction between Clarice and Lector.

Another generator of screenwriting electricity is a power imbalance. Writers can conceive stories in terms of a series of reversals of power.

In this scene, Clarice has the authority, legally (she’s an FBI agent) and morally (she’s not a cannibalistic murderer!).

However, Lector is highly intellectual, manipulative, even charming, especially contrasted with other inmates like Miggs.

We’re used to reading and seeing interrogations where the character representing law and order is in charge, or quickly gains the upper hand and a confession.

This scene is different.

Where is the balance of power? It’s continually in flux, from scene to scene, from moment to moment, from line to line. This leaves the audience uneasy, unsure, but gripped and determined to find out what happens next.

Even visuals, such as set and prop design, reflect this. Lecter has a see-through cell, rather than bars.

The language of screenwriting electricity

A film or TV show has so many elements to play with. Lighting, camerawork, sound editing, score or a surprising acting choice can all make up the shortfall for a scene that doesn’t quite possess that electricity.

However, a script only has words on the page.

It’s not only what you write but how you write it that creates screenwriting electricity.

The language a script uses gives a sense of the visual style and pace of a scene. Active language, present tense and an understanding of the value of white space on the page are useful.

Clogged pages and pages comprised of long paragraphs of description, for example, are not going to do your screenwriting electricity any favours.

Jordan Peele‘s script for GET OUT offers one example. From the opening scene:

Andre stops. He looks down the street behind him. It’s dark and empty. Andre looks up the street in front of him; A vintage creme-colored Porsche with tinted windows and a roof passes him.

The car does a u-turn behind him. It now CREEPS up on the street behind Andre. It’s following him.

The repetition hones the reader’s focus. Dark and empty on one side is scary. An ominous car on the other is scarier.

The details in the description of the car are important. A vintage Porsche connotes money. Tinted windows suggest a nefarious purpose.

There’s something wrong and out of place with this car, in an empty suburban street at night. It’s dangerous, but we’re not sure why. This is not a slasher in a mask, or a possessed board game. This is a new and different kind of horror than we’re used to reading and seeing.

Peele gives the simple action “A dog barks” its own line.

In one way this breaks and distracts from the tension, not least because it’s a short sentence following a lengthy one. At the same time, it’s building that screenwriting electricity.

Peele doesn’t tell us yet, instead escalating the situation. There’s a power imbalance here, even before the racial themes have been teased out.

Andre is on foot. Whoever is inside the Porsche is driving, wealthy and resourceful. He doesn’t stand a chance, but we can’t stop reading to find out why.

Screenwriting “electricity” can cover a multitude of sins.

Consider the James Bond franchise, or the MISSION: IMPOSSIBLE films. They do such a good job of charging the audience with screenwriting electricity – how will Bond / Ethan Hunt get out of this one? – that the rest almost falls by the wayside.

It doesn’t matter if, for example, the villain‘s plan doesn’t quite make sense. The audience won’t think about it until hours after they leave the cinema, if at all. There’s the pressure to create something bigger and better with each instalment , and the stewards of those franchises have – so far – mostly succeeded.

However, screenwriting electricity is not a simple get out of jail free card. A scene can generate electricity in the moment but the script fails to follow through. (Imagine if the rest of GET OUT didn’t live up to that opening.)

Screenwriting electricity needs, as in THE SILENCE OF THE LAMBS or GET OUT, to paired with a great story and gripping characters.