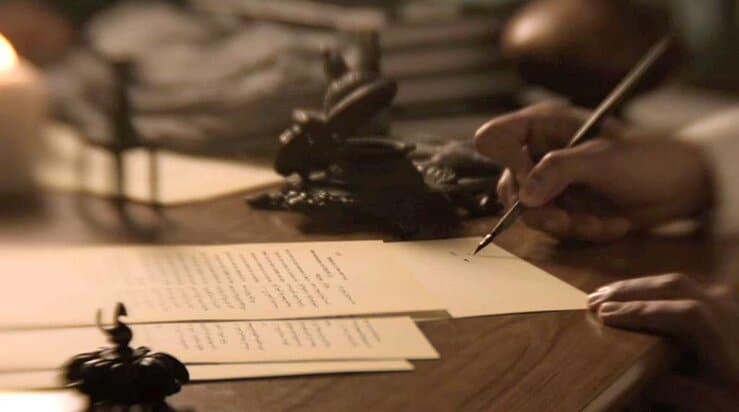 We’re all perfectionists when it comes to our writing – whether we want to admit it or not. Developing a writing process that works for you is one thing, but nailing the rewriting process is another challenge.

If you’re at this stage, the good news is you’ve done the hard part: the act of actually writing something. You’ve been hunched over, staring at your laptop for hours on end, drank perhaps way too much caffeine and definitely reconsidered your career choices at least ten times. But you finally have a rough draft!

The bad news, as we all know, is that it’s only the beginning of a long and meticulous scriptwriting process. So, roll back your shoulders and grab another cup of coffee (or something stronger!). It’s time to revisit, rework and rewrite your script.

What is a Rewrite?

Rewriting is an essential part of editing. It includes going through and strengthening a rough draft by altering what’s in need of improvement. This can range from changing a few words to cutting out entire unnecessary sections.

Ultimately, the rewriting process will polish subsequent drafts and evolve your project to the best place it can be.

Rewriting is when writing really gets to be fun….  In baseball you only get three swings and you’re out.  In rewriting, you get almost as many swings as you want and you know, sooner or later, you’ll hit the ball.

The weight of an unfinished project can be overwhelming. Rewriting is a particularly daunting task. And it can be a little heartbreaking too.

The best thing you can do after completing your first draft is take a step back.

In the meantime, acquire some honest, objective and constructive feedback on your script from a few trusted sources. A Script Doctor or Script Editor could be particularly helpful with this. Another set of eyes will be enlightening and can pick up on aspects you might have missed.

Whilst it’s difficult not to feel protective over your own work, other opinions and interpretations will only help it improve. They’re not only desired, they’re essential.

The next step of the rewriting process is re-reading it yourself.

WARNING: Reading back your own work may unearth cringe-worthy feelings, including embarrassment, mortification and complete humiliation.

Unless you are the most polished writer the world has ever seen, it’s highly likely your self-esteem will have taken several hits in the feedback process. But don’t give in. Besides, no one can tear you down better than yourself. So, once you’ve gotten past the initial discomfort, pick apart your first draft like it’s one of those dull classic novels you were forced to analyze in English class.

You could use colour coding to determine which parts you need to focus on.

It’s important you don’t focus too much on what’s ‘wrong’ with the draft. Be kind to yourself. Try to maintain a positive mindset. It’s challenging to overcome self-doubt, but attempt to ignore that devilish inner critic in your head – it’s mostly talking from fear.

Overpower those feelings by finding joy in your creative process again. Celebrate the little wins. Think about how great it’ll feel when you finally nail the scene that’s been tormenting you for weeks!

3. Breaking Down Each Scene

Be honest with yourself…

Go through your script and remind yourself of your intentions. Think about how each scene contributes to the overall story.

A helpful exercise is writing a one-sentence breakdown for your scenes.

It’s easy to get caught up in exciting new ideas and subplots when you’re first writing, so make sure you maintain focus now. If you notice you’ve gone a bit rogue, the rewriting process gives you the chance to set yourself back on course.

Trust your writing instincts. If a scene has flagged up as unimportant, isn’t flowing or just doesn’t seem quite right, make a note of it – there’s likely a reason you feel that way. You might not know it at first, but with time you will hopefully be able to source the reason for its discomfort.

Be ruthless. It might be soul-destroying to press that delete button, but it’ll ensure your script improves.

Conflict is key. Every story needs it to propel the narrative forwards.

Bullet point the main obstacle(s) in each scene. Remember that conflict should not only exist at the individual scene level, it has to be layered in throughout. If you notice during your rewriting process that the script is feeling a little thin, this might be why.

Visualize your screenplay on a table in front of you. Imagine there’s a camera zooming in and then panning back out again. Scrutinizing your script line by line and honing in on individual elements is important, but you also have to remember to see the screenplay as a whole too.

You could make a graph pinpointing where the dramatic points occur throughout. This will visually demonstrate the trajectory of how the tension builds. It’s a particularly useful exercise that will show you whether there are scenes or plot points that need to be reshuffled or readjusted during the rewrite.

Remember what will draw audiences in. The plot, of course, has to be solid and interesting. But audiences also need compelling, enticing and diverse characters they can enjoy. This will attach them emotionally to the story.

If you haven’t already, make an individual character sheet, noting down their traits and purpose. If you did this before initially writing, revisit it – is there anything you forgot or left out that might now benefit the story?

It can be fun to play around with dynamics as sometimes unexpected ideas or pairings appear – we see this on screen all the time. Think Monica and Chandler in Friends, their romance came seemingly out of nowhere, catching both them and the audience by surprise. But their relationship quickly became a fan favorite and benefitted the show.

You can always dig deeper and discover more about your characters. Therefore, if any of them are feeling a little flat, the rewriting process is a perfect time to enhance their depth.

Give your protagonist the most attention.

Long-standing television shows often end up switching protagonists part way through their run. The Walking Dead is well known for ruthlessly killing its characters and reshuffling the show’s dynamics.

Thinking about your screenplay as a whole:

Look back at your scene breakdowns again.

Make sure your characters matter.

Dialogue is often the bane of most writers’ existence. It’s tricky to create realistic and entertaining speech that retains the natural style of real life. When your ideas are first pouring onto the page, you likely won’t be thinking too much about how it sounds. And that’s okay. It’s better to just get it down. The rewriting process is where you refine it.

Next, read it out loud – either to yourself or with somebody else. Your natural flow will help you recognize whether you need to cut some speech out or readjust any awkward sentence structures.

Speech patterns are constantly changing. Different words with new meanings pop up all the time and it can be difficult to keep up. For instance, never assume you’ve finally got the grasp of writing realistic teenage slang – nobody ever will!

We writers seem to love bogging down our work with unnecessary backstory and exposition. Sometimes without even realizing it. The easiest trap to fall into (and almost everyone does it initially) is to rely on dialogue as a way of showing and not telling.

When you read back through your screenplay, obvious attempts of integrated exposition will jump out and you’ll probably question why you even felt the need to add it in.

There’s a fine line between offering your audience enough information and over-explaining. It’s important to keep people engaged and following along, having them actively participate. Instead of being completely on the nose, drip-feed your audience subtle hints.

Remember where the magic is – saying a lot with a little. You can almost always tighten and sharpen your writing, allowing for more space.

If you’ve recognized there’s too much telling happening, for instance, in your character descriptions and actions, then dialogue might actually become your saving grace. Have a look at how your characters express themselves in speech.

Amidst all the structural and word level changes, it’s easy to forget the simple things – spelling, grammar and punctuation.

It might seem a minor thing for a screenplay reader to pick up on and ultimately if your script is working in other areas you may get a pass. However, at the same time, a screenplay with messy spelling, grammar and punctuation can come across as sloppy and unprofessional.

When you rewrite, try doing it in smaller bursts rather than tackling everything at once. Otherwise, it’s far too easy to miss things. Moreover, you run the very easy and well-known risk of feeling so overwhelmed you can’t stand the sight of your own writing.

The beautiful part of writing is that you don’t have to get it right the first time, unlike, say, a brain surgeon.

Remember – complete perfection is impossible. Do not strive for something unattainable.

Most importantly, trust in yourself and your process. Without a structured process to fall back on rewriting can seem overwhelming. But with it, it becomes manageable and ultimately a step to creating an effective screenplay.

This article was written by Molly Hutchings and edited by IS Staff.

4 thoughts on “The Rewriting Process: 10 Key Steps to Perfecting Your Screenplay”