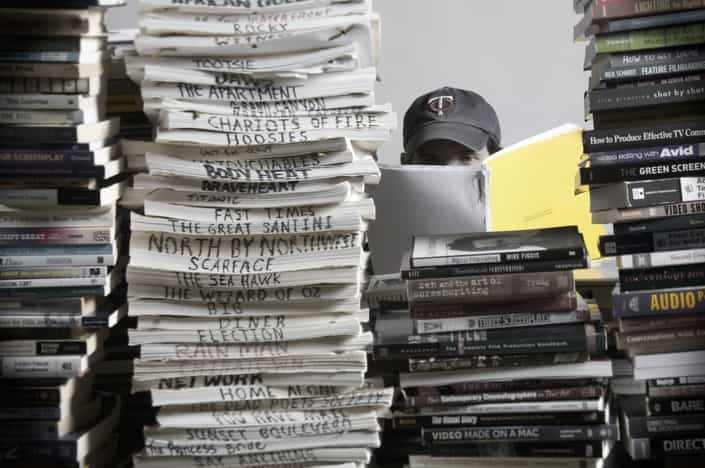 It is often argued that the first 5 pages of your script will make or break your chances in screenwriting ,at least in terms of making that initial first impression on busy script readers, development executives and producers. First impressions are important to get right and the very first impression of your screenplay will be the title.

Your movie title is the frontline of how your script will represent itself and therefore is important it accurately reflects what will come after that first page.

This article will give you 5 great steps to follow to make sure you don’t fall at the first hurdle and get that movie title just right.

First of all, there are some key mistakes to avoid before you’ve even started the process of finding your movie title:

The title of your film is the first piece of your work that the reader will see- give them the right impression. Your movie title should give the reader the immediate impression that you have genuinely taken time to think about every aspect of your script.

A great movie title, will often represent an equally great script. Getting your film’s title right will allow you to set the tone for your entire screenplay.

So, your Movie Title – Where to Start?

As the writer you should, in theory, know your script better than anyone else. Evaluate your script- ask yourself:

A good film title, in many cases, should indicate an idea of genre. This allows both readers and audiences to what the film may be about.

3 great examples of movie titles that are a helpful indicator to audiences of their content, are:

As this list reiterates, your movie title should exemplify the core essence of your script. Although some movie titles don’t conform to this ideal, it is definitely the best place to start.

For many movies the title relates to the main character, making the protagonist an eponymous hero. Most obviously superhero movies do this (SPIDERMAN, SUPERMAN, BATMAN) but ROCKY, FORREST GUMP and TED are examples of three movies from three very contrasting genres all using the protagonist’s name as the title.

Variations of the characters’ names can also be an effective way of indicating the main character’s name but also revealing something of the movie’s story and/or themes. For example:

Think about the setting of your movie, could that potentially be incorporated in to your title? This can be an effective way to conjure a name for your script. Whether the setting is a real place or a fictitious universe, these can be used effectively to give immediate context to your script. For example:

It’s important to remember, however, that location on it’s own isn’t always enough to indicate anything about the forthcoming story.

For example, do the titles MUNICH or PHILADELPHIA give much of an idea of the stories that the movies tell?

It would be quite hard to predict those movies go where they do just based on the titles. This doesn’t make them bad movie titles necessarily but always try and about a potential word or two added to the location to potentially make it stronger. 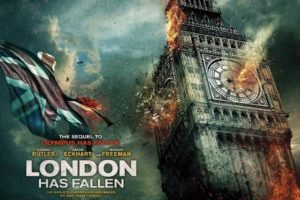 Another great way to generate your movie title is to evaluate the arcing emotions that your characters possess or their feeling towards their personal situation.

This can often create a greater enigma around the film, as the ambiguity will carry an intrigue.

Is there a central metaphor or image running through your script that sums up its themes and or/story?

This can be a tricky one to get right. It needs to feel organic to the script and likely already in there before you think of your title as merely added on it can feel transparent and pretentious in its intention.

Below are some great examples.

Of course these rules don’t always apply and it isn’t always necessary for a movie title to conform to the ideals stated above. There is no clear rule about what a movie title should or should not consist of.

Here is a list of wonderfully bizarre movie titles that fit managed to do this in great form:

ps. BIRDMAN: OR THE UNEXPECTED VIRTUE OF IGNORANCE. Another bizarre title whose success is arguable. What does the latter part mean and does it say much about the film’s themes? This is perhaps an example of a title that feels stretches unconvincingly in its desire to be quirky and interesting.

Step 3: Be Critical of Your Title

A good way to evaluate your movie title ideas is to be critical. It is not uncommon for a screenplay’s title to change at some point down the production line. However, this does not mean that you shouldn’t put time and effort into generating the best movie title you can.

All of you movie title ideas should be throughly tried, tested and evaluated before your final decision is made.

Here is a guide on do just that:

a) Break it Down:

Make a list of as many good and relevant title ideas that you can think of.

Then, break the list down, be brutal; you can’t be sentimental about your movie title. From the list select the three film titles that you believe to be your best.

This may be a good time to revisit the ways of generating the ideas stated above: featuring either character, location, emotion or metaphor influenced movie titles.

b) Get Feedback on Your Title:

Ask the people you trust what their opinions on your movie title names are. Give them a brief synopsis of your film too, therefore they will have a greater understanding of what the film is about. This, also will allow them to give you better feedback on your prospective movie titles.

Equally, feedback from strangers can often be helpful too. Give them the same information and you can ensure unbiased, honest feedback.

It could also be helpful to post these ideas to online screenwriting forums, likeminded people with an interest in the film industry are usually more than happy to give other cinephiles feedback on their ideas.

Feedback from professional readers who possess industry knowledge can also be a great option. There are many professional services such as our script coverage services that will provide you with great feedback on any of your movie title ideas.

c) Be Sure, Be Secure

It is always a good idea to have some form of a title. Never send out your script with the red flag of ‘working title’. Producers and production companies want to know you have complete confidence in your screenplay, and ‘working title’ can be seen as indecisive.

Take care over deciding your title, when the right movie title idea comes along, you’ll know. 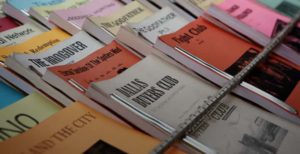 Although there is often dispute about whether a script title should be written in capital letters, or italicised or underlined. The truth is- it really doesn’t matter.

As long as your film title is positioned in the centre of the top of the page, approximately 4 inches from the top, as well as being written in the infamous script font Courier 12- point, it really doesn’t matter. As long as the format and punctuation is correct concerning your movie title, the actual form you write the title in is up to you.

If you need a bit more of an in-depth lesson on screenplay formatting, then our guide to screenplay font is a good place to start.

So you have written your screenplay, come up with a fantastic movie title idea and you’re ready to send. However, one of the most important pieces of information is missing- your details.

There are several industry standard rules to conform to:

Your name should be inserted four lines below your movie title. Whether you decide to write: “by” or “written by” isn’t an issue, just make sure it is in lowercase.

If the script is based on a someone else’s original work all you need to write include is “based on the novel/stage play by”- whichever one is the relevant material. This should, again, be positioned below your name and in the same style.

Equally, if you worked on the screenplay with another individual, all you need to do is write an ampersand (&) between both of your names. It is important that you write “&” instead of “and”, this is because by writing “and” you are suggesting that one of the writers was commissioned to do a rewrite of the other writers work.

Simply add your email address in one of the bottom corners on the title page. You may also add your address and phone number but this isn’t necessary. If you have an agent or manager then add their contact details instead of your own.

It’s important your script is formatted correctly, otherwise this will prove a headache for readers, executives and producers. This all starts with the title. If you need pointers as to what screenwriting software to use (which will help in formatting correctly) then check out are handy guide to the best free and paid screenwriting software.

Ideally, your movie title should be one of the first aspects of your script that you think of. However, as discussed above, it’s usually a good idea to have a solid idea of your script and the story it tells before you embark on this. Finding this balancing act can be tricky but it should be something that follows your journey writing the script, always thinking of the title alongside the writing process.

This way you will have time to think about the title, whilst your script develops. Write the title down, imagine it on posters, see how it looks on the title page, say it aloud – these are all techniques that will allow you to see test how much it holds up.

You’ll be lucky if you stumble across the perfect title after a short brainstorming session. You need to let it live with you for as long as you can – if it’s good it will stick with you and you’ll want to say it, write it, imagine it. If it’s not as strong it’ll hold up less and less the more you try it out.

Like your script, it won’t happen overnight.  It might be small but treat your title with the same patience and respect. For more guidance on perfecting the process of screenwriting, do check out our online screenwriting course.

Positive first impressions are crucial. Your movie title is integral to the first impression you give to the reader. It should aim to hint at genre as well as give a general taste of the story.

Remember to format your title page correctly. This is the first visual impression the reader will get of your screenplay.

Your movie title should reflect well upon you as a writer and your control over the narrative, don’t let yourself down.

We hope this guide has been helpful to you in your process of creating your perfect movie title ideas!