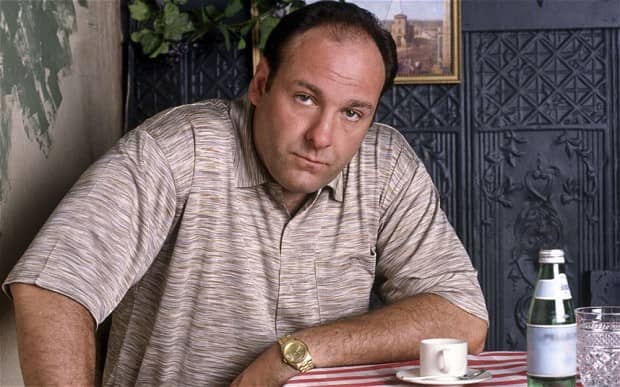 Welcome to Original Characters, an ongoing series of articles that will examine the most original characters to appear in both TV and film.

This first in our original characters series will look at one of the most memorable characters in television history –  Tony Soprano.

If you’ve never watched The Sopranos don’t fear, this post will contain no spoilers!

Who is Tony Soprano?

Tony Soprano is the head of two families, both inextricably entwined. One family is that of a wife and two children. The other family is a crime ‘family’, whose operations in New Jersey range from sweetheart construction deals to robberies to government extortion.

Throughout the series’ six seasons Tony Soprano struggles to deal with both of these different families – from teenagers who don’t do their homework to insubordinate, murderous captains. 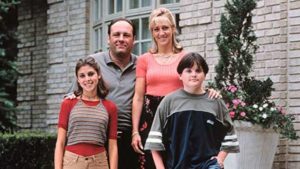 The golden age of television has made complex characters a staple of modern TV. Series are regularly filled with characters who aren’t strictly ‘good guys’ or ‘bad guys’. Instead, these characters have a little bit of both. Game of Thrones potentially represents the most wide reaching example of this kind of approach.

Tony Soprano, however, arguably represented one of the first of these kind of protagonists within mainstream Television. The Sopranos, in general, is full of characters that the writers implore us to grow fond of but who it becomes harder and harder to justify our like of.

The series writers and creators consistently challenge audiences to both like and dislike characters at the same time. The characters might be loving and charming in one scene but manipulative and murderous in the next.

These complex characters are what makes them so watchable and what makes following their character arcs so rewarding. By portraying characters as both good and bad, the writers get close to the truth of what real life is like. These are people who aren’t wholly good or wholly bad but who blur that line.

Modern audiences like to see these truths represented in fiction. It is part of an increasing desire for narratives to be honest about the world that they are portraying. Even if the worlds these stories are set in are fictional, such as Westeros, audiences crave for them to say something meaningful about the real world. 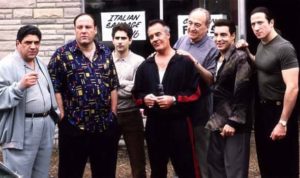 So why is Tony Soprano, the protagonist of The Sopranos, such an original character?

On the face of it, Tony Soprano is quite a traditional character, quite simply put – a mob boss. Not only is he a mob boss but he is an Italian-American mob boss from the New York area.

Cinematic history is littered with such characters. Characters such as Vito Corleone and Michael Corleone in the Godfather films or Paul Cicero in Goodfellas. Whilst such a character was at the time new for television, it still feels quite a traditional stock character.

As soon as The Sopranos begins, however, it signals to the audience that this is no normal exploration of a mob boss.

The first season of the series structures itself around Tony Soprano starting to see a therapist. This impetus comes after Tony suffering from a sudden and inexplicable anxiety attack. The therapy sessions form a narrative arc that continues throughout the entire six season run.

The Therapist’s psychoanalytic prodding is kryptonite for Tony Soprano, who likes to see himself as the epitome of the ‘strong silent type’. Instead of holding up this ideal of how a man should be, the Therapist forces Tony to delve deep into his traumatic childhood, his behaviour and his relationships. This helps Tony find the root cause of the anxiety that keeps causing him to have panic attacks.

The juxtaposition of how Tony Soprano wishes to be seen and reacts at his core is what makes him such an interesting character to watch. Both his internal and external conflict as a character is clear to see and fascinating to watch play out.

This dynamic, coupled with the expectations of him as a stock character and the layers stripped away from that, is what makes Tony Soprano such an original character. 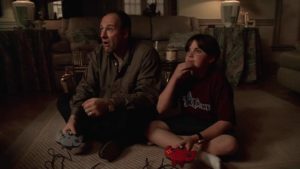 Furthermore, what do these two warring sides of Tony Soprano’s character tell us about the series themes overall?

There is a jar in the retrograde view of masculinity, where showing emotion is a weakness, coming up against modern therapy that seeks to get people to talk through their emotions. This jar speaks to the clash of 20th Century attitudes with 21st Century attitudes. This is a core theme of the series, set as it is at the turn of the century (1999-2007).

So much of Tony Soprano’s world view is based on his understanding of the ‘old days’. He looks to how things were done by his predecessors in both his two different ‘families’. In going to therapy this old world comes into direct contact with the new one.

As Tony Soprano sees it, the nose-down attitudes of those who came to the country in the early 20th Century are to be admired and emulated. Meanwhile, modern Americans live in relative comfort and seek to medicate their personal issues with therapy and pills. Tony resents these modern attitudes and yet falls increasingly susceptible to them.

This shift of attitudes and cultures is one of the main themes of the series overall and Tony Soprano is the characterisation of this theme. Tony’s struggle with this shift and clash is palpable for the audience to see.

A great character should represent the thematic question at the heart of the drama and an original character does so in a way not seen before. Tony Soprano more than checks that box. 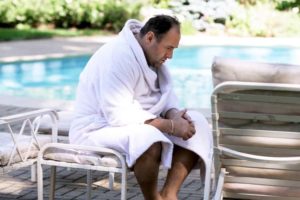 The unpredictability of Tony Soprano

Another aspect of Tony Soprano that makes him such an original character is the way in which the audience are constantly kept on edge as to what his actions will be.

The writers encourage the audience to try and see why Tony makes the decisions he does. However, they always stop just short of giving it completely away. The Sopranos is masterful in its use of show-don’t-tell writing, with great dialogue rich in subtext at every turn. The characters might talk fast but they rarely say what they really mean.

Tony Soprano surprises the audience at every turn, rarely reacting how you think he will to a situation. The series always shows us the threads of what drives his actions. However, it’s usually only after Tony commits his actions do we truly understand where they’ve come from.

Anger is a key characteristic in Tony’s personality and this is in part what makes his unpredictability so potent. He overreacts to situations that don’t warrant the anger and emotion he shows.

In turn, this unpredictability encourages the audience to analyse where this anger in Tony is stemming from and what it’s really about. Is it his traumatic childhood? His anxiety about death? His fractured relationship with his mother? The audience are often left with these questions to answer themselves.

It’s hard to think of another character whose subconscious we come to so intimately understand as that of Tony Soprano. The show’s many episodes delving into Tony’s dreams are part of what helps achieve this. Tony’s dreams tease the audience to guess at what they mean for his actions past, present and future. 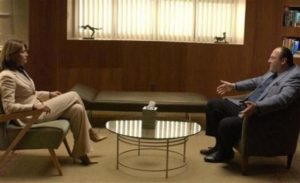 The cultural impact of Tony Soprano

Another way of assessing an original character is looking at their impact on film & TV and on culture as a whole. The cultural reach of a character like Tony Soprano is so large it feels almost hard to quantify.

He defines the complicated, both good and bad, character – the type of which peppers great modern television, from Game of Thrones to Barry.

Would a character like Walter White exist without Tony Soprano coming before him? It feels unlikely. The Sopranos wetted modern audiences’s appetite for characters whose instincts get the better of their moral compass.

The role of Tony Soprano defined James Gandolfini’s acting career. It is striking watching the series what an incredible screen presence he is. The combination of his magnificent performance and the brilliant writing of his character makes Tony Soprano a modern day synonym for a character whose presence hits you as a force of nature.

He’s a character who is still widely discussed culturally, more than a decade after his final appearance on screen.

The feeling that he could well exist in the real world is another example of him being such an original character. Where would he be now? What would he think of what’s going on in the world today? (we regularly see him throw a passing comment on current affairs within the series). Would he have voted for Trump?

Tony Soprano is the perfect example of an original character.

In his subverting of a cinematic stereotype he adds a whole new layer to the mobster genre. Furthermore, his erratic personality constantly challenges the audience to keep pace with him and his actions. Finally, in the analysing of his life through therapy we come to understand the psychological source of his stress, anger and anxiety.

As a result of this complex characterisation, we as viewers perhaps see something of our own life reflected back at us. This is really the holy grail of what all great drama seeks to achieve.

Tony Soprano didn’t happen overnight and neither will your character. If you need guidance of where to begin on creating original characters within your screenplay, check out our comprehensive guide to writing characters that fascinate.

We’re going to be looking at a whole host of original characters in this series. Have any suggestions? Please do leave them in the comments section.

In the meantime, check out our other articles on character, starting with our Genius Character Reveals series.