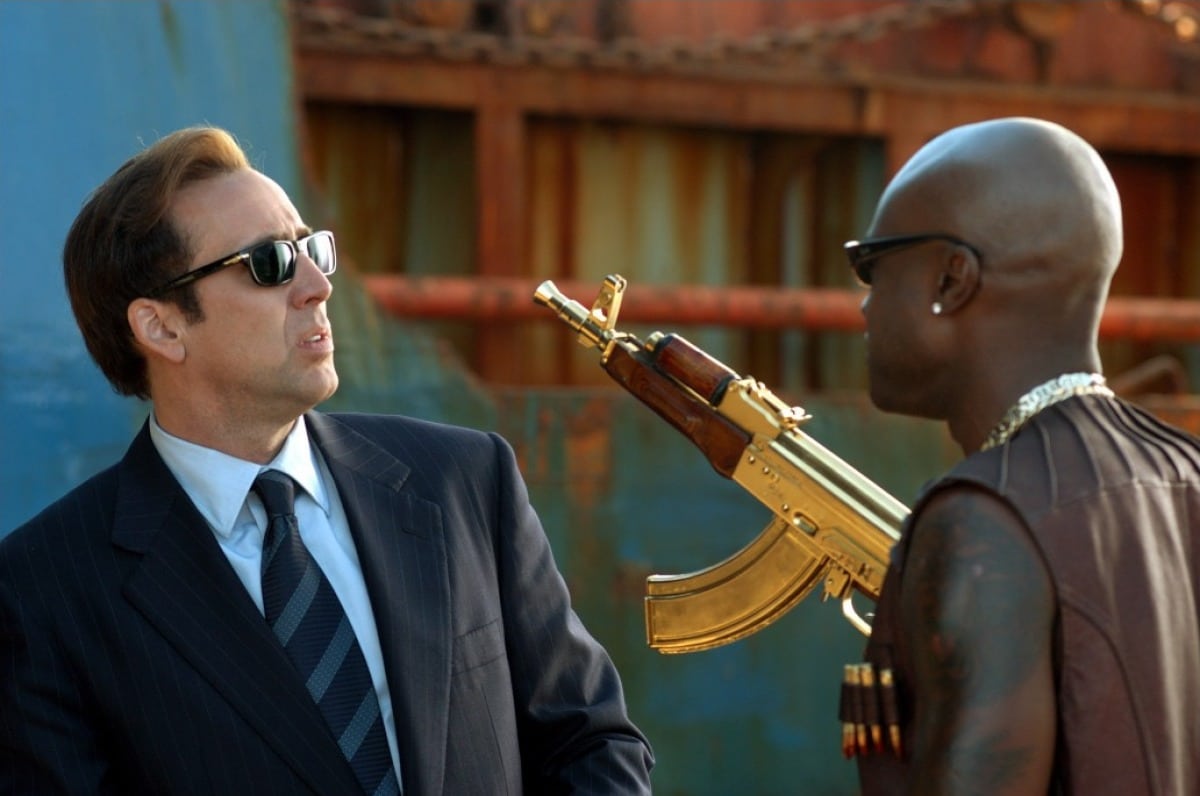 The film: Andrew Niccol’s ambitious but uneven 2005 LORD OF WAR – the inspired-by-true-life-events tale of an international arms dealer – a film with a penchant for voiceover, but which takes off when the script settles down into the present active. 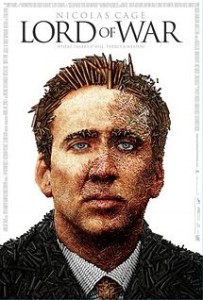 The plot: Yuri Orlov (Nicolas Cage) sees the profit to be made in gun-running, and convinces younger brother Vitaly (Jared Leto) to quit the family restaurant and go into business. Arming both sides in the 1982 Lebanon War, Yuri attracts the attention of un-bribable Interpol agent Jack Valentine (Ethan Hawke) – juggling his younger brother’s growing drug problem, with a marriage and child, and numerous international conflicts, Yuri lives a charmed life – until the law catches up with him…

The scene: Interpol agent Jack finally catches his man, and engages in the usual gloating interrogation, showing Yuri the front page headlines his big catch has generated, and revelling in the court and prison time Yuri will serve. Yuri though responds with a calm demeanour – riling Jack, who thinks Yuri is delusional – as Yuri outlines just why he won’t serve any prison time. Yuri has rubbed shoulders with vile men and warlords – but many are the enemies of America’s enemies – and so need to be armed. With the US President the world’s biggest arms dealer, men like Yuri are needed to keep the President’s hands clean on the dirty jobs – a ‘necessary evil’ – and Yuri will soon be released. watch the scene here

Why it’s unheralded: LORD OF WAR’s middling box office diminished audience, whilst much of the attention went on the weapon-porn imagery or the audacious opening ‘bullet life’ scene, which followed a bullet from factory to shipping to warzone to gun and into a child soldier’s brain (which you can watch here)

Why it’s great: This is an end of the line, how-will-he-survive moment for Yuri – seemingly cornered, with no hope of escape. His logical argument assaults both the audience and Jack – that bad men are needed to do the dirty work – pulling a great 180 degree spin, a gut punch to his antagonist and our moral lines. After recent Western backed uprisings, and the controversy over Russia’s role arming Ukrainian rebels, the scene is a timely reminder of the shadowy forces at play in the world.

If you enjoyed this article, why not check out our Unheralded Scene: THE WILD BUNCH (1969)?