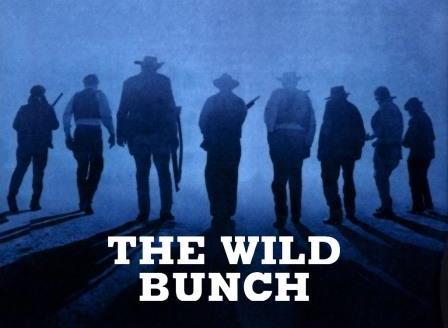 The film: Arguably the greatest Western ever made, no other film nails that fin de siècle feeling quite as well as Sam Peckinpah’s visceral, primal, violent masterpiece. The performances are searing, and brilliant, the themes powerfully executed, and the cinematography inspired a generation of filmmakers. In our top-5 of all time. 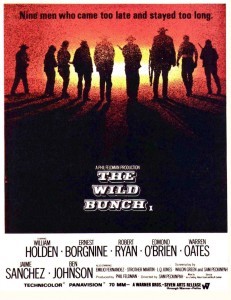 The plot: A few months before World War I, an aging band of outlaws led by Pike Bishop rob a Texas bank intent on using the money to retire. When the robbery goes wrong, the gang is forced to flee to Mexico with Bishop’s reformed ex-partner, Deke Thornton, in hot pursuit. With nothing to show for the failed robbery, Bishop’s gang agrees to steal a shipment of guns for General “Mapache” Juerta, to restore their fortunes. With Thornton closing in, and their association with the evil Juerta trying their conscience, Bishop and co. prepare for their lawless past to catch up with them.

The scene: It’s the end of the film, and all “The Bunch” bar one, are dead. The lone survivor is the cackling Freddie Sykes (Edmond O’Brien). He’s the oldest of the crew, and engages in the least combat over the course of the story. The genuis of the character is that below the unhinged surface, the wild laughter, the unintelligible ramblings, lurks a wisdom beyond the rest of The Bunch. In this Unheralded Scene, Sykes is in cahoots with a new ramshackle crew, and chances upon the downtrodden figure of Deke Thornton, the tragic “Henry Hill” figure of the story in some respects, who was not only forced to hunt the very men he admired (We’re after men – and I wish to God I was with them”, he says earlier), but also failed to either catch or save them.

Sykes: What are your plans, now?

Deke Thornton: Drift around down here. Try to stay out of jail.

Sykes: Well, me and the boys here got some work to do. You want to come with us? It ain’t like it used to be; but it’ll do…

Thornton offers a wry, non-committal grin, and Sykes promptly launches into the most gutteral, prolonged, booze-soaked cackle you will ever hear in the cinema…

Why it’s unheralded: The scene’s nowhere near as explosive as the many classic sequences in the film, nor does it offer up any of Pike’s roughly-eloquent pearls of wisdom that appear elsewhere in the film, and have proved iconic (“We’re gonna stick together, just like it used to be! When you side with a man, you stay with him! And if you can’t do that, you’re like some animal, you’re finished!). Oh, and it also features an old man with horrendous teeth and bits of food in his beard cackling hard for a very long time. Which might have something to do with the scene’s less-than-famous status.

Why it’s great: What endures about the scene is the way it connects to both the title of the film, and one of its key themes. The story is ultimately about how the West was tamed, how it’s “wildness” gradually gave way to technology and social progress, how men like “The Bunch” became obsolete accordingly, as their skillset fell out-of-sync with the land. And this feeling of that clash between wildness and “normality” is infused in every scene. So Sykes sheer craziness, the sheer length of his cackle (and you have to hear it to believe it) is essentially the film’s final, ultimate “fu$% you” to the onset of civilisation as, despite just witnessing the bloody deaths of 5 of his friends, the wild old man is just going to crash on regardless…and there’s a poignance to that which makes the scene truly great.

If you enjoyed this article, why not check out our Unheralded Scene: GATTACA (1997)?