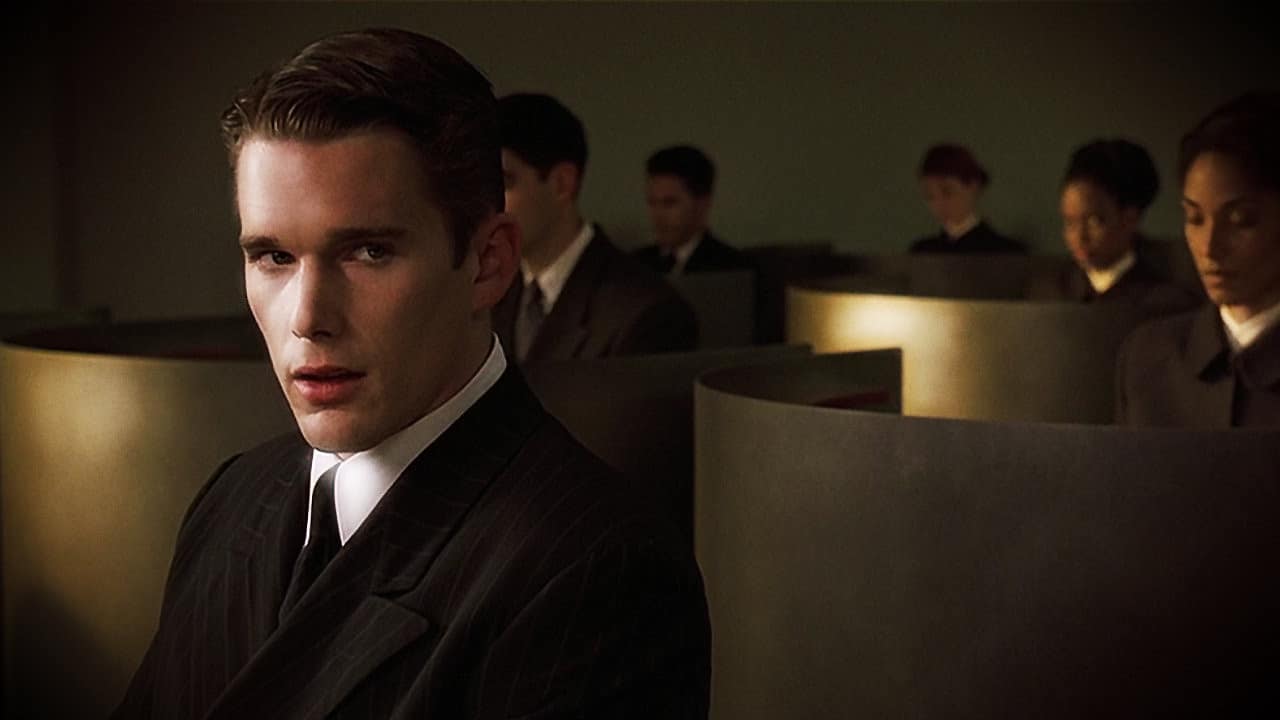 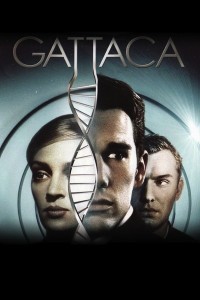 The film: A modern classic fusing science-fiction, genetics, religion and even thriller elements, GATTACA is set in “the not too distant future” and charts the journey of Vincent Freemen – part of the underclass (an “in-valid”) in a world in which genetic engineering isn’t just rife, it’s an integral part of society. Vincent dreams of the unthinkable for a man with his flawed genetic make-up – becoming an astronaut – and sets out on a tumultuous path to achieve this goal by impersonating Jerome Morrow, a “valid”…

The scene: When they were boys, Vincent would swim in the sea against his younger – and genetically superior – brother, Anton. With his weak heart and lungs, Vincent would often struggle but one day managed to dig deep and beat his brother. Vincent leaves home and they don’t see each other for many years. Years on, and Anton is an officer of the law, homing in on a murder at Gattaca – the space academy where Vincent/Jerome trains. In a charged confrontation Anton realises who Vincent is, and threatens to bring him in, but Vincent baits Anton with the memory of how he needed saving, once, and the pair swim again for the final time…

Together, they enter the raging surf.  Diving through the breaking waves, they begin to swim.

In the moonlit night, we watch their two bodies swimming side by side.  They swim a long distance, Anton waiting for his brother to tire.  But the pace does not slacken.  Anton pulls up in the water.  Sensing his brother is no longer beside him, Jerome also pulls up.  They tread water several yards apart.

(attempting to conceal his distress)

How are you doing this, Vincent?  How

have you done any of this?

Now is your chance to find out.

Jerome swims away a second time.  Anton is forced to follow once again.  Angry now, gritting his teeth, Anton calls upon the same determination we have witnessed during his constant swimming in the pool.  He puts on a spurt, slowly reeling in Jerome.

Anton gradually draws alongside Jerome, certain that this effort will demoralize his older brother.  But Jerome has been foxing – waiting for him to catch up.  Jerome smiles at Anton.  With almost a trace of sympathy, he forges ahead again.  Anton is forced to go with him.  They swim again for a long distance.

It is Anton who gradually becomes demoralized – his strokes weaken, his will draining away.  Anton pulls up, exhausted and fearful.  Jerome also pulls up.  However his face displays none of Anton’s anxiety.

They tread water several yards apart.  The ocean is choppier now.  The view of the lights on the shore is obscured by the peaks of the waves.

Vincent, where’s the shore?  We’re too far out.

We have to go back!

Too late for that.  We’re closer to the other side.

Anton looks towards the empty horizon.

What other side?  How far do you want to go?!

Do you want to drown us both?

How are we going to get back?!

Jerome merely smiles back at his younger brother, a disturbingly serene smile.

You wanted to know how I did it.  That’s

how I did it, Anton.  I never saved anything

for the swim back.

Why it’s unheralded: The film’s “science lesson” -type image didn’t exactly propel it to box office glory despite extremely positive reviews and the star wattage of Hawke and Thurman: it ultimately took just $13m on its US cinema release. So ultimately although home box office receipts are doubtless positive, this is a relatively straightforward case of a terrific film that just not enough people have seen.

Why it’s great: GATTACA’s script is impressive in a number of areas, but chief among these is its ability to persuade an audience to invest in a protagonist’s dream. Whether you dream of space flight or winning Crufts, there’s little doubt that by this point in the film you are 100% behind Vincent/Jerome’s dream irrespective of your interest in his chosen subject matter. By this point we have felt his pain at the various injustices and hardships thrown his way, and marvel at the discipline and dedication he’s shown to even reach this point. So, when, his arrogant younger brother – with all the genetic and social advantages thrown his way – still can’t beat him, our collective hearts soar at the ability of the human spirit to overcome adversity and beat the odds. Hollywood has produced many iffy taglines over the years, but GATTACA’s isn’t one of them and pretty much nails the appeal of the movie in one fell swoop: “there is no gene for the human spirit”.

If you enjoyed this article, why not check out our Unheralded Scene: FEAR & LOATHING IN LAS VEGAS (1998)?