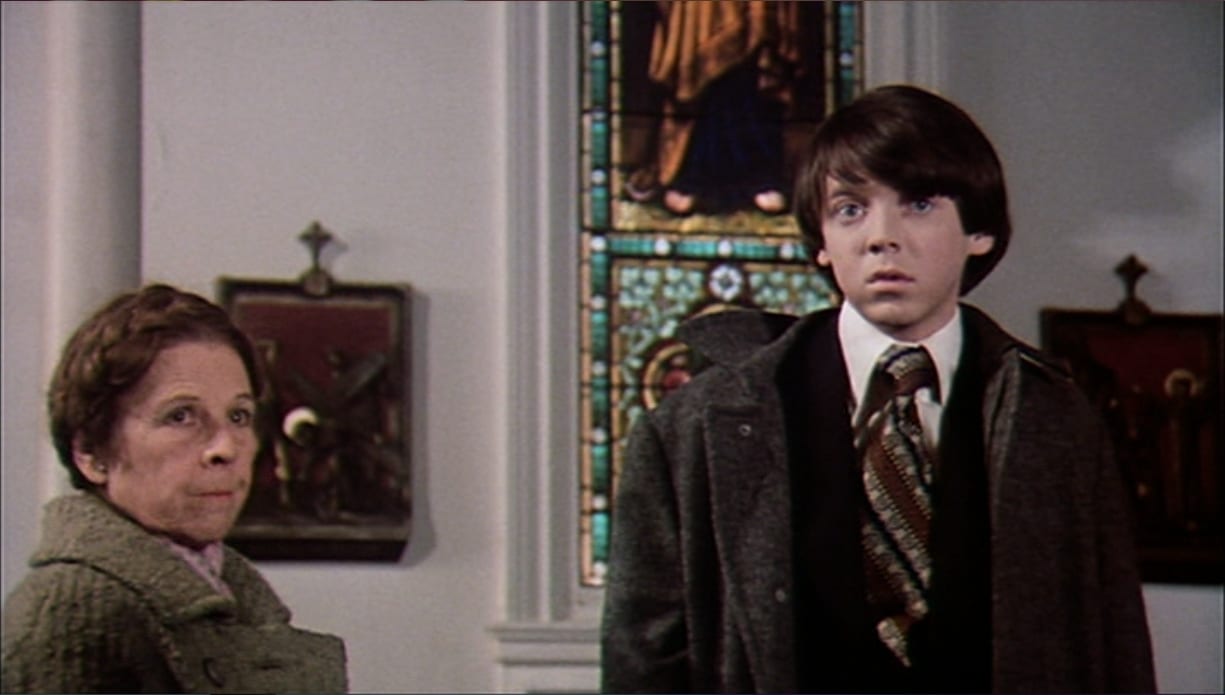 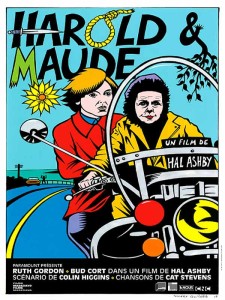 The film: Though revered ‘70s director Hal Ashby (THE LAST DETAIL, BEING THERE) slipped off the radar during the 1980s before his premature death in 1988, his whimsically ironic work remains a profound influence for writer/directors like Alexander Payne and Wes Anderson, with HAROLD & MAUDE perhaps his most enduring film. Written by Colin Higgins (9 TO 5, THE BEST LITTLE WHOREHOUSE IN TEXAS), HAROLD & MAUDE is a delicious black comedy enlivened by a memorable score of Cat Stevens songs and powered by stellar performances from Bud Cort and the great Ruth Gordon.

The plot: Harold is a young man obsessed with death who hangs out at funerals to sate his curiosity about what happens when you die. It’s at one such funeral that he encounters Maude, an irrepressibly outspoken old lady who takes the shy boy under her wing and teaches him the importance of focusing not on death but on life and everything it has to offer.

The scene: Perhaps the greatest obstacle for Harold to overcome in the story is his relationship with his overbearing and domineering mother, Mrs Chasen (Vivian Pickles), and this scene brilliantly articulates both his inability to stand up to her and the deleterious effect she has on him. In her desperation to find him a girlfriend, Mrs Chasen decides to sign Harold up to a dating agency, for which he needs to fill in a questionnaire. Part of the glory of Mrs Chasen as a character is her complete inability to see her own awfulness; she genuinely thinks she’s helping as she provides her own answers to questions designed for Harold. Meanwhile, Harold demonstrates his frustration in a superbly visual and inherently comical series of actions that play off his mother’s relentless “questioning” to wonderful effect.

Why it’s unheralded: Everyone remembers the Cat Stevens’ songs (especially If You Want To Sing Out, the movie’s theme tune), the relationship between Harold & Maude, and of course the particularly transgressive moment when that relationship is cemented near the end. There are also some incredibly moving moments, not least the brief glimpse Harold sees of Maude, late on in the film, that silently and elegantly reveals the root of her determination to live life to the full. But what really makes the picture is the accumulation of brilliantly visual black comedy – and this scene encapsulates this to a tee.

Why it’s great: The main take-home element of this scene is the way it defines the story’s tone. Deliberately extreme and “unrealistic” – Harold kills himself by the end, as he does several times throughout the film – the scene confirms that we aren’t supposed to take everything in the story literally, and this allows the writer great leeway in terms of where he can go. At the same time, even at this heightened level, the scene is rooted in a recognisable emotional reality, that of a son and his overbearing mother who refuses to listen to him or even notice when he shoots himself in the head. This combination of the real and the unreal, built upon a credible emotional foundation, allows for enormous wit and invention, and makes both this beautifully constructed, slow-build scene and the film as a whole a true pleasure. Black comedy being one of the hardest tones to get right, this scene from HAROLD & MAUDE is a masterclass in simplicity and in how to handle the balance between humour and tragedy, so that an audience can laugh at the darkest ideas imaginable.

If you enjoyed this article, why not check out our Unheralded Scene: LORD OF WAR (2005)?

– Struggling with a script or book? Story analysis is what we do, all day, every day… Check out our range of services for writers & filmmakers here.