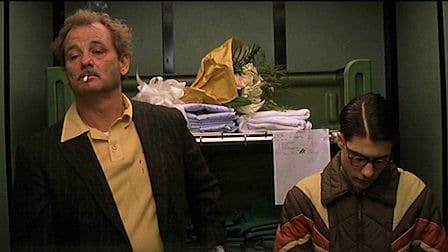 The film: Wes Anderson’s sophomore film, following on from his debut BOTTLE ROCKET, firmly established his arch, theatrical style, winningly sly humour, and the relationship with Bill Murray that helped reintroduce the latter to a whole new audience after a relatively fallow period since the smash hit GROUNDHOG DAY. Powered by a ‘60s rock soundtrack and featuring great central performances from Jason Schwartzman and the then-relatively unknown British actress Olivia Williams as love interest Rosemary Cross, the film in many ways remains one of the most accessible and immediately rewarding – not to mention least divisive – of Anderson’s work (with his animated triumph FANTASTIC MR FOX coming a close second in this regard). 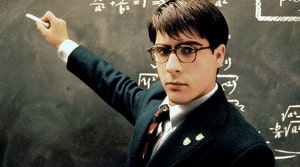 The plot: The story concerns Max Fischer (Schwartzman), a preternaturally self-confident young student at private school, Rushmore, who throws himself with gusto into every activity going, to the point where it threatens his ability to remain at the school. Since Rushmore is the only thing that gives sense to his life following the death of his mother, the prospect of being thrown out fills him with dread, but a ray of light comes in the form of Herman Blume (Murray), a successful businessman and alumnus of the school, with whom he forms a supportive friendship that gives him some guidance and helps him stay on track… That is, until they both fall in love with a teacher at the primary school, the charming Miss Cross. Then, rivalry and jealousy threatens not only to destroy their friendship but everything else that Max holds dear.

The scene: As the love rivalry between Max and Blume escalates, they take increasingly extreme steps to discredit – and ultimately harm – each other so as to win Rosemary’s hand. In this scene, Max unleashes a swarm of bees into Blume’s hotel suite, after which Blume destroys Max’s bike, which in turn prompts Max to make an almost murderous attempt on Blume’s life – culminating in Max’s arrest and leading to perhaps the most devastating moment in his life to-date: his expulsion from Rushmore.

Why it’s unheralded: While montages can often be derided as a lazy or predictable short-cut, this one illustrates the fact that in the right hands (as with any cinematic technique) it’s anything but. The combination of the perfect music track, ingenious ideas, and a brilliant visual sense that heightens the comedy without losing hold of the essential truth of the characters and situation leads to a truly inventive and memorable sequence in the story.

Why it’s great: There are many reasons why this scene is so great. The music (with its ironic “You are forgiven” refrain); the use of slow-mo to make one of the geekiest characters in cinematic history look cool; the wonderful escalation from Blume’s wry smile of admiration to Max’s attempt at murder; and above all the brilliant pay-offs that see a brief allusion to Max’s involvement in the bee-keeping club during the film’s opening, and his riding of a bike throughout, come to excellent fruition… Everything is in perfect sync, bringing a smile to the viewer’s face and setting up the film’s second half where, having come to such a dramatic head, their rivalry must ultimately be resolved one way or the other.